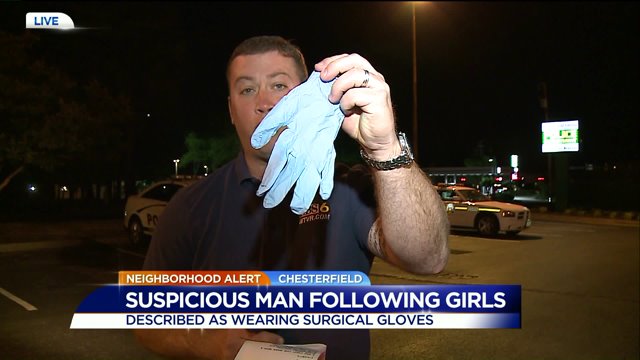 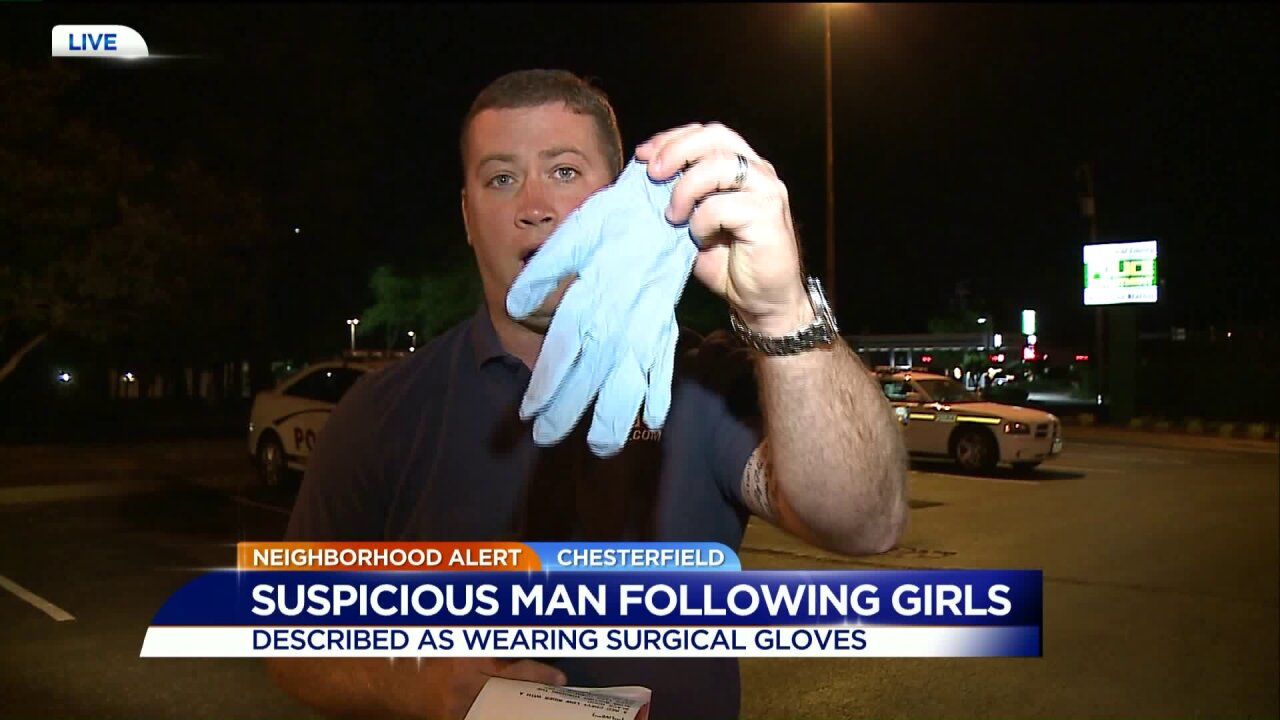 CHESTERFIELD COUNTY, Va. --Two middle school aged girls were walking down Twelve Oaks Road in the Glen Tara neighborhood off Bailey Bridge Road in Chesterfield Sunday when they said a man driving a red Chevy low-rider truck with a black hood crept by them. While the man acted suspicious, according to the girls, it was what he wore that truly creeped them out.

"I was like, ‘Did you see what he was wearing?’ and she was like, ‘Yeah, it was really weird,’" one of the 12-year-old girls told WTVR CBS 6 reporter Jon Burkett.

"He was wearing blue gloves, a fisherman's hat and had on dark clothes with a hooded sweatshirt," neighbor April Huddleston said.

Chesterfield Police took a report, but point out there's no indication the man spoke to any of the girls. So they said that there is no violation of the law. Parents still want others that live in Glen Tara and nearby neighborhoods to be on the lookout.

"I want people to be aware of what's going on around here," said Huddleston. "Around here, we all know each other. And most of the time we feel safe, but with this going on we will watch out for them a little harder to make sure they get where they're going safely."

Police always urge parents to report suspicious activity and Huddleston said it's better to be proactive than reactive.

Another woman on Glen Tara Drive, who asked not to be identified, said she saw the truck roaming the streets in their neighborhood again Thursday.