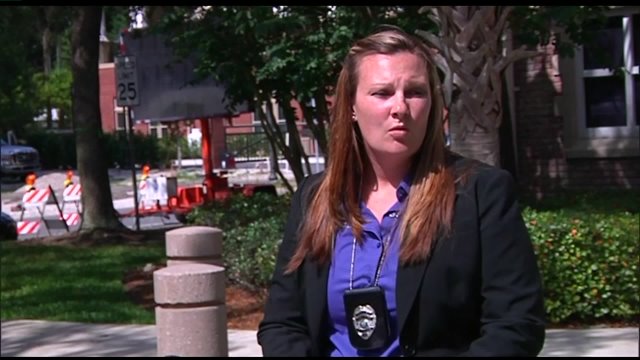 LAKE MARY, Fla. -- George Zimmerman -- the man acquitted by a Florida jury over the death of Trayvon Martin -- was involved in a shooting in Lake Mary, Florida, on Monday, police spokeswoman Bianca Gillett said.

A police spokeswoman said that Zimmerman, who was transported to a local hospital for minor injuries, and has since been released, was not the shooter.

"He walked normally into the ambulance, so he wasn’t being helped or nothing,” witness Ricardo Berrare told WESH-TV.  "They actually backed up the ambulance next to his driver side so he could walk into the door."

The shooting is under investigation, but it appeared to be some type of road rage incident, Gillett told CNN.

The spokeswoman identified the other person involved in the shooting as Matthew Apperson.

According to witness this is shooter's car involved in road range incident involving George Zimmerman pic.twitter.com/KYo7AMLRCT

An employee at a nearby business, Kenneth Cornell, said he was exiting his car after lunch when a man drove up and started yelling about the shooting.

The man shouted to Cornell: "I shot George Zimmerman, call 911. I don't have a phone."

Cornell said the man didn't know whether Zimmerman was hurt. He called 911.

Back in the Headlines

It is the latest headline-grabbing incident for Zimmerman since his acquittal in July 2013 on a murder charge in the death of Martin, a 17-year-old African-American.

On that day, Zimmerman, a neighborhood watch captain in Sanford, Florida, called 911 to report "a suspicious person" in the neighborhood.

He was instructed not to get out of his SUV or approach the person, but Zimmerman disregarded the instructions. Moments later, neighbors report hearing gunfire.

Zimmerman was pulled over for speeding in northern Texas in July 2013, a few weeks after he was acquitted of Martin's death.

He apparently had a firearm in the glove compartment of a vehicle, prompting an officer to tell him, "Don't play with your firearm, OK?"

He was sent on his way with a warning.

In November of that year, police took him into custody at his then-girlfriend's home in Apopka, Florida, after an apparent fight.

He was arrested on aggravated assault and misdemeanor counts of domestic violence battery and criminal mischief, but the woman later asked that the charges be dropped and Zimmerman was not prosecuted.

In September 2014, police in Lake Mary said a man claimed Zimmerman threatened to kill him during a road rage incident. He wasn't arrested in that incident.

Then, in January, he was arrested on another domestic violence complaint after he allegedly threw a wine bottle at a girlfriend, his lawyer Don West told reporters at the time. She later recanted and charges were never filed, WESH-TV reported.