How one man said hair loss drug ruined his life 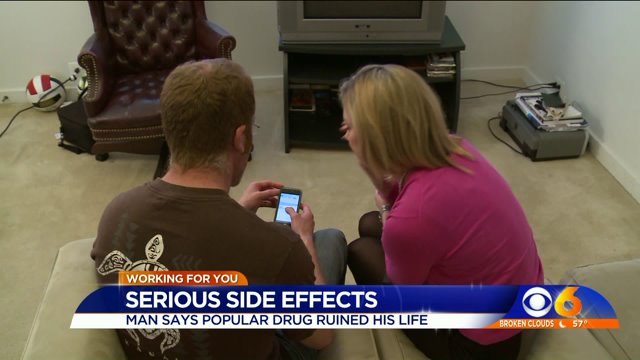 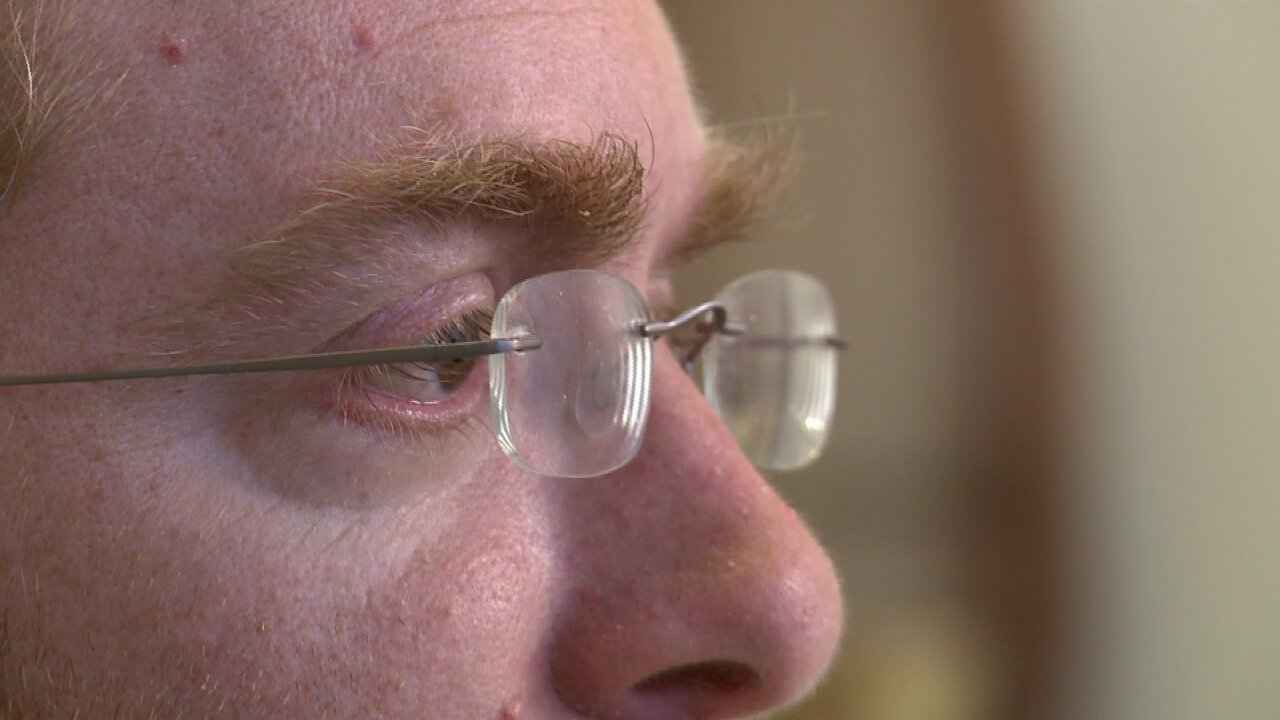 RICHMOND, Va. -- Life has taken an unexpected turn for 35-year-old Matthew Dershewitz. Up until a month ago, Dershewitz taught fitness classes at Gold’s Gym in Arlington, worked as a teacher in an area hospital and had a successful tutoring business.

"I used to make people do push ups and all sorts of high intensity training exercises," Dershewitz said. "I was running around town and loving life, and then this all happened."

What happened? Dershewitz said it all started about one year ago when he woke up feeling lethargic, and extremely anxious. He said he also lost his sex drive.

We’re talking about a total system shut down. - Matthew Dershewitz

"We’re talking about a total system shut down," Dershewitz said.

He could not figure out what was wrong until he went online and searched for information about a drug he had been taking for more than 10 years. Dershewitz started taking the hair loss drug Propecia when a dermatologist told him he was losing hair.

"I was 23 years old. What 23 year old wants to lose their hair?" Dershewitz said. "We talked about side effects, and she [his dermatologist] assured me it was very safe, and like all drugs you could stop it and at any time you would be okay."

But, Dershewitz said, he has not been okay.

He said he stopped taking the drug in December 2014 hoping his symptoms would go away, but he said they only got worse.

"My arms used to be popping out of my shirt, my body has completely atrophied, I lost 20 pounds in just over three months," Dershewitz said.

An email provided to WTVR CBS 6 by Dershewitz showed a neurologist in New York City diagnosed Dershewitz with Post-Finasteride Syndrom. Finasteride is the clinical name for Propecia.

We have no way to reverse this. - Dr. Michael Irwig

"We have no way to reverse this," Dr. Michael Irwig, an endocrinologist at George Washington University who said he saw a lot of patients suffering from Post-Finasteride Syndrome, said. "They may have anxiety, depression, sleeping problems, low energy."

Dr. Michael Irwig said his research led the FDA to enhance the labeling on Propecia three years ago. It now requires the drug’s maker, Merck, to include persistent sexual side effects on its labels. But, he said, those labels need the FDA’s strongest warning to address other life-altering side effects he said he uncovered through his research. Those side effects include serious depression and suicide.

"I’m aware of five to ten suicides, which have been associated with this medicine," Dr. Irwig said.

Irwig also pointed to a study released by Northwestern University’s School of Medicine in April 2015 and published in the Journal of the American Medical Association that raised questions about the clinical trials Merck conducted prior to first releasing Propecia.

"It found that all of these trials did such a poor job at looking at risk and safety, they didn’t assess side effects well, they didn’t report these in their findings," Dr. Irwig said.

In a statement provided to WTVR CBS 6, a spokesperson for Merck defended the safety and efficacy profile of Propecia.

Merck conducted well-designed clinical trials and stands behind the results, which were reported to the FDA and regulatory agencies around the world.

The Food and Drug Administration has tallied more than 2,600 cases where patients reported adverse effects after taking Propecia over the past five years, according to information received through a Freedom of Information Act request. The vast majority of those cases involve sexual dysfunction, depression and anxiety.

Dershewitz said he still held out hope that he would one day return to his old self. But, in the meantime, he wanted to warn others to think about the risks they were willing to take in order to happy with who they saw in the mirror.

"If their doctor had told them this drug might mess you up for life do you still want to take it? No one would have said yes," Dershewitz said.

Although Dr. Irwig said he had serious concerns about the safety of Propecia, he added clinical trials found fewer than one percent of people who took the drug had persistent or permanent sexual side effects.