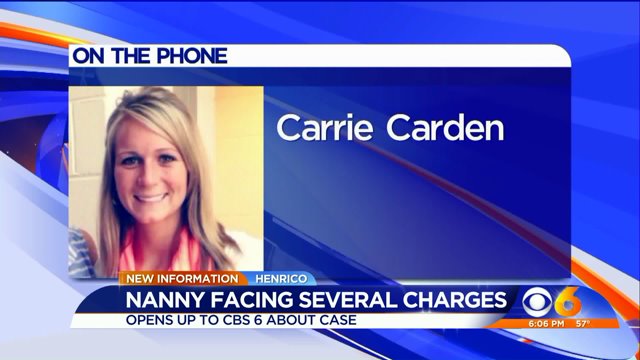 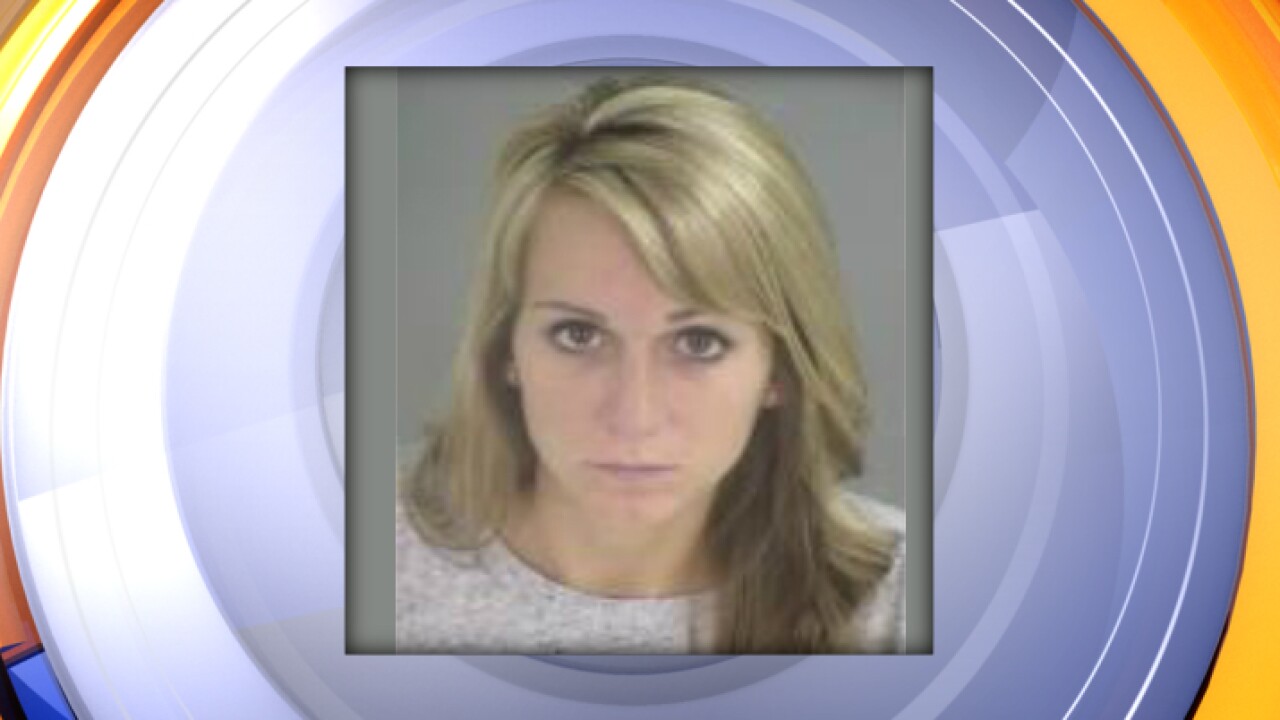 HENRICO COUNTY, Va. -- A Henrico woman is facing a child neglect charge for allegedly leaving a two-year-old alone in the car at West Broad Village in Short Pump. This happened two weeks ago in the 2000 block of Old Brick Road when Henrico police said a passerby called 911 after spotting the baby alone inside a running vehicle.

However,  officers said when Carrie Carden came out of the store, she got into her vehicle and tried to drive off. That's when the good Samaritan tried to use her car to block in the 24-year-old to stop her from leaving.

“Carden attempted to drive around the vehicle, and the victim exited her vehicle to block Carden from leaving and Carden pushed the victim out way with her vehicle,” Henrico Police spokesman Lt. Chris Eley said.

Carden, who allegedly fled the scene after hitting the woman, has been charged with contributing to the delinquency of a minor and driving with a suspended license.

She has served as the child's nanny for two years now