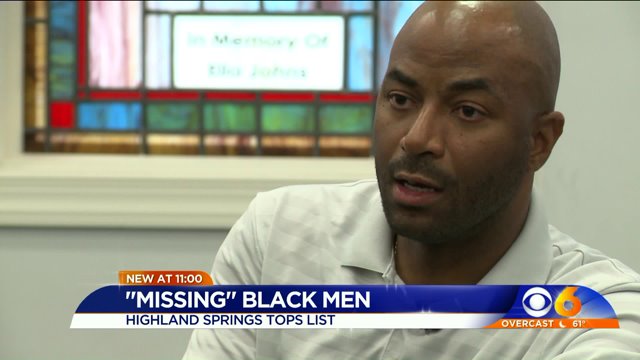 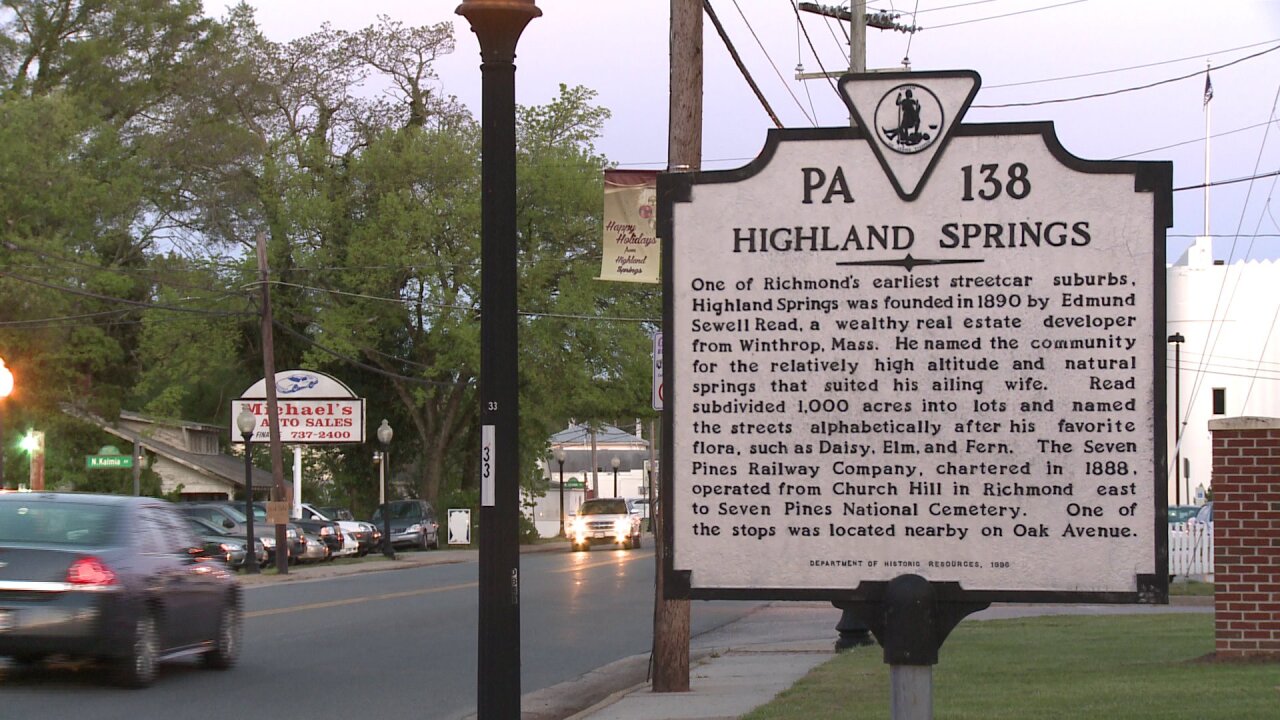 HENRICO, Va. -- A recent New York Times article found Highland Springs in Henrico County has one of the largest proportions of “missing” black men ages 25-54 in the country due to incarceration and early death.

The article published on April 20 is titled “1.5 Million Missing Black Men,” to represent the number of black men are missing from U.S. communities. Its authors used census data and found that for every 100 black women in U.S. communities, there are only 83 black men.

According to the article, those numbers are even more desperate in several communities with at least 10,000 black residents.

The article cites Highland Springs, Virginia as having the third largest proportion of missing black men in the country, while Ferguson, Missouri has the largest.

According to the above chart in the piece, of all the black people in Highland Springs, 38.3 percent are black males.

Twenty-five-year-old Dermont Sims is one of the “missing” men from Highland Springs.

He grew up there without a dad at home, and is currently in the Henrico County jail on charges of burglary and contributing to the delinquency of a minor.

He’s been in and out of jail since he was in high school, and wonders when he’ll get to see his two kids again.

Dermont Sims is one of the “missing” men from Highland Springs.

“This is tearing our family apart…my son just asked me last night, he said dad can I come see you once I leave school? And I cried a little bit,” Sims said.

Lt. Colonel Alisa Gregory with the Henrico County Sheriff’s Department was also raised by a single mother in Highland Springs.

Now, she oversees people like Sims in the Henrico Jail from her old community. She said the article does not surprise her.

“A lot of my friends were from single parent homes,” Gregory said.

Still, she and Sims said Highland Springs is nothing like Ferguson.

“I don`t see the same tension they experience there,” Gregory said.

Pastor Marcus Martin with New Bridge Baptist Church ministers to a congregation in Highland Springs made up mostly of women, many of them are single moms.

There are women that are looking for good men, but when you look at the ratio of men to women, it’s just hard,” Martin said.

Martin said black men missing from the community has become the new normal.

He hopes the article sheds some light on a problem he said our entire community needs to work on.

“It puts us back on a focus regarding our black men, where they are, what they’re doing and how we can get them restored,” Martin said.

Delegate Delores McQuinn, who grew up in Highland Springs and attends Martin’s church, said the numbers shocked her.

“It was somewhat difficult for me to digest,” McQuinn said about the article.

She plans to bring the article to the attention of people in the community to “start moving toward addressing the issue.”