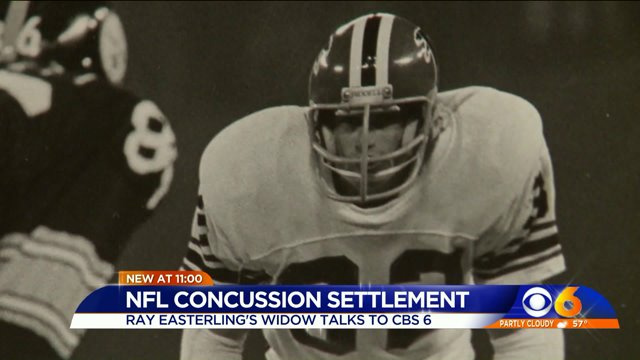 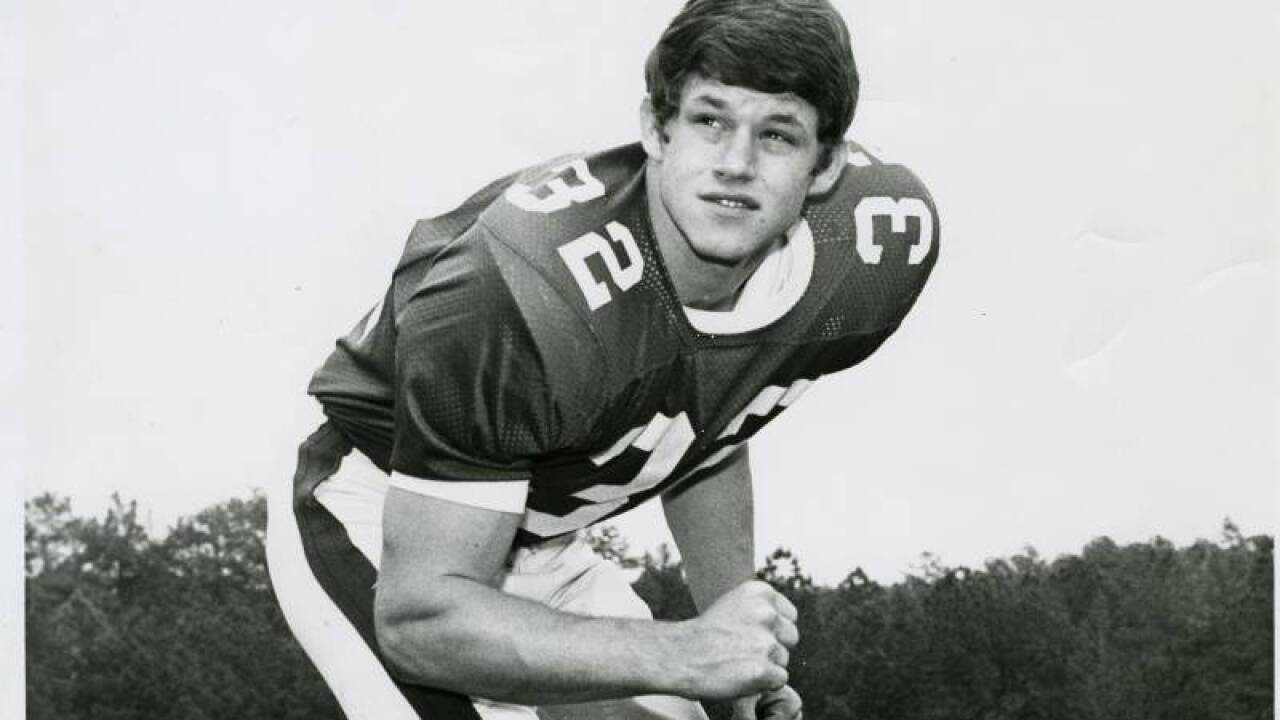 RICHMOND, Va. -- Ray Easterling played for the Richmond Spiders at City Stadium back in the late 60's and early 70's.

From there he played free safety for the Atlanta Falcons for eight years.

But it's what happened off the field that has been front and center in a federal lawsuit against the NFL.

Easterling gave it his all on the field, taking some breathtaking blows to the head.

He committed suicide in 2012 and the medical examiner determined he had degenerative brain disease caused by multiple concussions, known as chronic traumatic encephalopathy or CTE.

"For about 20 years he exhibited mood changes and swings,” said Easterling’s widow Maryann. “It wasn't until March of 2011 that he was diagnosed with dementia due to concussions he suffered in the NFL.”

For months before and after Easterling’s death, his wife has been on the offensive line, fighting the NFL for a financial settlement for thousands of former players damaged, and potentially damaged, by their play.

The agreement a judge signed off on Wednesday provides up to five million dollars per retired player for serious medical conditions associated with head trauma. It applies to all players who hung up their cleats prior to July 7, 2014.

But Mary Ann Easterling says money is not what her stance is about. "I'm hoping there's a way now that we diagnose CTE in living players so we can treat it, and prevent what happened to Ray," she said Wednesday evening.

The judge’s ruling now will equip others with information, providing something far safer than any helmet or shoulder pads.

"Ultimately it's up to parents and players themselves down to Pop Warner to recognize the risk they're taking with their brain when they step on the football field,” Maryann Easterling said. “They have all the information to make a decision and that's ultimately my heart."

Easterling said she believes the NFL has taken only baby steps to fix the concussion issue, saying there’s much more work to be done in discussing CTE.