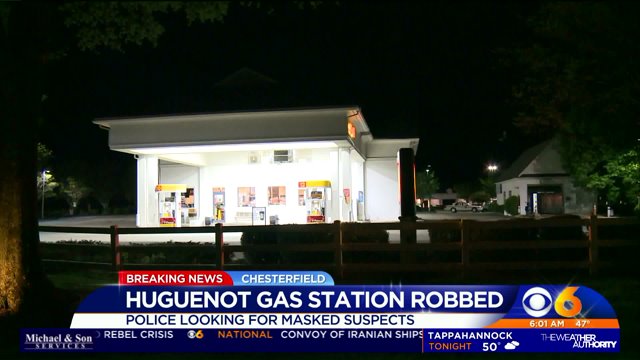 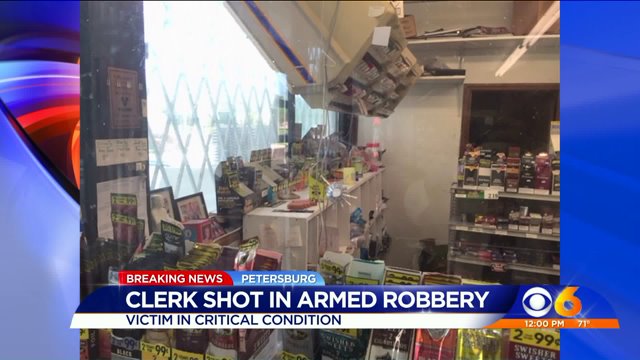 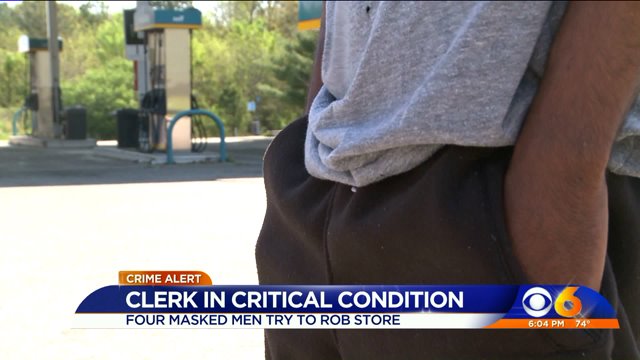 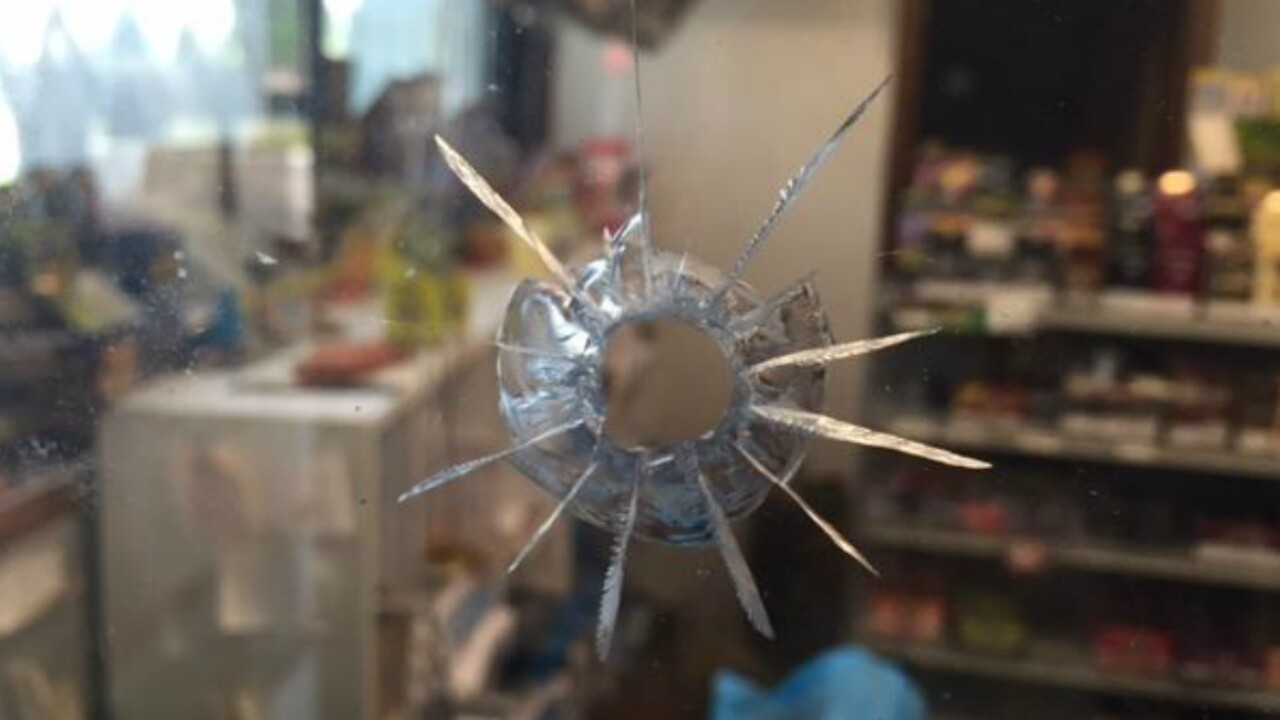 PETERSBURG, Va. -- A convenience store clerk was listed in critical condition Wednesday morning after he was shot in a violent robbery. The shots were fired when four masked gunmen entered the Valero Foodmart at 1740 Boydton Plank Road in Petersburg around 10:14 p.m. Tuesday.

About four hours after the Petersburg robbery and shooting,  four masked gunmen robbed the Shell Station at 11440 W. Huguenot Road in Midlothian. The clerk said she was in the restroom at about 2:45 a.m. Wednesday when she heard some kind of commotion out front. When she peeked her head out the door, one of the robbers pointed a gun at her. The man told the clerk, "Go back in there or I’m going to shoot you."

Police responded to the Shell Station, in the Shoppes at Bellgrade, with K-9 units and patrol officers. They searched the surrounding area for evidence and collected surveillance video from the gas station. The robbers only took the safe and the clerk said they were in they in the store for less than 10 minutes. Police described the suspects as four men wearing ski masks, gloves and dark clothing.