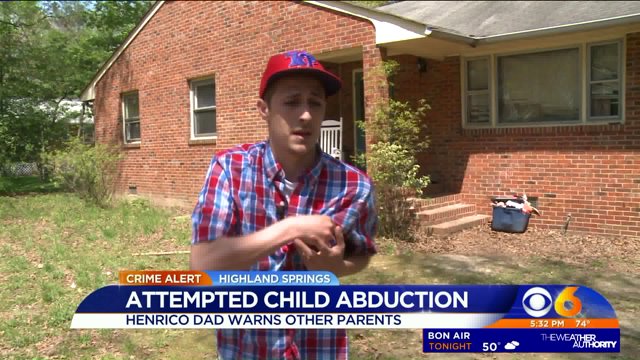 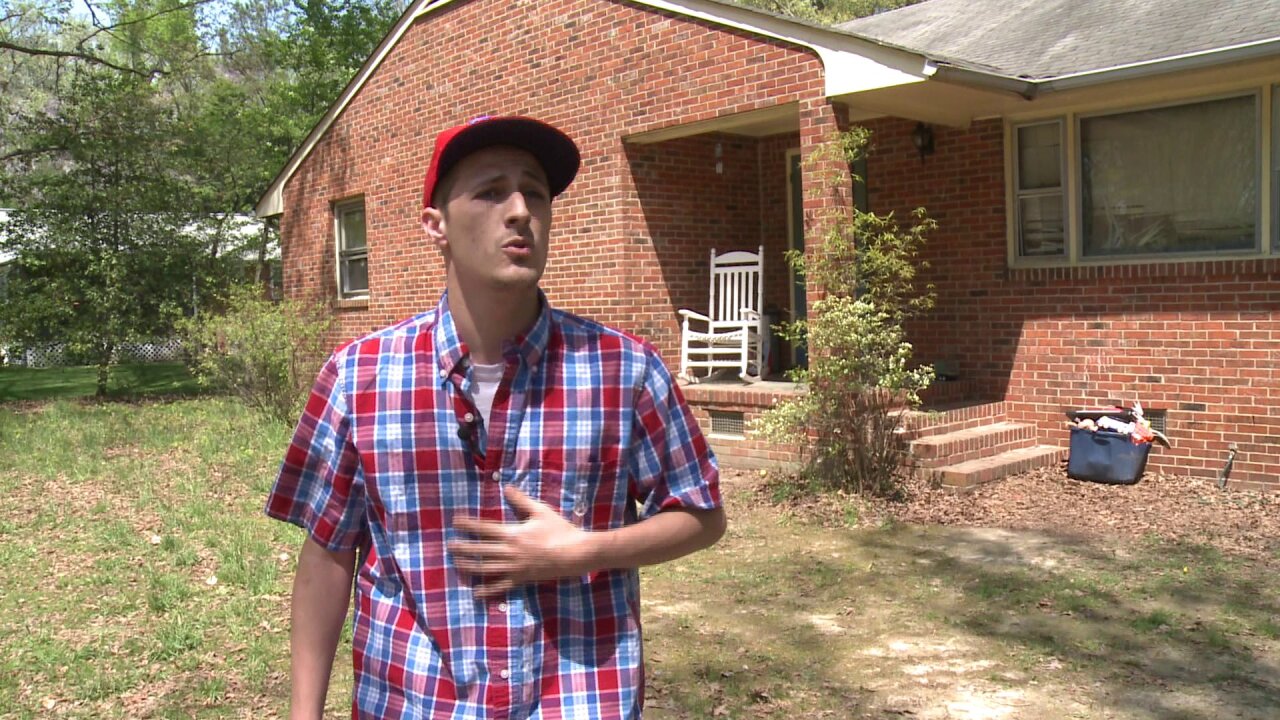 HENRICO COUNTY, Va. -- A Highland Springs father is sharing an important warning for other parents after he said a stranger gave his five-year-old son some coins in exchange for getting into an SUV earlier this week.

Corey Taylor said that his son, Caleb, loves climbing trees, riding his bike and playing a kickball in the normally quiet neighborhood. And like most parents, Taylor keeps a close watch on his son.

"Never in my life would I ever imagine that something like this could happen to my son,” Corey Taylor told CBS 6 reporter Sandra Jones.

Taylor said that his son came into the house Tuesday afternoon with a story that would make any parent's heart skip a beat.

"He says, 'Hey daddy, look what Uncle Frankie gave me.' And pulls out.. two dollars in change," Taylor said. "And immediately, I said, 'Caleb, you don't have an Uncle Frankie. What are you talking about?'”

SHARE this story with your friends on social media to SPREAD the word.

Corey continued to question his son and was shocked by what the little boy told him.

"I'm like, 'Why did he give you this change, Caleb?' He said, 'He gave me this change so I can sit in his car and take a picture,'” Taylor explained.

Caleb told his father that thee were three men inside the vehicle.

"He was actually in this man's car sitting on another man's lap,” Taylor explained. "When he told me, 'No, he didn't touch me, I didn't touch him.' I knew that didn't happen."

Luckily, Caleb's father said that his son managed to get away from his abductors.

"As soon as he saw someone walk outside, he told my son to get the [expletive] out of his car and then... drove away,” Taylor said.

Taylor, who said that he filed a police report in hopes that the men are found, wants his close call to be a lesson for other parents.

"For the next parent, know that things like this can happen. As good of a parent as I think that I am, one minute is all it takes for a man to drive by, stick your son in a car and drive by,” Taylor warned.

Henrico police are investigating the incident and have stepped up patrols in the eastern Henrico community. Officers said that they are looking for a dark-colored Jeep or Chevrolet SUV.

"I'm trying to get this out there to everybody to where either this man gets caught or he gets so scared he stops what he's doing,” Taylor said.

If you have any information that could help investigators, call Crime Stoppers at 804-780-1000.