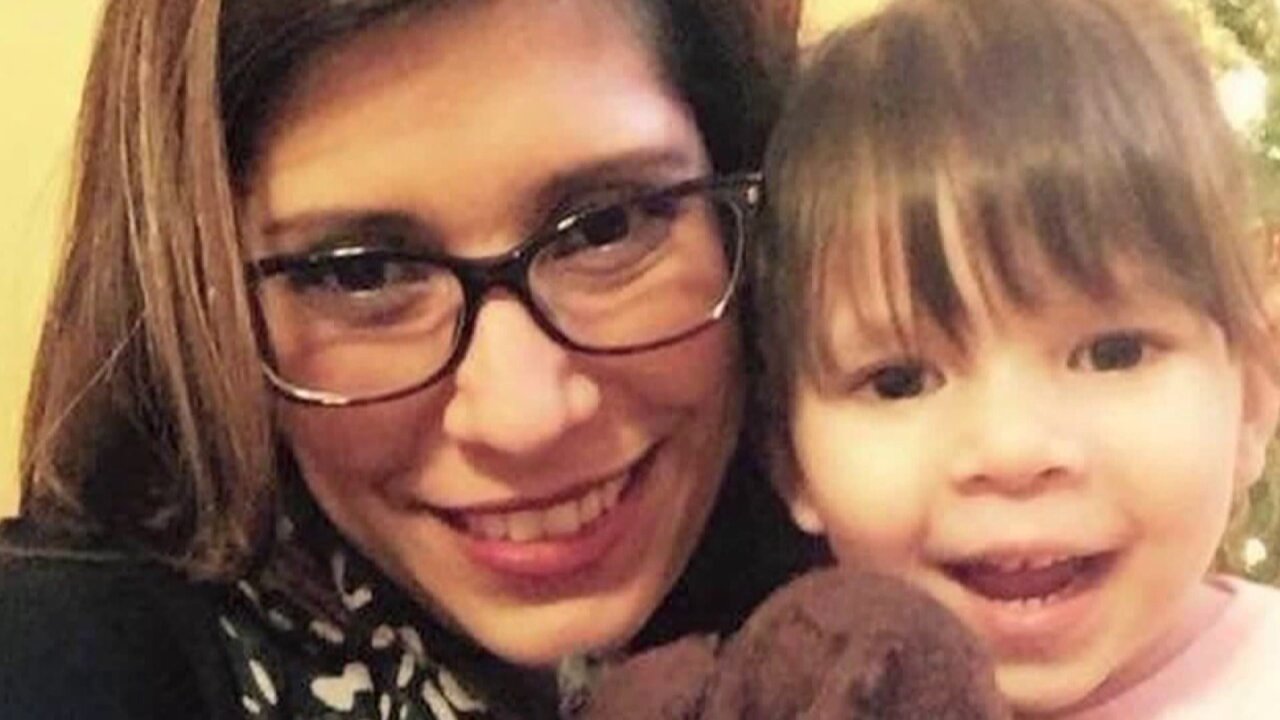 CHESTERFIELD COUNTY, Va. -- It has been two months since three-year-old Elisa survived a tragic car accident that claimed the life of her mother Natali Castellanos-Tyler.  Castellanos-Tyler, 30, died February 21 when her Ford Explorer slid off the 15400 block of Genito Road,  near Bailey Farm Road, in Chesterfield County. She was just a few miles from home. Investigators said they believed the accident was a one-car collision and the result of slick roads.

But Castellanos-Tyler's husband said he is now not so sure, based on nightmares his daughter has experienced since the crash. Craig Tyler said while the small wounds Elisa suffered in the crash are healing, he said her emotional scars have gotten worse.

"The nightmares were in the nighttime and now they’re coming into the day," Tyler said. "She’ll just start walking and she’ll start screaming ‘the van, the white van!’”

Tyler said his daughter’s consistent episodes are baffling, even to her doctor.

Tyler said Elisa's episodes are baffling, even to her doctor.

Tyler said his family was confused and didn’t know what to think until this past weekend. That is when they started seeing several Facebook posts from the neighboring subdivisions of Foxcroft and Magnolia Green. The posts included reports of several hit and run car accidents involving a white delivery-type truck, possibly a box truck.

Caitlyn Thomas, a 17-year-old Cosby High School student, claimed she was side-swiped March 31 by a white box truck traveling the opposite direction in the 6800 block of Otterdale Road in Chesterfield County. The accident caused her driver’s side-view mirror to crash through the driver’s side window.

"I was wearing sunglasses, so I was glad there was no glass in my eyes or anything," Thomas said.

An eyewitness reported to police that the driver of the truck slowed down and turned his head, but then fled the scene.

Subasree Thompson said she was sideswiped on Otterdale Road by a white box truck.

"He literally braked for two seconds and took off so I couldn’t get a license plate number," Thompson said.

"It’s hard to imagine that somebody would purposely be doing this kind of thing," Thomas said. "But three times in one week on the same road is, I feel, more than a coincidence."

"To reiterate, there is no physical evidence that another vehicle was involved in the fatal crash on Feb. 21," police added.

While they are putting their trust in Chesterfield’s investigation, Tyler said his daughter’s nightmares are too vivid to ignore.

"Ever since we doubted that there was more at play except weather, we have all just been praying for the truth to come out," Tyler said.

Anyone with information about any crime in Chesterfield can call Crime Solvers at 804-748-0660.