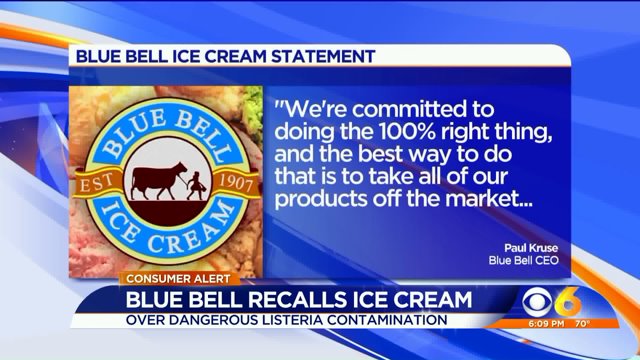 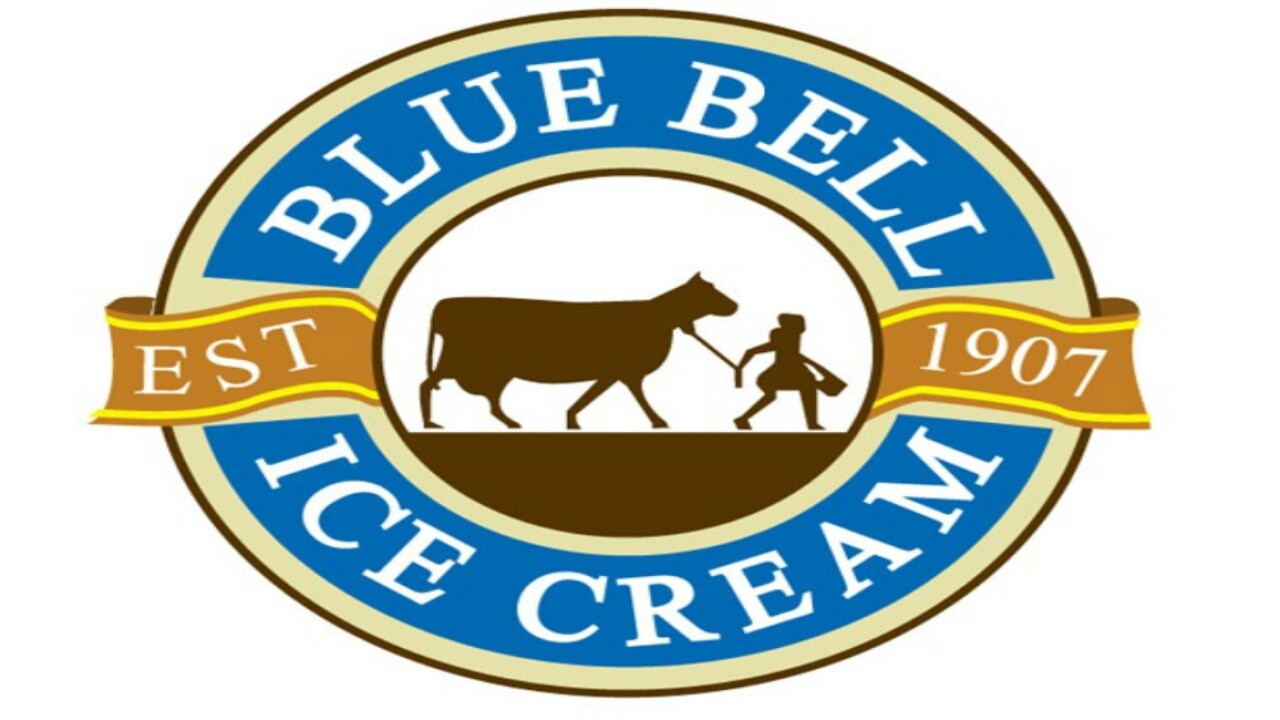 Richmond, VA -- Blue Bell Ice Cream announced a voluntarily recall of all of its products including ice cream, frozen yogurt, sherbet and frozen snacks over fears it has the potential to be contaminated with Listeria monocytogenes.

According to the CDC, at least ten cases have been linked to the ice cream in Arizona, Texas, and Oklahoma. In Kansas, three people died.

“We’re committed to doing the 100 percent right thing, and the best way to do that is to take all of our products off the market until we can be confident that they are all safe,” said Paul Kruse, Blue Bell CEO and president. “We are heartbroken about this situation and apologize to all of our loyal Blue Bell fans and customers.

Across the country Tuesday, ice cream shelves looked empty as grocery stores raced to removed the product -- much to the disappointment of fans.

"It's so creamy and delicious," Susan Thornton, a Blue Bell fan said.

Thorton loves the frozen treat so much she even visited the Blue Bell plant in Texas and used to celebrate birthdays only at places that sold the ice cream.

"It's only been a day and I'm itching for more Blue Bell," Thorton added.

But for epidemiologist like Jessica Rosner with the Virginia Health Department, Listeria shouldn't be messed with.

"Having a listeria infection is certainly a serious disease," Rosner said.

Rosner tells CBS 6 the most vulnerable are elderly, newborns, pregnant mothers, and those with immunity disorders.

"Symptoms of Listeria generally appear about three weeks after their exposed to the bacteria but can be as short as three days or as long as 70 days after exposure," Rosner said.

Blue Bell's decision was the result of findings from an enhanced sampling program initiated by Blue Bell which revealed that Chocolate Chip Cookie Dough Ice Cream half gallons produced on March 17 and March 27 contained the bacteria.

Blue Bell is implementing a procedure called “test and hold” for all products made at all of its manufacturing facilities. This means that all products will be tested first and held for release to the market only after the tests show they are safe. The Broken Arrow facility will remain closed as Blue Bell continues to investigate.

Blue Bell expects to resume distribution soon on a limited basis once it is confident in the safety of its product.

Consumers who have purchased these items are urged to return them to the place of purchase for a full refund. For more information consumers with questions may call 1-866-608-3940.