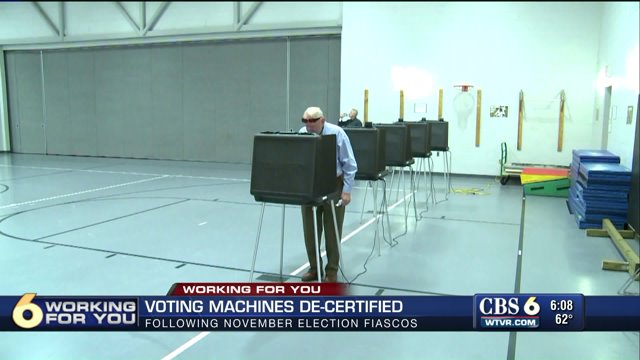 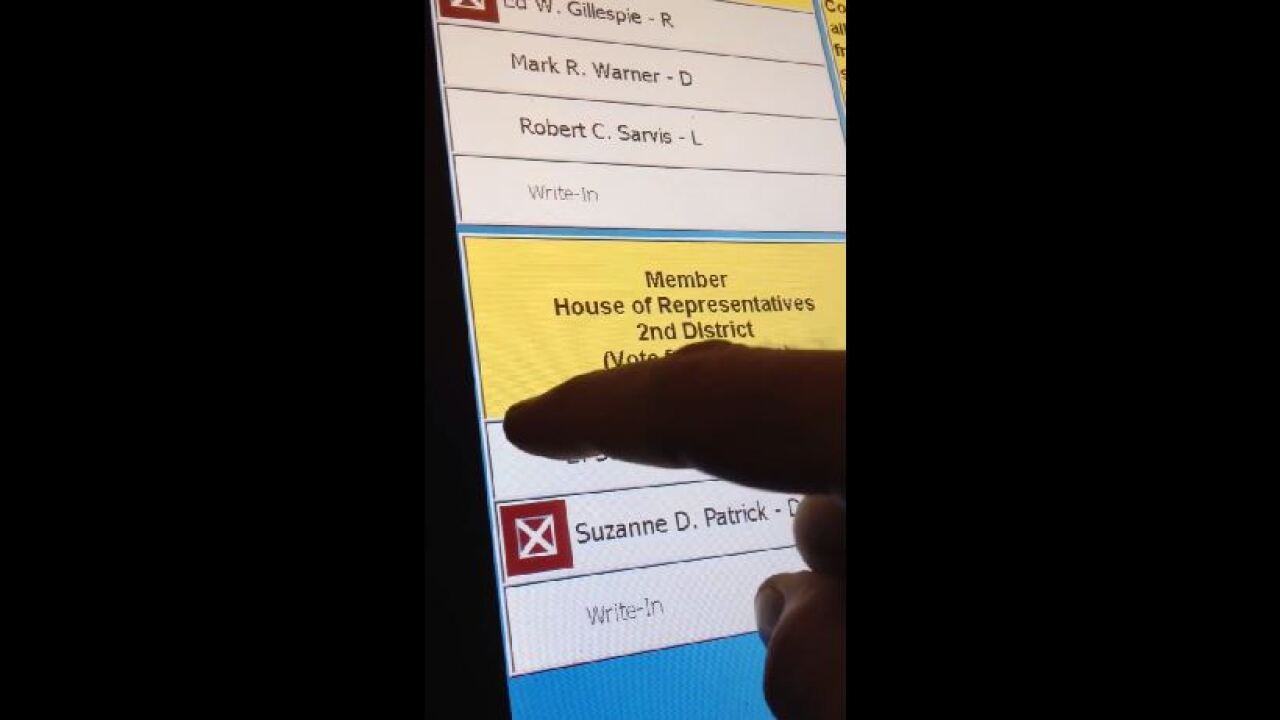 RICHMOND, Va. -- The Virginia State Board of Elections voted Tuesday to decertify WinVote Direct Recording Electronic voting systems in Virginia Elections. WinVote machines were used in 20 percent of Virginia's voting precincts including some in Henrico County and Richmond. The board voted to decertify the machines after some voters experienced "widely reported issues" during the November 2014 General Election. During the 2014 General Election, some voting machines around Virginia appeared to only let voters choose one candidate, regardless of whose name was pressed.

An investigation ordered by Governor Terry McAuliffe found "serious security concerns" with the voting equipment related to its wireless capability.

"Protecting the integrity of Virginia’s electoral system is of the upmost concern to the Department and the State Board of Elections," Virginia Department of Elections Commissioner Edgardo Cortés said in an April 1 statement. "The Department and the Board remain committed to working with the affected localities to ensure that the June primaries are properly administered and Virginians’ confidence in the election process is maintained."

The State Board of Elections is expected to meet Friday to discuss certifying the Hart InterCivic voting system in future elections.

A first look at the #Verity #Voting System in action for the Dumfries Special #Election in #PrinceWilliam County, VA. pic.twitter.com/1fptuUuJPe

"We cannot expect Virginians to come to the polls on Election Day if we cannot ensure that their votes will be counted correctly and in a timely manner," Governor McAuliffe said in a December statement. "The problems Virginia encountered on Election Day this year were unacceptable, which is why I have taken unprecedented steps to replace all legacy voting equipment in the Commonwealth with state-of-the art machines that have paper trails and will update our Department of Elections website."