Are you depressed? Find out in 90 seconds 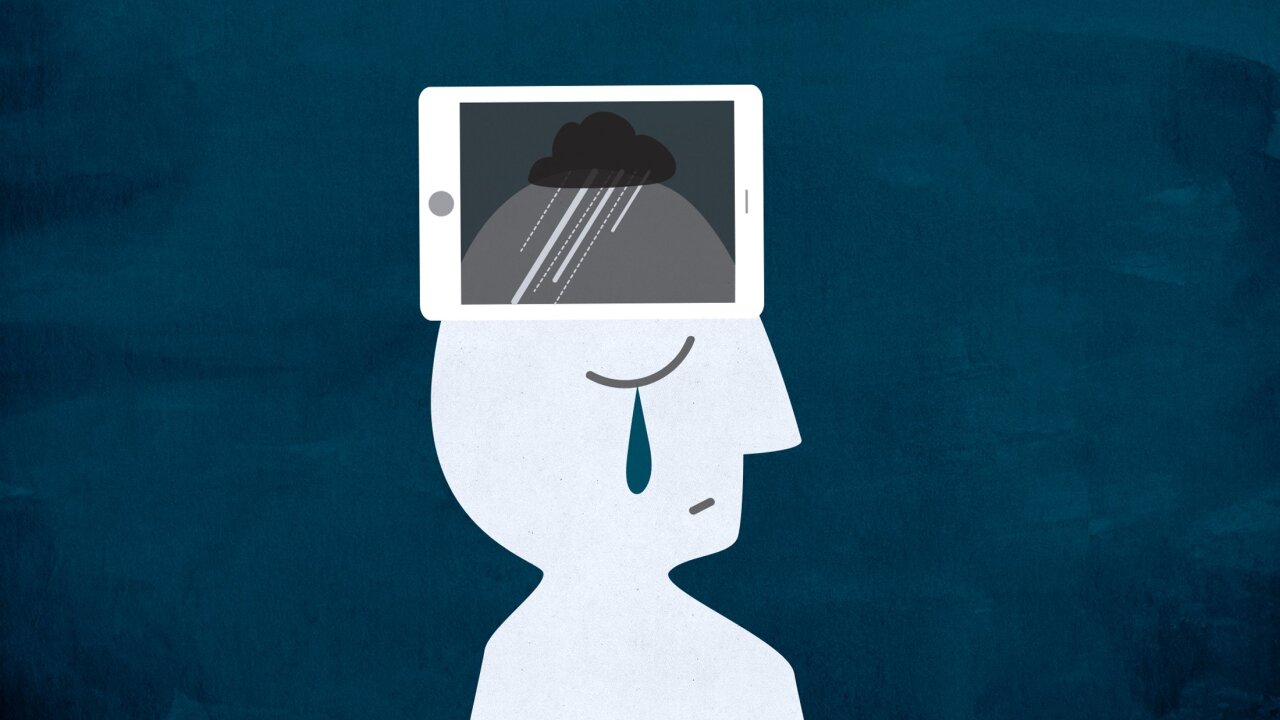 The Germanwings crash has brought renewed focus to mental health issues, and a test like the BHM-20 is a relatively new way to diagnose patients. It’s recently been embraced by the U.S. military, and the doctor behind the test says it could potentially help commercial pilots too.

NEW YORK — Are you satisfied with your life? That’s one of 20 questions from a test that can evaluate whether a person is depressed in under two minutes.

The Germanwings crash has brought renewed focus to mental health issues, and a test like this, officially called the BHM-20, is a relatively new way to diagnose patients. It’s recently been embraced by the U.S. military, and the doctor behind the test says it could potentially help commercial pilots too.

“I believe the BHM-20 is an excellent tool for mental health screening and could alert pilots and their supervisors to significant psychological problems. This could provide an opportunity to avoid a human tragedy,” said Dr. Stephen Mark Kopta.

His test was adapted from traditional psychological assessments, which have dozens of questions. Kopta used data from hundreds of patients to come up with a statistical analysis about which questions were most effective, collaborating with clinicians at Johns Hopkins University and Harvard University.

The test has been used for the last eight years in college counseling systems across the country, assessing about 73,000 people, according to Kopta. Last year, the Department of Defense paid nearly $215,000 for the software. It plans to roll it out in several hundred primary care clinics that work with members of the Armed Forces.

The rate of depression for soldiers is five times as high than that of civilians, according to research released last year by the Army and the National Institute of Mental Health. About 14% have reported suicidal thoughts.

Kopta’s test has a special suicide risk indicator, which he said the Department of Defense was particularly interested in. What also sets this test apart is that the software works with iPads and the results are easy for clinicians to evaluate.

The faster and easier someone is able to be diagnosed, the better, said Dr. Ingrid S. Herrera-Yee, who hasn’t seen the test but works with the military for the National Alliance on Mental Illness. The test’s efficiency was appealing to the Department of Defense as well, according to spokeswoman Maureen Schumann.

“Primary care appointments are only 20 minutes in length, and time is therefore a critical factor,” said Schumann.

The accuracy of Kopta’s test relies on the patient’s honesty. Herrera-Yee said that in her work, she doesn’t see a lot of deceit. But she has seen an increased openness around mental health in the military — including from high-ranking officers.

Still, she said, “we always worry about them not telling us what’s going on for them, and they worry about whether or not they could lose their career over something like that.”

The test works best in conjunction with regular visits. If the patient takes the test at the beginning of each visit, the software graphs the results over time, giving the doctor a clear view on whether or not progress has been made.

That’s what makes it crucial for doctors to spend time with each patient. Additionally, Herrera-Yee said that continuing to discuss depression, anxiety or other psychological issues is key.

“Most people know there is a stigma attached to mental health,” she said. “It’s easier to say you have cancer than, ‘I have clinical depression,’ or an anxiety disorder. People don’t say that.”