HOLMBERG: Meteorite in the James River? Finder is wishing upon a star. 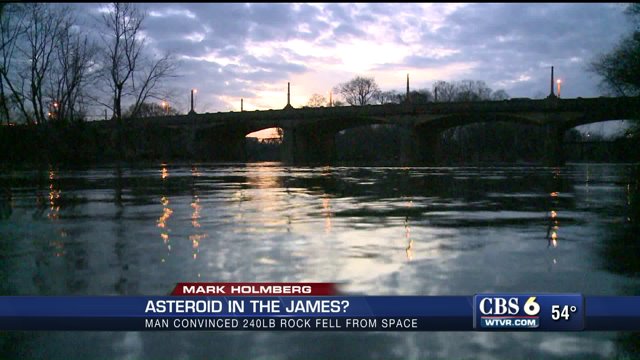 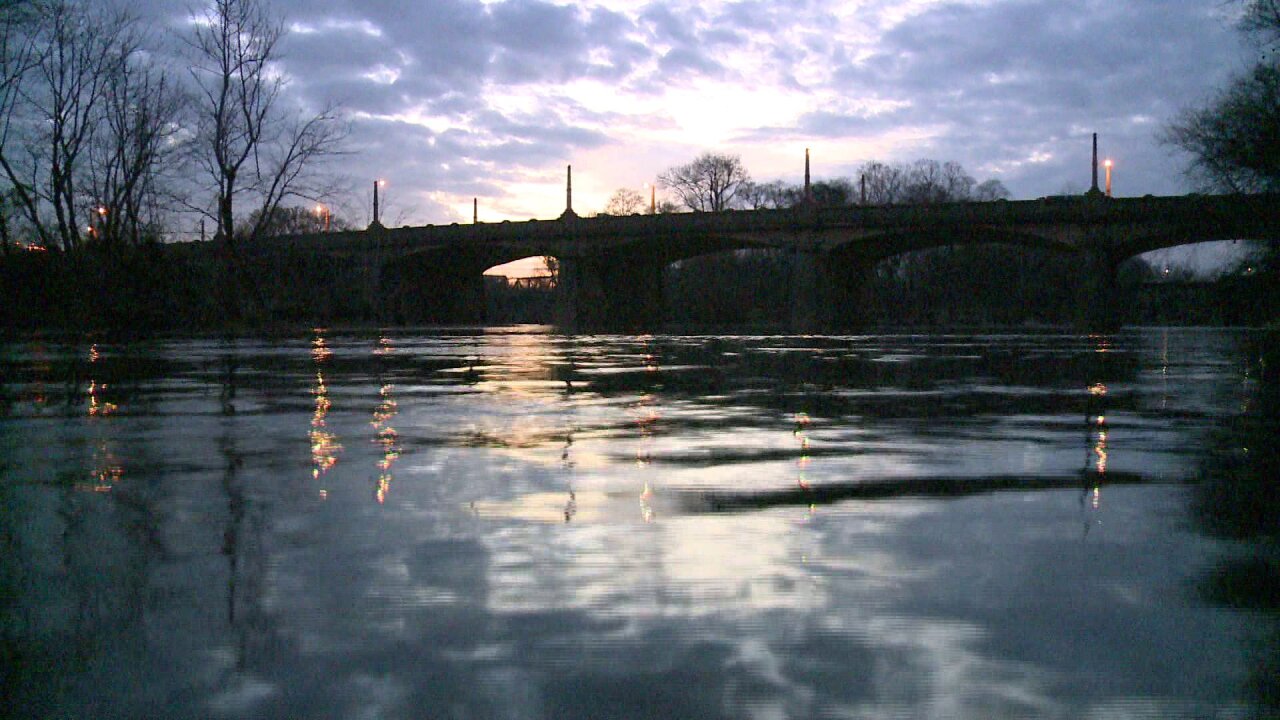 RICHMOND, Va. -- Arthur Capuano of Petersburg still believes it's a 220-pound meteorite that he pulled out of the James River in downtown Richmond two years ago.

It was a monumental task pulling the rock from the river and getting it to his van. Luckily, some passersby helped him.

Since then he's been on a mission to determine that his rock fell from space. He figures the sample he chiseled off the whole thing has travelled through several states, 10,000 miles or more, as he looks for the answer he wants. Museums, labs, specialists.

If it is a meteorite, it could be worth $1 million or more, he figures.

"The whole thing to be totally covered in metal that's paper thin, when would that a happen?" he told me when we uncrated his big, heavy rock Wednesday.

Well, it does look somewhat like some of the online photos of meteorites. And it seems supernaturally heavy for its size. (Check out the video.) Arthur sent a sample of his rock and paid a fee to a firm that specializes in identifying meteorites (New England Meteoritical Services) but he didn't get the answer back he wanted. "Your sample is a fragment of a terrestrial igneous rock, volcanic and very old," the report states.

But Arthur isn't convinced. He want the results of a mass spectrometer, and other tests.

He admits he rather single-minded about it.

The whole thing is a bit like the movie "Joe Dirt" and that character's  lucky meteor (which turns out to be something else).

Arthur has done a ton of research, and explained the science of a shooting star.

"If it is real and caught a shooting star, do I get a wish?" he asked, laughing.

I could guess what his wish would be.