Want your spouse to start exercising? You should start, too. 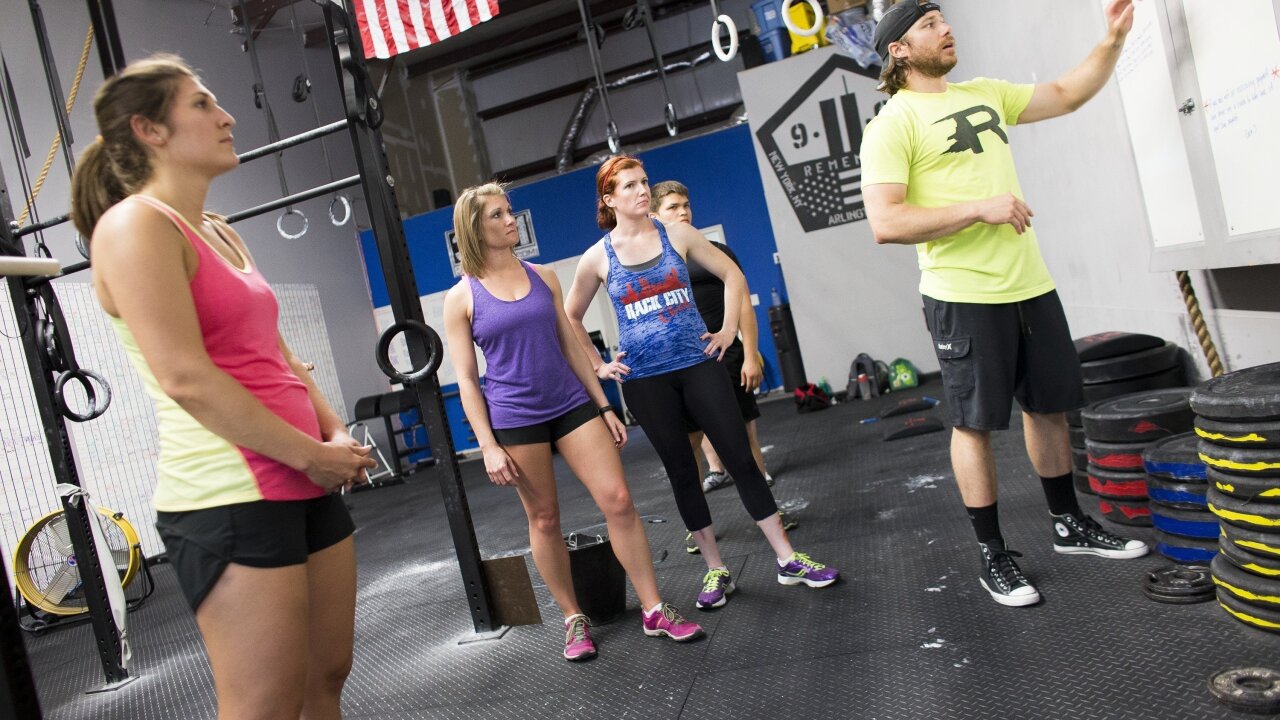 Men and women work out inside a Crossfit gym in Marietta, Georgia.

BALTIMORE, Md. — Having a workout buddy to cheer you on is a well-known prescription for success. Even better is if that buddy is your spouse.

New research shows if you improve your workout regimen, your loved one may be more likely to do the same. “When it comes to physical fitness, the best peer pressure to get moving could be coming from the person who sits across from you at the breakfast table,” said Laura Cobb, a doctoral student and co-author of the research, in a statement.

The study, by Johns Hopkins Bloomberg School of Public Health, followed the physical activity of 15,792 middle-aged adults between two doctor’s visits. In the first visit, the couples were asked if they met the American Heart Association’s exercise recommendations: 150 minutes per week of moderate intensity exercise, or 75 minutes per week of vigorous intensity exercise. Forty-five percent of the husbands and 33 percent of the wives reported exercising at this level.

Read: Want to lose weight or quit smoking? Love may be the key

On the second visit, the question was repeated. Researchers discovered that when wives met exercise goals first, husbands were 70 percent more likely to step up their game. It worked the other way around too, but not as well: only 40 percent of wives were likely to meet exercise goals after their husbands did.

Cobb would like to see the Bloomberg School of Public Health research applied to exercise intervention programs by counseling married couples together, not separately.

“We all know how important exercise is to staying healthy,” Cobb says. “This study tells us that one spouse could have a really positive impact on the other when it comes to staying fit and healthy for the long haul.”

Sharing stimulating activities has also been shown to improve marital satisfaction and reduce boredom. Add to that the endorphins — or feelings of pleasure — that exercise creates in the brain, and you’ve got a recipe for a better love life.

The type of exercise is up to you but couples activities such as tennis, ballroom dancing, couples yoga, or running and biking might be good choices for extra bonding.