Woman victimized while waiting for table at Colonial Heights restaurant 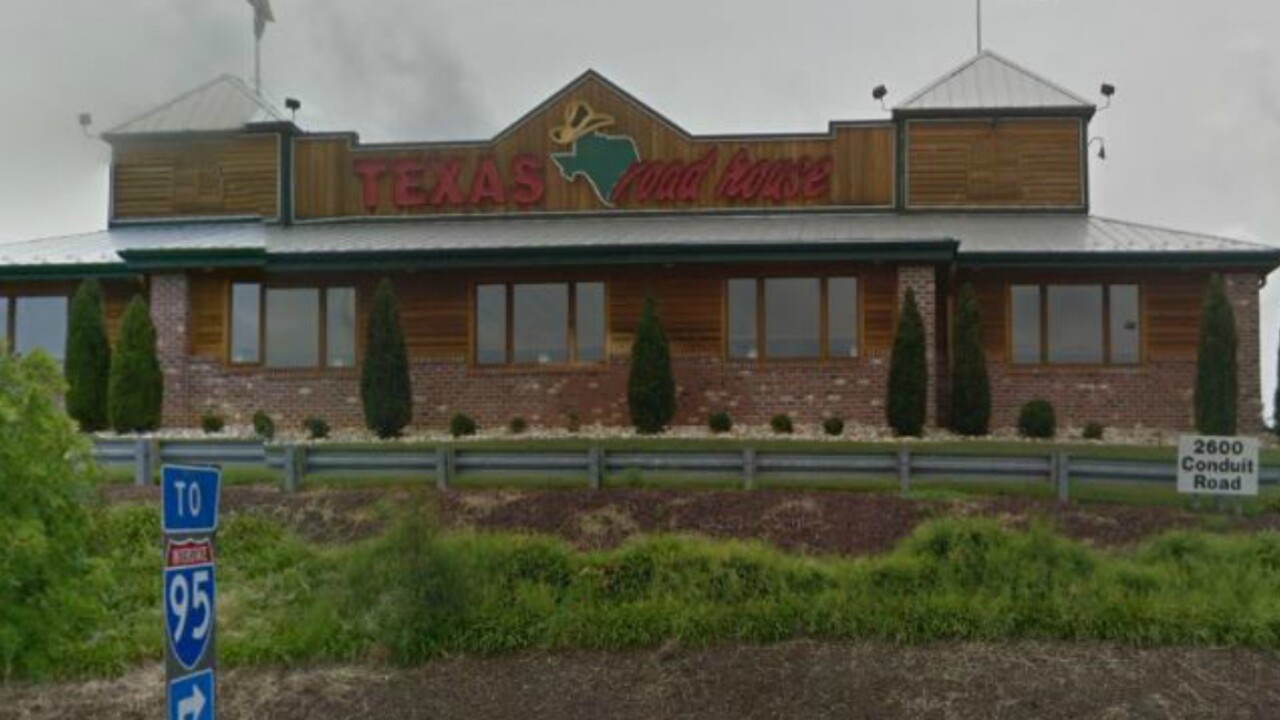 COLONIAL HEIGHTS, Va. — A woman became a victim of credit card fraud while she waited for a table at the Texas Roadhouse on Conduit Road in Colonial Heights, investigators with the Chesterfield County/Colonial Heights Crime Solvers program said. The crime, which happened at about 6:30 p.m. on Sunday, January 18, began when the victim said she noticed a woman sit down next to her in the restaurant’s waiting area. A few moments later, the woman stood up and walked out of the restaurant. Minutes later, the victim’s table was ready.

“When she was being escorted to her table, she noticed that her purse felt light. She looked inside and saw that her wallet was missing,” investigators said. “Shortly after coming to this realization, she received a call from one of her credit card companies letting her know that a charge on one of her credit cards was attempted at the Target near Southpark Mall.”

Security cameras at the Target captured photos of the woman who tried to use the credit card. Police described her as a white woman in her late 30s or early 40s with had long blond hair pulled back on the top. The woman wore black pants, a low-cut gray top and a black sweater. She left the lot in a full-size, king- or crew-cab pickup truck, investigators said.

Anyone with information was asked to call Crime Solvers: at 804-748-0660. (PHOTO: Chesterfield County/Colonial Heights Crime Solvers )

Investigators said the suspect attempted to use the victim’s credit card at several spots in Colonial Heights, including the Home Depot where it was actually processed. Anyone with information about the crime was asked to call Crime Solvers at 804-748-0660.