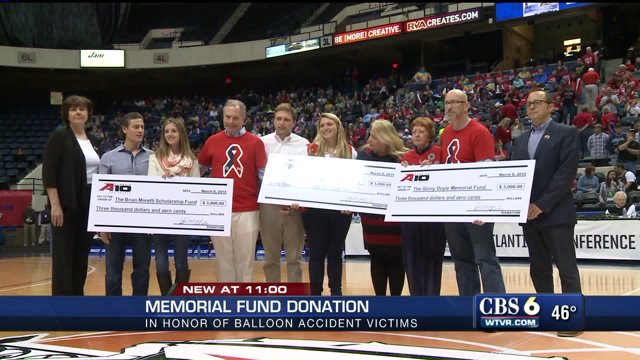 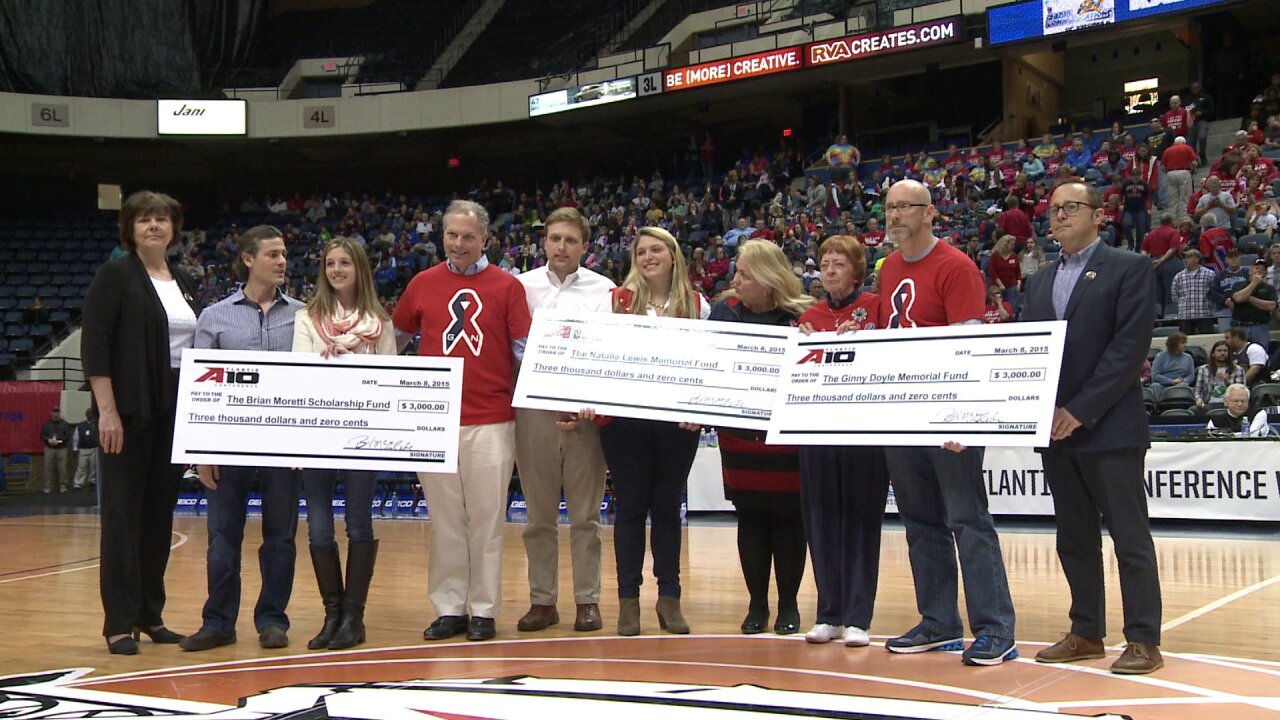 RICHMOND, Va. – Sunday was an emotional day for the University of Richmond as the families of two staff members killed in a hot-air balloon accident last May were honored during the A-10 Conference at the Richmond Coliseum.

The conference gave a $3,000 donation to the families of Natalie Lewis and Ginny Doyle that will go into scholarship funds set up in the two women's honor.

Doyle was associate head coach of the women's basketball team.  Lewis was the director of basketball operations.

Both women were killed when the hot-air balloon they were riding in struck power lines and caught fire in Caroline County in May.

Lewis's mother and sister said she left a mark on everyone she met and that they couldn't think of a better way to honor Natalie's memory.

“The four of us always say none of us would ever receive this,” said Trish Lew’s, Natalie’s mother. “And it makes us a little uncomfortable to go out there and accept it, but we say to ourselves Natalie would do this for us.  Natalie was such a leader and was such a person that uplifted you.”