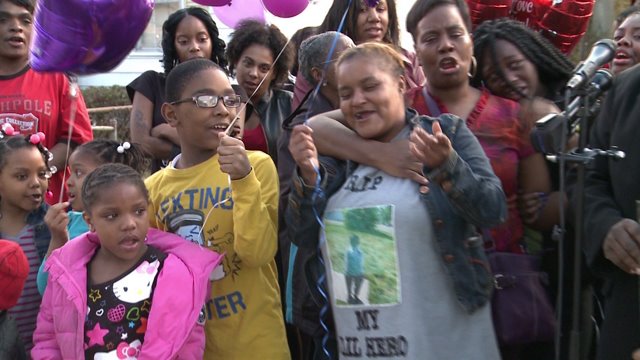 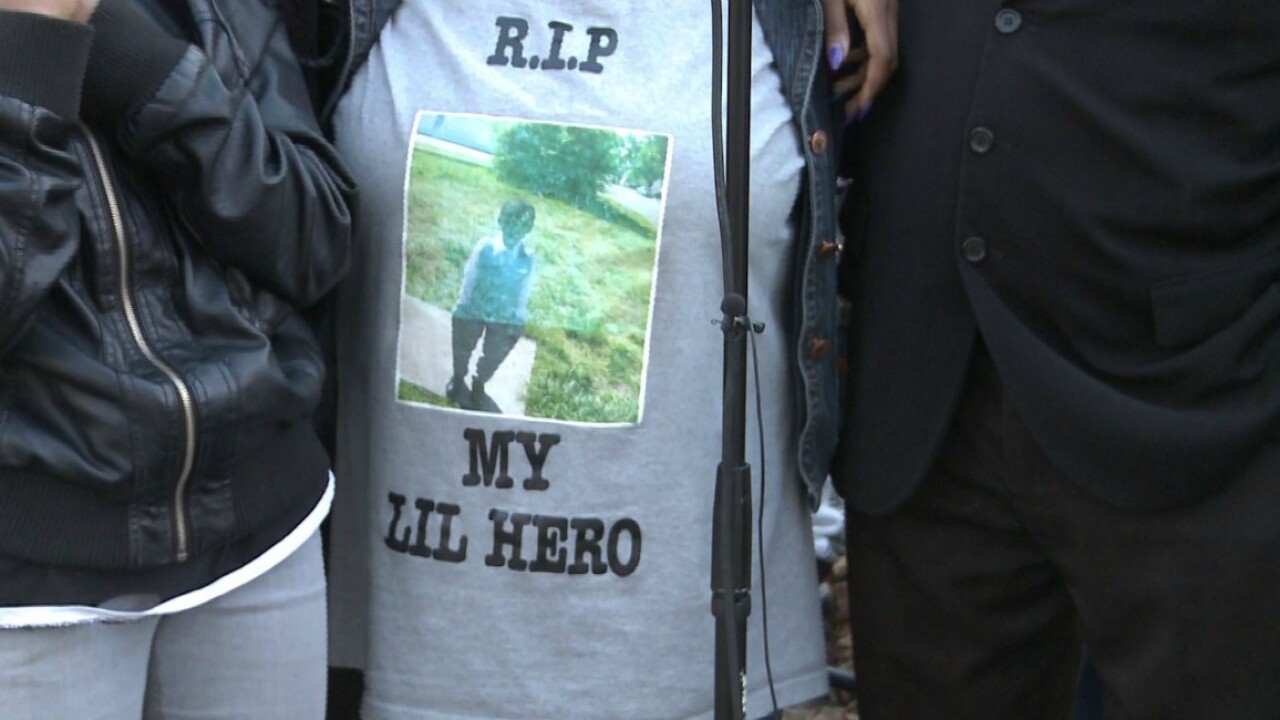 RICHMOND, Va. -- Marty Cobb would have turned nine years old Monday if his life had not been cut short last May while trying to protect his sister.

Monday evening on Brandon Road, the same street where Cobb was killed, family and friends gathered for a birthday celebration, complete with birthday balloons and the singing of happy birthday. Purple balloons were released since purple was Cobb's favorite color.

"You are my only son -- I love you happy birthday baby," Cobb's mother told those gathered while fighting back tears. She wore a tee shirt that called Cobb her "Lil Hero."

In attendance was over a dozen police officers including new chief Alfred Durham, who addressed those gathered.

"You need to tell your children you love them cause we don't know what the next day brings," Durham said.

Cobb's accused killer, Mauriese Washington, will appear in court on Tuesday for a pretrial hearing. His trial is set for the end of May.

"He will be missed but not forgotten and we want to say 'happy birthday baby,'" Cobb's aunt said.