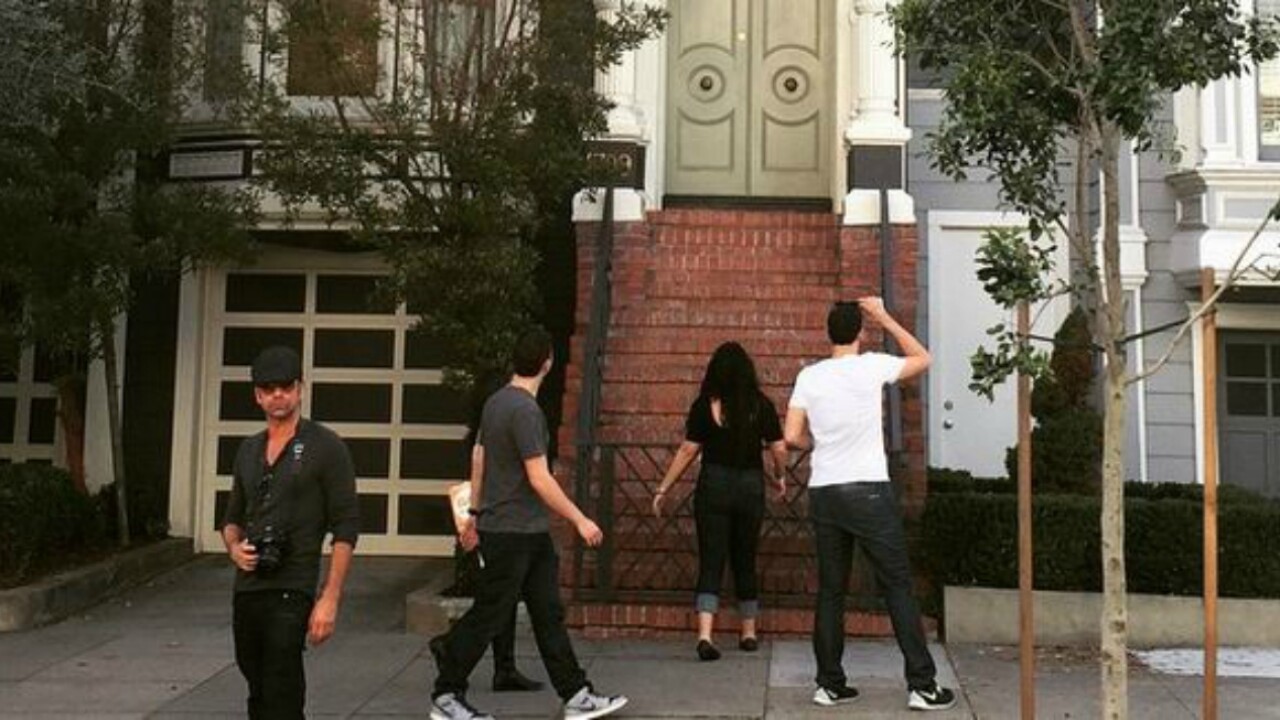 SAN FRANCISCO — What happens when John Stamos shows up outside the “Full House” home that made him a star? Nothing, apparently. For reasons unknown to us, Stamos was recently lurking outside the popular San Francisco attraction when a group of tourists showed up. It appears they were too busy gawking at the house to realize “Uncle Jesse” was standing next to them. It appears that Stamos was amused and posted an Instagram of him standing next to them.

The caption? “Boy, these youngsters have 0.0 idea what they’re missing. #Fullhousehouse. #TURNAROUND.”

Boy, these youngsters have 0.0 idea what they're missing. #Fullhousehouse. #TURNAROUND.

Hopefully, he found some consolation in the 46,000 likes and thousands of comments from swooning fans. Otherwise, Stamos is keeping busy with guest roles on “Two and a Half Men” and “Galavant” amid rumors of a possible “Full House” reunion.