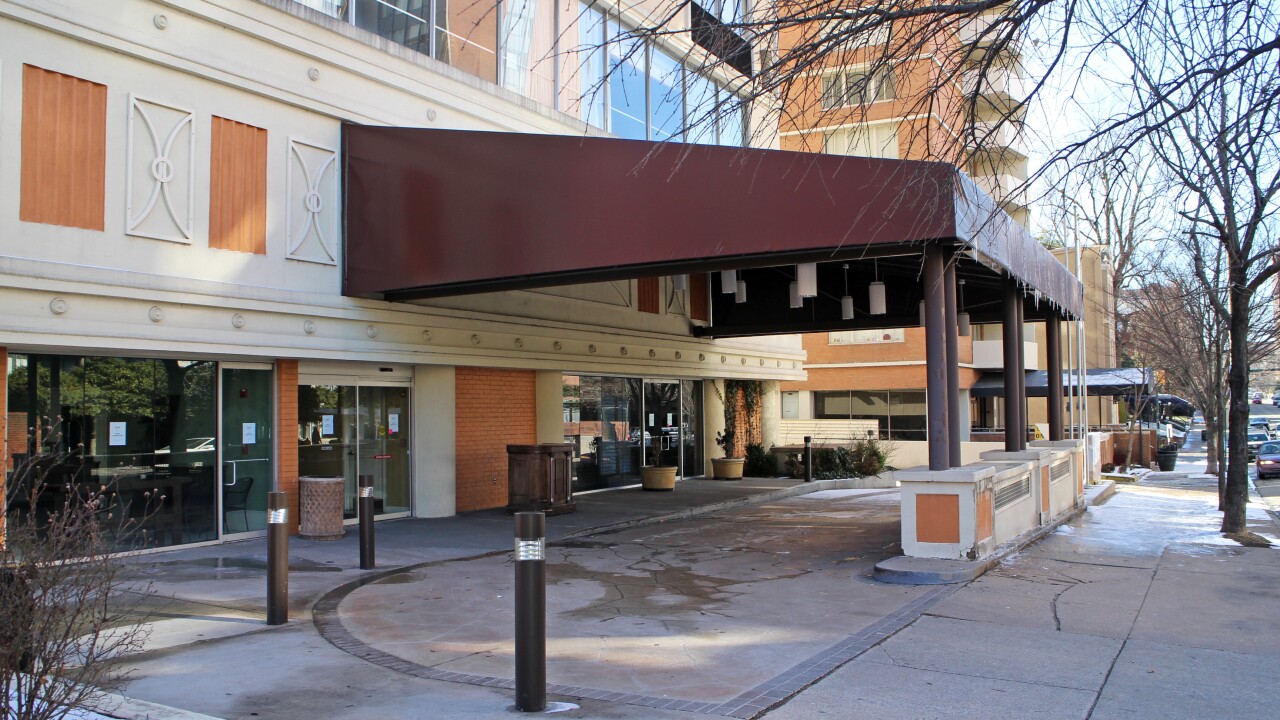 Signage has already been removed from the former DoubleTree on Franklin Street near the Jefferson Hotel. Photo (PHOTO: Evelyn Rupert)

Signage has already been removed from the former DoubleTree on Franklin Street near the Jefferson Hotel. Photo (PHOTO: Evelyn Rupert)

RICHMOND, Va. — A nearly $10 million sale has put a downtown hotel into new hands that will soon bring a new, college-centered concept to Richmond. The 15-story hotel at 301 W. Franklin St., formerly a DoubleTree by Hilton, was purchased last week by Chicago-based AJ Capital Partners for $9.84 million, according to city records. The 151,000-square-foot property closed on March 2 for a massive renovation project. The hotel will reopen early next year as the first Richmond location of the Graduate Hotel brand.“Graduate properties are unique in the sense that they capture the history and the culture of each town that they’re hosted in,” said Ben Gottlieb, vice president of acquisitions at AJ Capital Partners.

A rendering of a room in the Charlottesville Graduate Hotel.

Gottlieb said the Franklin Street property was an ideal choice for a Graduate Hotel because of its proximity to both VCU and the downtown area.