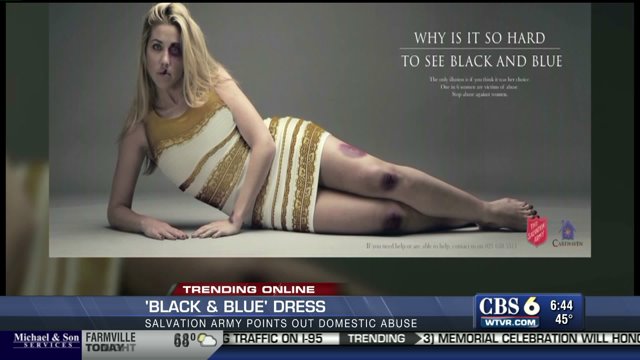 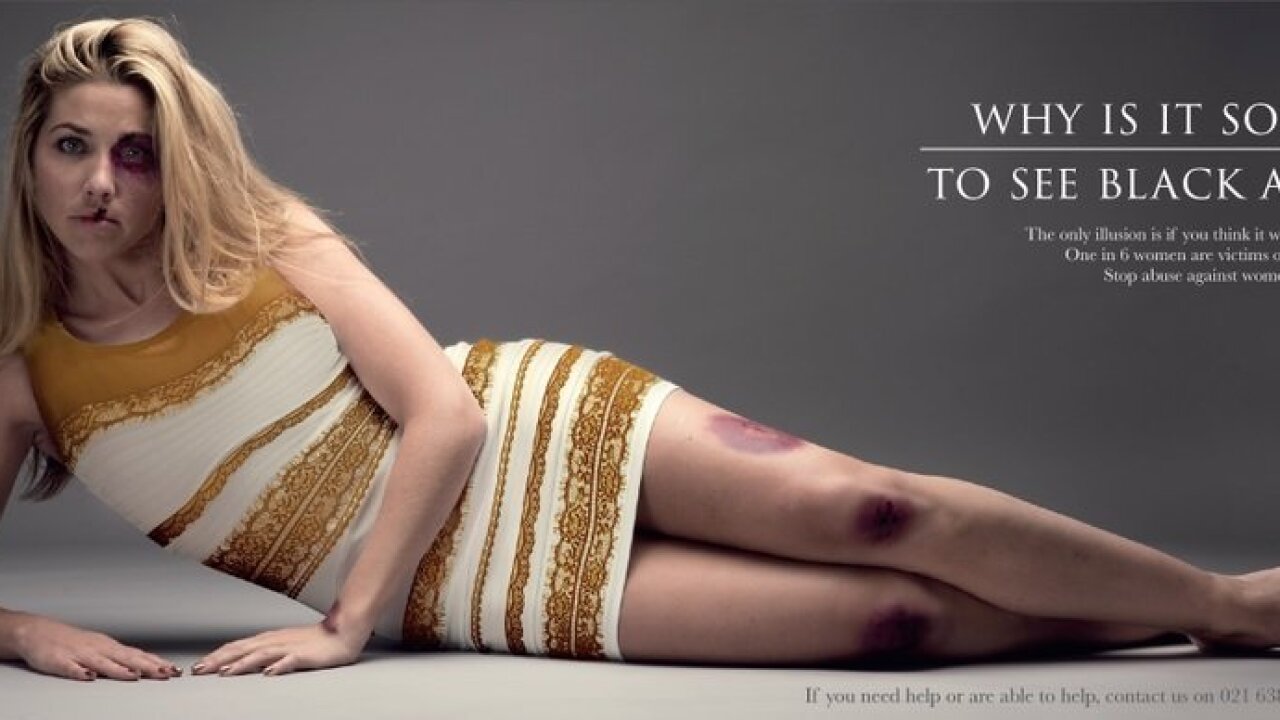 CNN) -- The Salvation Army in South Africa is using #thedress to spread a different kind of message about the colors black and blue.

The organization is using the viral sensation to spread awareness about domestic violence. An ad shows a model wearing a white and gold dress resembling the one that caused an Internet meltdown last week as people debated whether the garment wasn't actually black and blue instead.

The model also sports bruises on her face and body. The caption reads "Why is it so hard to see black and blue? The only illusion is if you think it was her choice."

The dress, which is sold by the British company Roman, is actually black and blue. Julia Haller, the ophthalmologist-in-chief at Wills Eye Hospital in Philadelphia, explained that different people saw different colors because eyes perceive colors in a slightly different way, based on genes.