CEO Tim Cook on Apple Watch: ‘I’ve been wanting to do this since I was 5’ 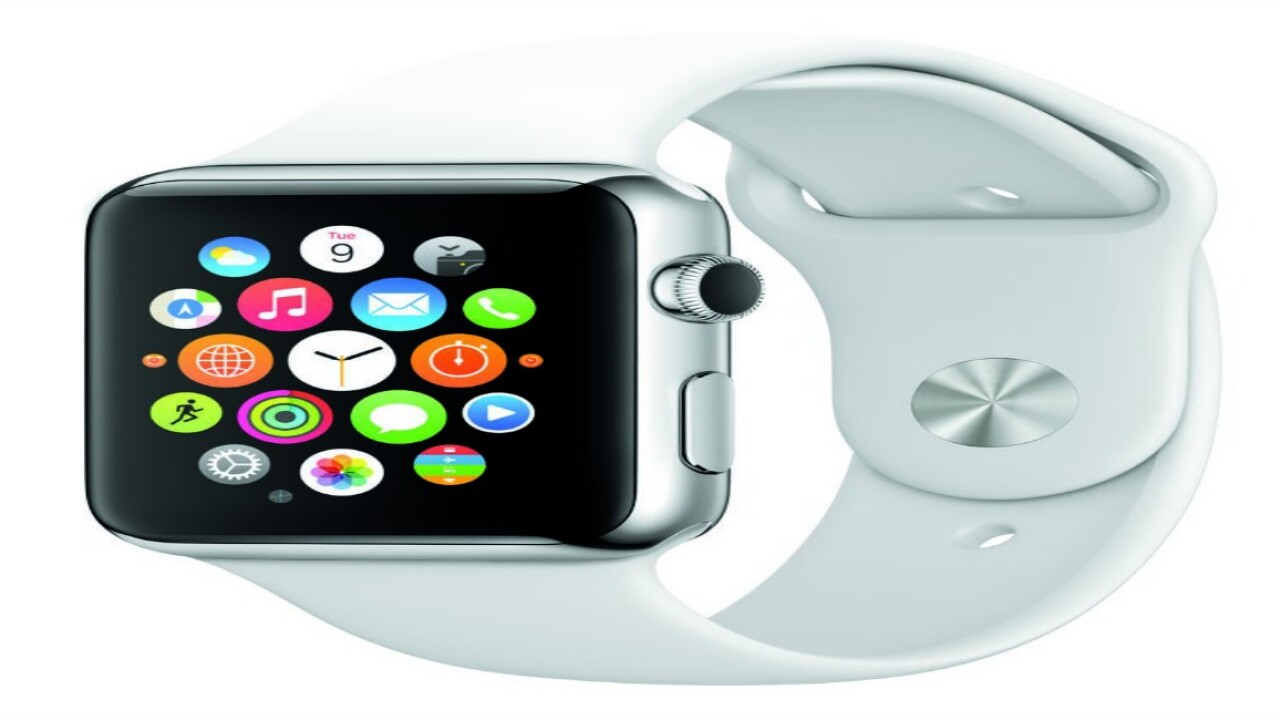 Apple CEO Tim Cook teased it in September. And on Monday, he revealed the last remaining details during an event in San Francisco Monday.

“I’ve been wanting to do this since I was 5 years old, the day is finally here,” Cook said about the watch’s ability to make and receive phone calls.

The Apple Watch will be available for pre-order in nine countries, including the U.S., on April 10. (The other countries are Australia, Canada, China, France, Germany, Hong Kong, Japan and the United Kingdom.)

Customers will start receiving watches on April 24. That’s also when they will go on sale online or by reservation at Apple stores.

As expected, the cheapest model — the Apple Watch Sport — is 38mm high from the top to the bottom of its rectangular face. It costs $349. The 42mm version costs $399.

The high-end version, called the Apple Watch Edition and made from 18-karat solid gold, will start at $10,000.

The Apple Watch Edition will only be available in certain Apple stores, Cook said.

Battery life has been a concern. Cook said the Apple Watch battery will last up to 18 hours. “That should work for most people I think,” he said.

Cook was most excited about some of the device’s features. You can receive calls on your Apple Watch, for example.

You can send other Apple Watch users doodles, taps, and your heart beat with its new “digital touch” technology. “This is the most personal device we have ever created,” Cook said. “We’re introducing a whole new way to communicate.”

To promote its health and fitness features, Apple gave an Apple Watch to model and activist Christy Turlington, who recently ran a half marathon in Africa wearing the watch.

Turlington appeared with Cook on stage to talk about her experience. “The race was pretty challenging so I was checking quite it frequently,” Turlington said.

A number of third-party apps will be available for use on the watch. Among them are Uber, the W Hotel, American Airlines and Shazam.

CNN will be one of the apps as well when the Apple Watch launches next month, letting users engage with CNN content. Users will be able to tap to open a story and then choose to save it or continue reading on the phone. They can also use the watch to launch live CNN TV on the phone.

Apple Watch is the first new gadget since Steve Jobs

This is a big moment for Apple. The Apple Watch is the company’s first new gadget in five years — and its first since Steve Jobs died.

Sure, its founder’s DNA is engrained in the company’s design approach. But truthfully, Apple didn’t start developing its smartwatch until Jobs was already gone.

The pressure is on for Tim Cook right now.

He’s done an incredible job selling what the company already has. Apple posted the biggest profit in corporate history last quarter. Investors value the company at a stratospheric $700 billion. And the company has $178 billion in cash — more than the market value of any of these major companies: Disney, IBM, Amazon and Netflix.

But Apple relies heavily on a single product — the iPhone — for 69 percent of its revenue. Its other gadget, the iPad, has had a slump in sales.

The burning questions now are: Will the Apple Watch be as revolutionary as the iPod or iPhone? Will it notch enough sales to make it the next new blockbuster product?

There are a few things to consider.

First, Apple isn’t really in the business of releasing radically new products. Instead, its approach is to perfect an already existing idea with high design.

Consider the revolutionary iPod, which was introduced in 2001 with its sleek and simple click wheel. It was just a better portable MP3 player, which first made its first appearance in 1997. But those early designs were either bulky or had lots of buttons.

The iPhone appeared in 2007. But it certainly wasn’t the first smartphone. That distinction would go to the 1994 IBM Simon or the 2002 Palm Treo. But even though the iPhone ran on a slow 2G cellular network and it didn’t have an App Store, it still captivated us.

So, it’s not surprising that the Apple Watch isn’t a first either. But it needs to get the concept of a smartwatch right in a way that the Pebble and the Moto 360 haven’t. People are having a hard time justifying an expensive device that’s just another screen.

On stage Monday, Cook called it “the most personal device we have ever created.”

The Apple Watch reads your heartbeat and steps. If it does biometrics right, it could become a useful health tracking tool. It also uses Apple Pay’s technology so you can make purchases at checkout with a tap of your wrist.

But it’s mostly useless without an iPhone nearby. And it’s hard to justify spending $349 on a device that could be obsolete two years from now. That’s particularly true for the high-end, 18-karat gold-encased version of the Apple Watch, which will start at $10,000.

It’s now up to app developers. They could make this more useful than it seems right now. Or the device could flop.

In which case, we will still have a giant, beloved company that’s worth more than the GDP of 170 countries. And that includes Switzerland.

Apple also announced on Monday an update to their MacBook Pro series of laptop computers. The new MacBook Pro computers feature a faster processor and longer battery life. They are available to the public on March 9.

HBO Now, the first ever standalone HBO streaming package, will be available soon on Apple devices, the two companies revealed on Monday.

Apple and HBO struck a deal. Starting in early April, the $14.99 monthly service will let users stream HBO movies and TV shows on iPads, iPhones and Apple TV — without having to sign up for a cable subscription at all.

This is the first time that HBO is allowing for standalone service. (But it’s only in the United States.)

“This is a transformative moment for HBO,” said HBO Richard Plepler.

The deal comes just in time for the fifth season of Game of Thrones, which starts April 12. But outside of Apple devices, it’s unclear how else you can get HBO Now.

HBO said it’s currently working on deals with Internet providers. If it strikes deals with companies like Comcast and Time Warner Cable, you might be able to order HBO Now as part of your broadband Internet package — and stream it on any approved device.

Apple device owners can buy HBO Now no matter what happens. Want to stream it on your PC? You must own at least one Apple device.

As for other home streaming devices, like Roku, Xbox and PlayStation? HBO struck an exclusive, three-month device deal with Apple, so those devices won’t be getting HBO Now until early July. And even then, that’s only if they cut deals with HBO.

HBO is owned by Time Warner, which is the parent company of CNNMoney.