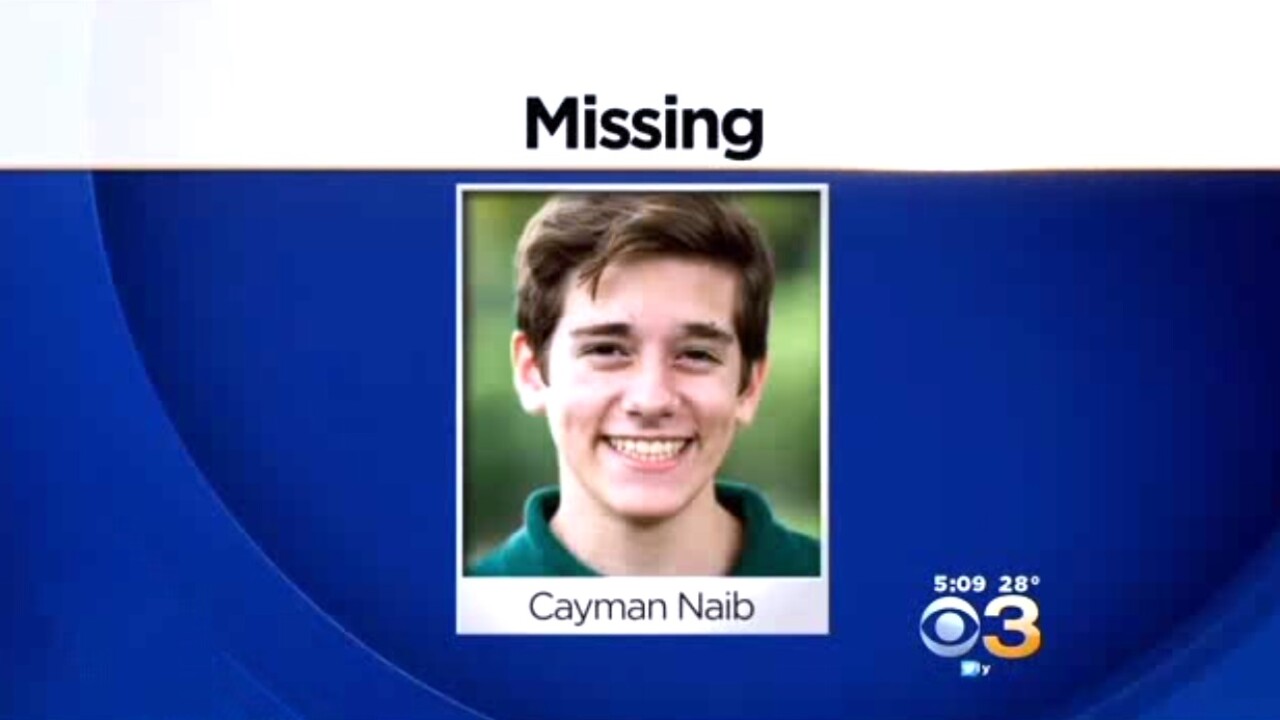 NEW YORK — An eighth-grade student missing since Wednesday has been found dead, according to authorities in Pennsylvania.

The body of Cayman Naib, 13, was found around 1:30 p.m. Sunday, William A. Moor III of the Newtown Township Police Department told CNN in an email.

Mark G. Hopkins, chief of Greater Philadelphia Search and Rescue, said the boy’s body was found about 150 yards from his home in an area that was “slippery and very treacherous.” Hopkins told CNN there were no obvious signs of trauma to the body.

A K-9 union located the body, which was under snow in a “sleeping position,” Hopkins said.

A search for the boy had drawn hundreds of volunteers on foot and online.

“We can’t begin to tell you how this support and concern and prayers have buoyed the Naibs during this incredibly difficult time.

“We would ask at this point that the family be given the privacy and quiet that they need to grieve, heal, and to support their daughter,” read a post on a Facebook page that was set up since the boy’s disappearance.

Cayman’s parents had been communicating through the same page earlier.

“We think that he got an email from school and was upset by it and left as an impulsive act,” Farid Naib, Cayman’s father, wrote Thursday on the group page. “We have spoken to his friends and they do not know where he is. Cayman does have his phone, we don’t know if he has any cash, he does not have his wallet.”

The parents said that his phone was out of power at the time.

“Cayman left within 30 minutes after he received an email from school regarding overdue homework (we do not blame the school) and most probably did not do any preplanning … He is a good kid, and has no substance abuse or other issues, this is the first time he has ever done anything like this,” his father and mother, Becky Naib, posted Friday.

Some of the posts read as direct appeals.

“Cayman, if you read this please know that you are forgiven for everything, and I mean everything, you have the ultimate free pass. Just come home, we are so worried about you,” the family posted Saturday.

A vigil was held for Cayman on Sunday night at his school, the Shipley School in Bryn Mawr. Susan Manix, director of communications at the private school, said officials were putting plans in place to “to support the Naib family, our students and faculty.”