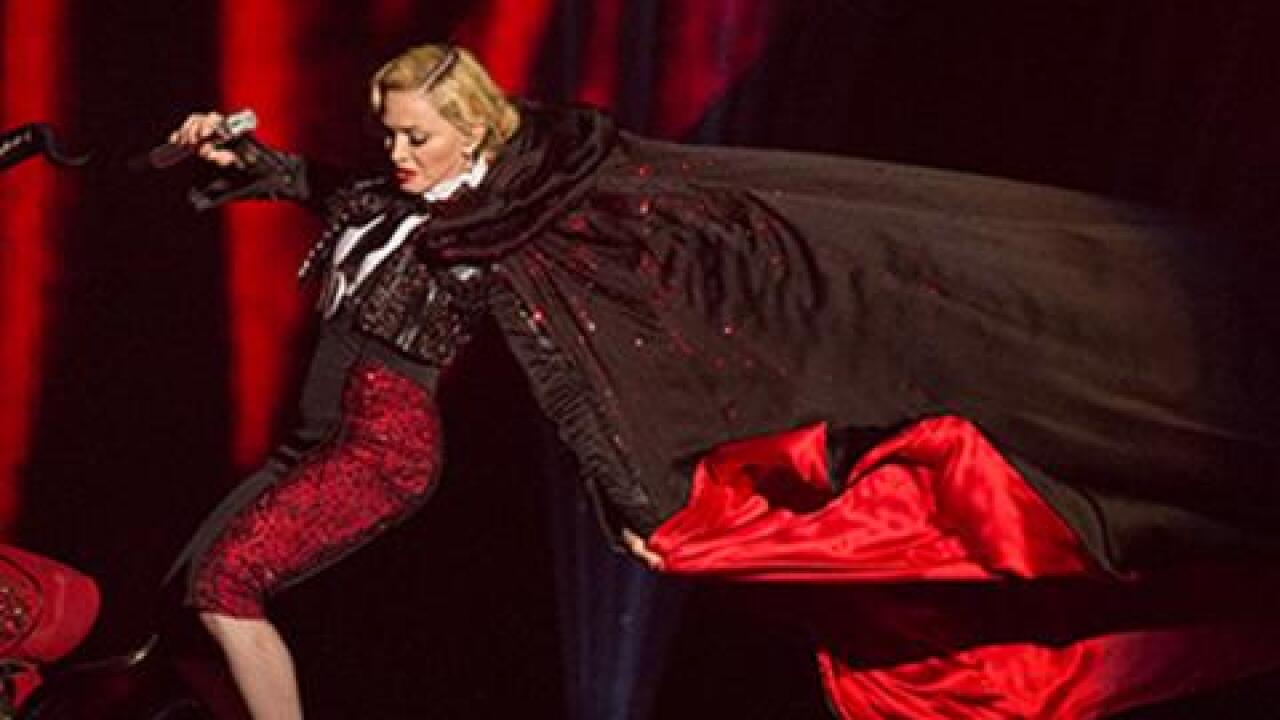 You’re a backup dancer. This awards show is a big deal for you. You’ve been the one chosen to snatch a cape dramatically off Madonna during a musical number. It’s going to be a moment you’ll remember for all time. And now that it’s happened, you’ll remember it for a much different reason.

Madonna was sent tumbling Wednesday night when the show didn’t go as planned and she was yanked down a small flight of stairs.

Here’s what happened: Madonna was belting out “Living for Love” at the Brit Awards in London. It’s a song that coincidentally includes the lyrics “lifted me up and watched me stumble, after the heartache I’m gonna carry on.”

The plan was for the dancer to pull off the cape, but it was still tied around Madonna’s neck. And down goes Madonna!

If she was in pain, she didn’t show it, getting back to her feet and finishing the number. Carry on, indeed.

Of course, the socialsphere has gone nutso, mocking Madonna or the dancer, although some did send support.