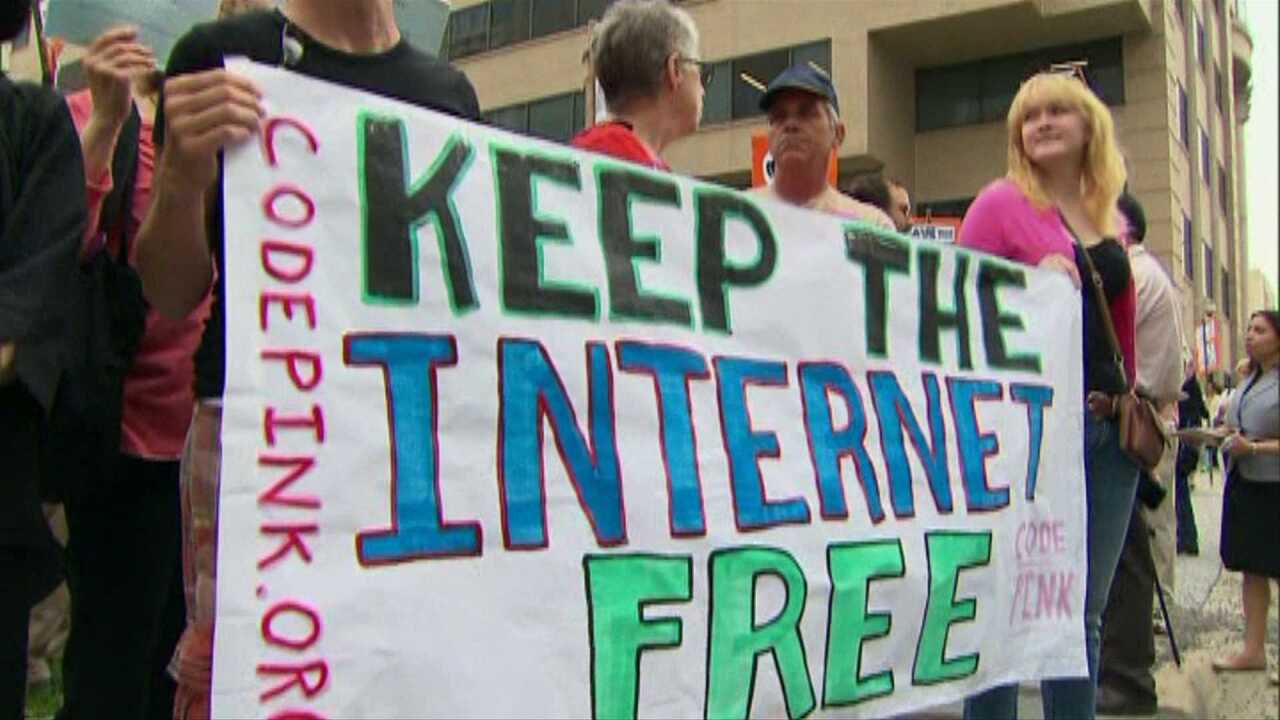 NEW YORK (CNNMoney) — The FCC has passed a historic measure to more strictly regulate the Internet. The new rules, known as “net neutrality,” act to provide equal opportunity for Internet speeds and access to websites.The central question was whether network owners — like Comcast or Time Warner Cable — can discriminate what runs on their cables. The FCC’s answer on Friday was: No.

The Democratic-led commission approved 3-to-2, split along party lines, to assert extra government authority over the Internet.

Now for the wild claims on both sides: “We saved the Internet!” or “We’ve destroyed it with government bureaucracy!”

The FCC rules won’t be official until maybe summertime. Then major telecom companies will challenge new rules in court. A judge might put the rules on hold. The next president, if Republican, could let this fizzle away.

That’s why, in the near term, nothing changes. No, Netflix won’t suddenly stream any faster. No, AT&T and Comcast won’t abruptly stop laying down high-speed fiber cables in your neighborhood as retaliation. And yes, Netflix can still cut deals with broadband companies for faster access to a network.

So what just happened, exactly? The FCC just granted itself the power to defeat a raging, fire-breathing monster: the monopolistic network owners who can kill Internet freedom by blocking websites — or by creating an Internet fast lane for the privileged few rich tech companies that can pay for it.

However, the FCC used existing rules to fix those problems.

That’s why some worry about how the FCC just ensured net neutrality. To enforce fairness rules, the agency will regulate network owners by scooping them up under Title II of the 1934 Telecommunications Act, a specific set of regulations that apply to phone companies. Telecoms say the rules don’t match the services they provide. They don’t trust the FCC’s promise that it will apply only a tiny fraction of those rules and won’t regulate rates and increase taxes.

Meanwhile, Tom Wheeler, the FCC chairman who ditched his original dialed-back plan for this one, assured this isn’t a government power grab.

How did we start caring about this? Credit comedian John Oliver, who got enough viewers of his HBO show that a record four million Americans sent comments to the FCC.

He framed it from the point of view of the average person dealing with their Internet service provider. Plans are expensive, service is inexplicably spotty and you have little choice. Clearly, the network owners are the bad guys.

But wait, there’s a third option. As this fight makes its way through the courts, Congress has the opportunity to stand up and write rules that work too.

After all, both network owners and the websites that flow data through them have a point. Outright blocking and anti-competitive behavior is unfair and should be illegal. On the other hand, for technical reasons, network owners need to manage traffic. Your video stream needs to move faster than your email for your experience to feel smooth.

That’s why critics call the Title II approach — what the FCC did today — a blunt instrument. But it’s not clear that it’s as wonderful — or terrible — as everyone says.