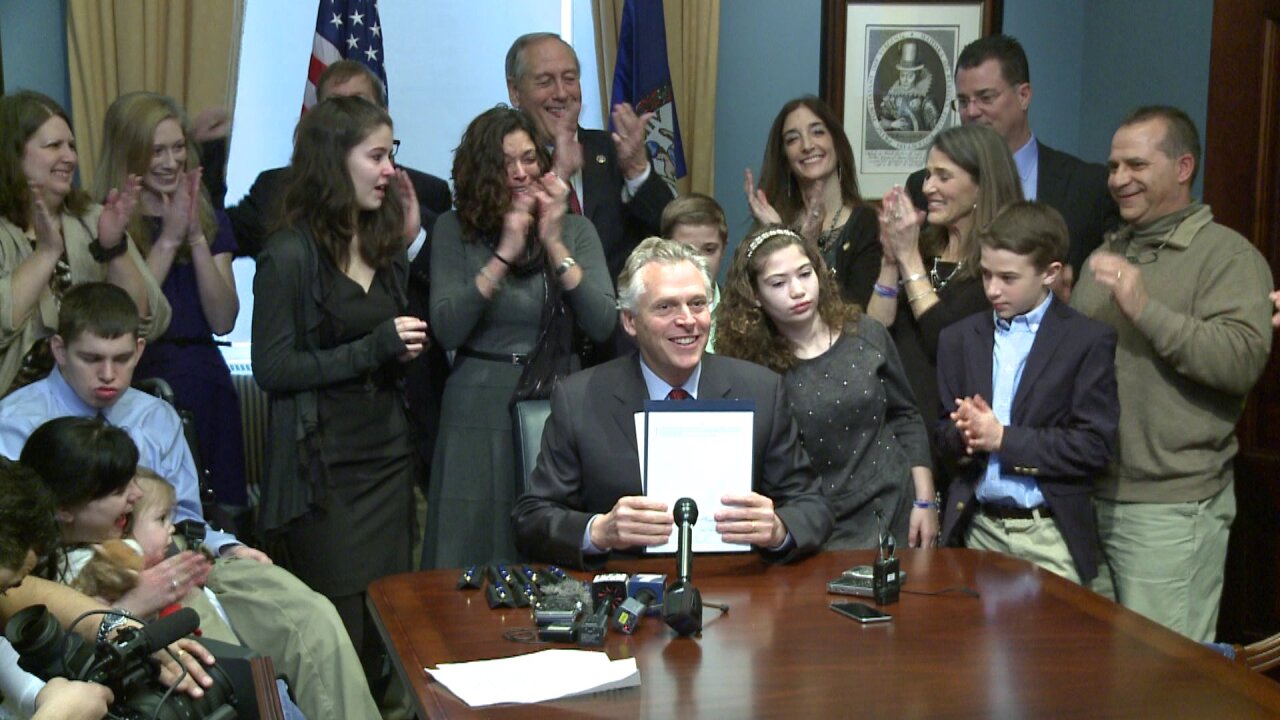 McAuliffe signed House Bill 1445 and Senate Bill 1235, which decriminalize the use of Cannabidiol oil and THC-A oil by patients who suffer from persistent epileptic seizures. The bills contained an emergency clause and took effect immediately.

The new law does not provide a prescription for the substances; however, a certification from a doctor will serve as an “affirmative defense” for epilepsy patients arrested and charged with possession of marijuana.

In a news conference at the bills’ signing, McAuliffe said Virginia should not force families to move to other states to seek the medical treatment they need.

“This is common sense,” the governor said. “It is the right thing to do. And this, in fairness, is what elected official ought to do – to help people’s lives.”

Sen. Dave Marsden, D-Burke, the chief sponsor of SB 1235, said the bill signing marked a giant step forward for the families who live in constant fear of prosecution.

“This bill is a triumph of science over fear,” Marsden said.

Some of the affected families who had been lobbying for the bills’ passage were invited by the governor to stand behind him as he signed the legislation into law. McAuliffe said that Virginia was their home and their partner and that “we will be there for you because you were there for us.”

“If the science shows that we can better individuals’ lives by the use of marijuana and the oils, then I am always open to that,” McAuliffe said.

The oils, like THC-A, reportedly have anti-inflammatory qualities, among other healing properties, but without the psychoactive effects of THC. Twenty-three states and the District of Columbia have enacted various medical marijuana or marijuana decriminalization laws – and four have outright legalized recreational marijuana.

But many questions remain about how certification holders and their families will obtain the oils, because medicinal marijuana is still illegal on a federal level.

“The federal government has got some work to do,” Albo said.

Capital News Service is a flagship program of the VCU’s Robertson School of Media and Culture. Students participating in the program provide state government coverage for Virginia’s community newspapers and other media outlets, under the supervision of Associate Professor Jeff South.