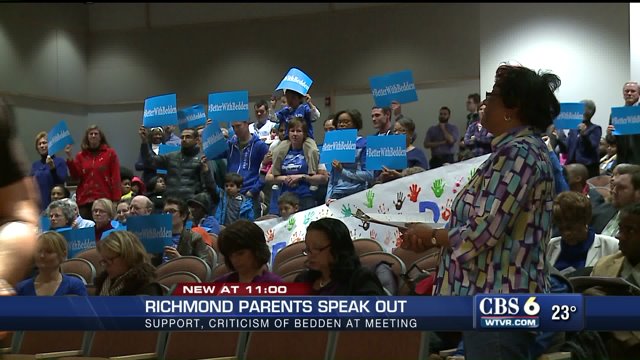 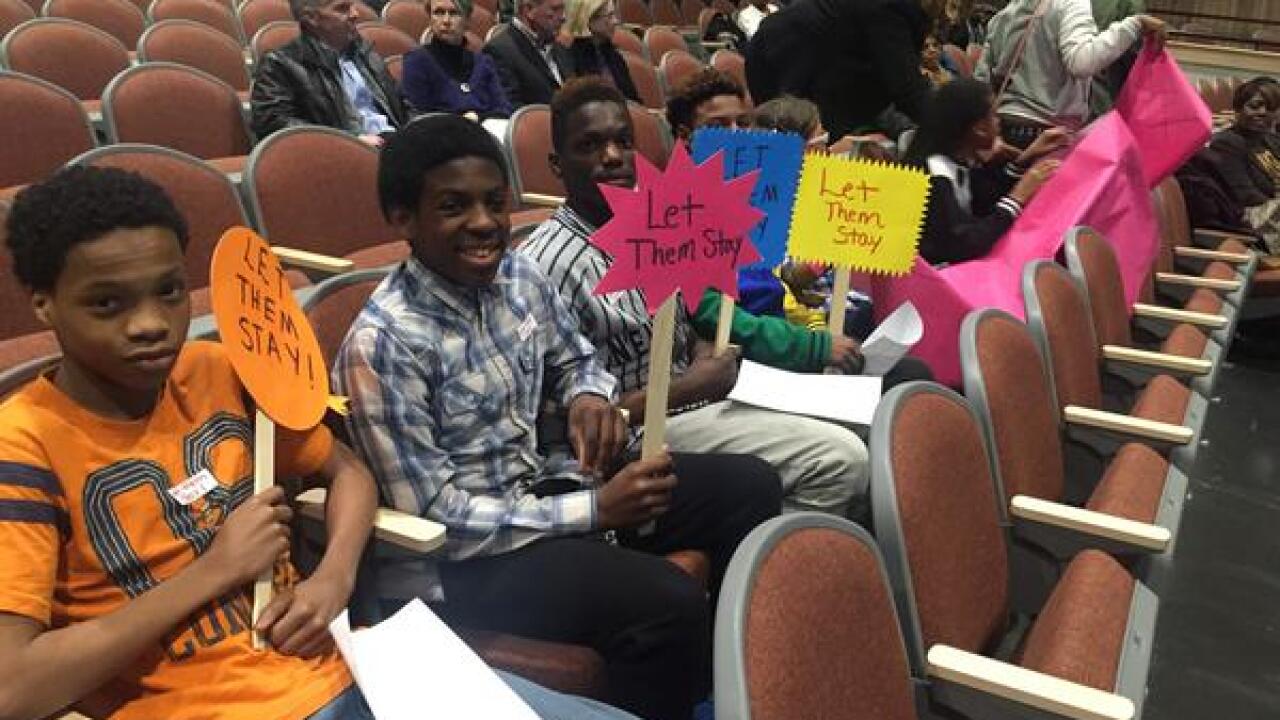 RICHMOND, Va. -- The Superintendent of Richmond Public Schools received a mixed reception from parents, teachers and students at Monday night’s school board meeting where some urged Dr. Dana Bedden not to leave for another job, and others criticized a new policy that requires some teachers to reapply for their jobs.

CBS 6 confirmed last week that Bedden is one of the finalists for the top job in Boston’s public schools, and many in Richmond do not want the reform-oriented leader to leave.

“You can get a bigger shot in a bigger school system, but if you fix Richmond’s Public School system, you will go to Heaven from here,” one man in the audience said.

But others in the audience told Bedden and the board that they were upset with his recent decision to make half the teachers at MLK Middle School reapply for their jobs.

RT @MelissaCBS6: These kids have speeches prepared. Great to see kids getting involved in their education! pic.twitter.com/r9nSKY28nU

“I love all my teachers and I’m sure my peers do to so please let them stay,” one MLK student said.

MLK is one of the most under-performing schools in the state, but several people at the meeting said the teachers are not the problem.

“Until students are held accountable and faculty and administrators are given appropriate tools improving academic achievement will be futile,” Christian Bradford, a teacher at MLK, said.

“Think about what is going on in this community…they need more discipline,” Parish Triplett, whose son attends MLK, said.

Triplett’s son is a high achiever at MLK, but he wants to switch schools because of disciplinary issues with other students.

“You’re trying to learn in class, and all you hear is yelling and running down the hallways and stuff,” Elliehee Bets, Triplett’s son, said.

Teacher Christian Bradford said he always puts students first, but his hands are tied when it comes to holding problem students accountable.

“I think we should have an alternative placement so they can be educated and so we can divert that adverse behavior,” Bradford said.

But, even after hearing those concerns, at least one member of the school board, said he still supports the plan.

“At the end of the day there are only certain variables we can control and one of them, and quite frankly the most important one, is the personnel we have in our schools in our classrooms teaching our kids,” Glen Sturtevant, a board member, said.

The school board was set to vote Monday night on Bedden’s budget proposal, but they decided to put off the vote until next week when they’re supposed to find out of Bedden gets the job in Boston.