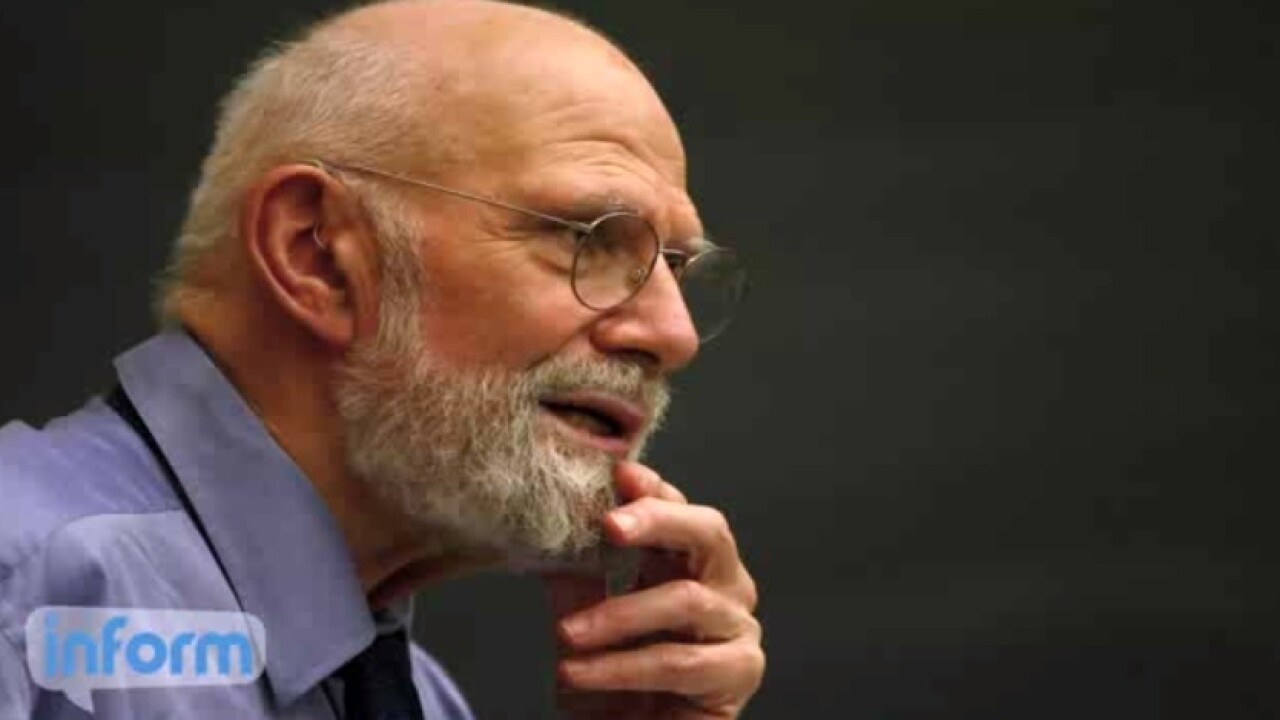 It is an unmistakable voice, that of Oliver Sacks, neurologist. “Precise, probing, and epigrammatic” is how Wired writer Steve Silberman once described it.

And soon, the world learned Thursday, it may be silenced.

In a New York Times essay that received instant acclaim for its poignancy, beauty and determination, the renowned scientist and doctor revealed that he has incurable cancer.

“Over the last few days, I have been able to see my life as from a great altitude, as a sort of landscape, and with a deepening sense of the connection of all its parts, ” he wrote in the Times. “This does not mean I am finished with life.”

“On the contrary, I feel intensely alive, and I want and hope in the time that remains to deepen my friendships, to say farewell to those I love, to write more, to travel if I have the strength, to achieve new levels of understanding and insight,” wrote Sacks, 81.

“Oliver Sacks has cancer. Damn. He writes about it as beautifully as you would expect,” Twitter user Ian Leslie wrote.

It’s not Sacks’ first bout with the disease. Nearly a decade ago, he was diagnosed with ocular melanoma that eventually left him blind in one eye and served as the basis for one of his books, “The Mind’s Eye.”

“Although the radiation and lasering to remove the tumor ultimately left me blind in that eye, only in very rare cases do such tumors metastasize. I am among the unlucky 2 percent,” he wrote in the Times. “I feel grateful that I have been granted nine years of good health and productivity since the original diagnosis, but now I am face to face with dying. The cancer occupies a third of my liver, and though its advance may be slowed, this particular sort of cancer cannot be halted.”

The British-born Sacks, who is on the staff of the New York University School of Medicine, is perhaps best known as the inspiration for the doctor portrayed by the late actor Robin Williams in the 1990 film “Awakenings.”

The film is based on Sacks’ 1973 book of the same name, recounting his experiences treating patients who long been in a catatonic state after contracting “sleeping sickness.”

In his long career, he has made a practice of marrying clinical practice with narrative storytelling.

“Each of us is a singular narrative, which is constructed, continually, unconsciously, by, through, and in us — through our perceptions, our feelings, our thoughts, our actions; and, not least, our discourse, our spoken narrations,” he said. “Biologically, physiologically, we are not so different from each other; historically, as narratives — we are each of us unique.”

The habit that endeared him to many also brought criticism from some who accused him of being exploitative. Disability advocate Tom Shakespeare once called him “the man who mistook his patients for a literary career.”

But little of that was evident Thursday as fans reacted to the news, seizing on the eloquence of the essay and hoping for yet more from Sacks before he goes.

In his essay, Sacks says he plans to ignore politics and leave debate over climate change to the next generation, and instead focus on living “in the richest, deepest, most productive way I can.”

“I feel a sudden clear focus and perspective. There is no time for anything inessential. I must focus on myself, my work and my friends.”

For fans, there is good news among the gloom.

Sacks will publish an autobiography in the spring and in his Times essay says he is nearly done with several other books.