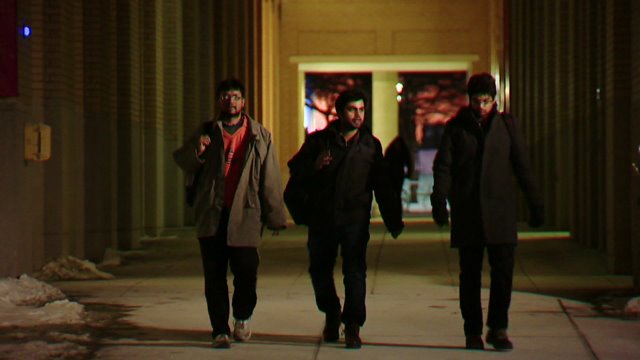 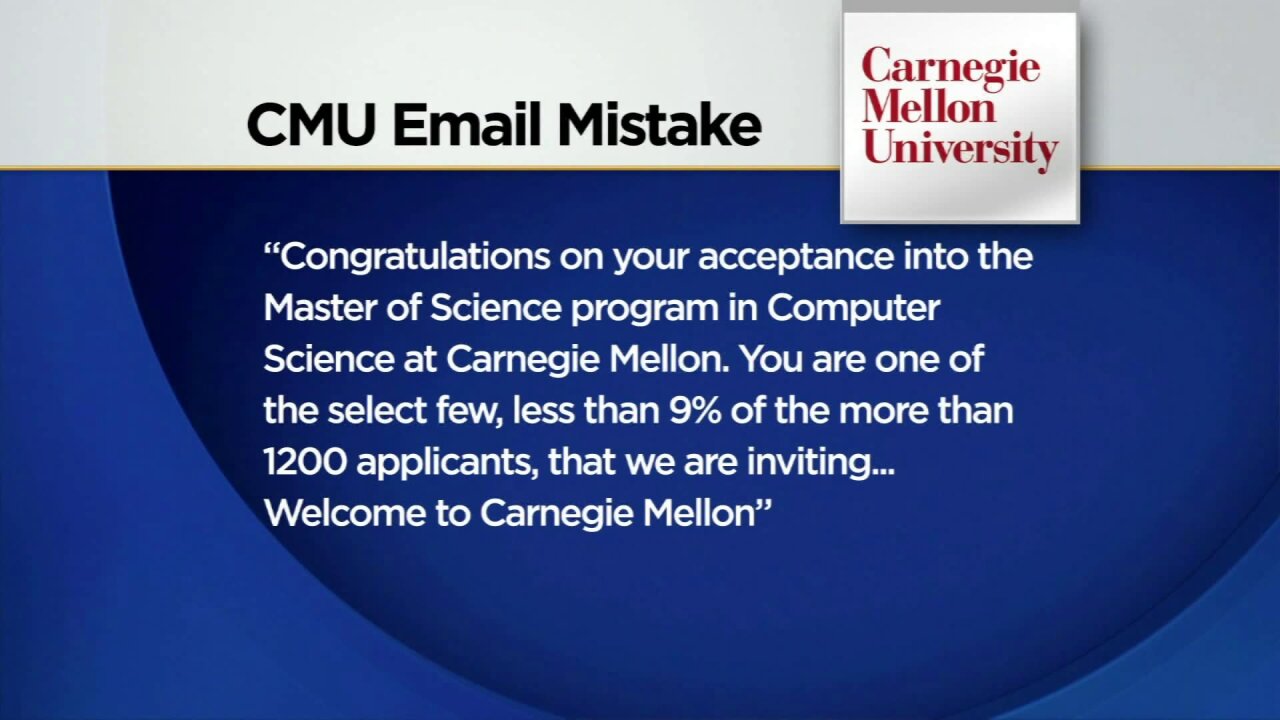 The university is renowned for its ground-breaking research and pioneering technology. Its computer science program ranked number one in the country by US News and World Report.

"It's definitely a tough program, um, you hear a lot about it, we're known for it,” said Sarah Shy, one of the talented few to be accepted into the program.

Hundreds who strive to be among its ranks recently experienced elation, followed by agony after the university sent out 800 acceptance e-mails by mistake. Applicants were wrongly told they got into its Masters of Science program.

"I think that just makes it worse because it's such a prestigious school, especially the computer science in generally because it has such a low acceptance that it's like an even bigger fall,” said student Luis Arreaga.

The email read in part, “Congratulations on your acceptance into the master of science program in computer science at Carnegie Mellon. You are one of the select few, less than nine percent of the more than 1200 applicants, that we are inviting, welcome to Carnegie Mellon.”

A few hours later another email was sent explaining the error. The reaction on social media was swift and passionate. Budding computer scientists were saying their souls were crushed, their futures erased.

“If I got like that rush of happiness with the acceptance letter and then the immediately they tell me 'oh no, that was a mistake' that would definitely be something I wouldn't be able to handle,” said another student Sameer Dajvaliker.

"No one is perfect, like no university is perfect,” said student David Zhang.

University officials declined an on-camera interview but wrote in a statement that they are deeply apologetic.