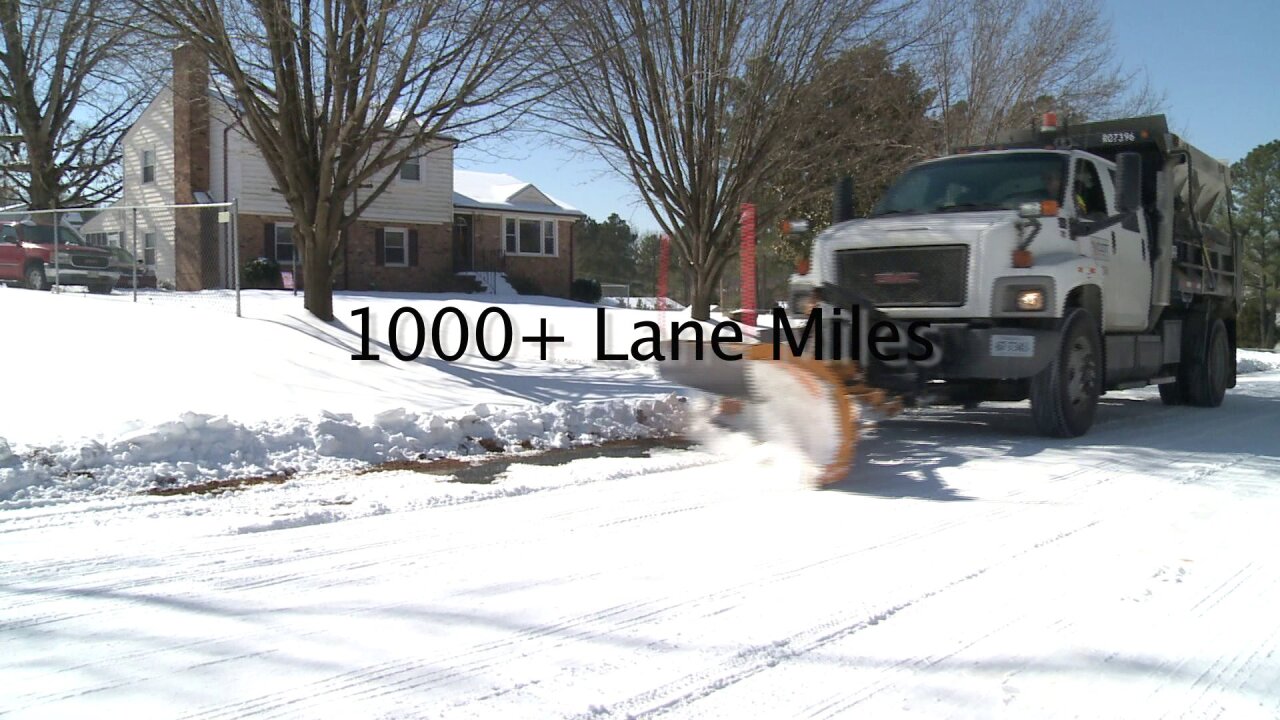 PETERSBURG, Va. --There are more than 1,100 lane miles in Dinwiddie County and while the main roads and many secondary roads are clear, neighborhood streets are now the focus of the snowplows.

In Petersburg, they have 379 lane miles and all the main roads are clear. Now crews are out in full force and focusing on neighborhood roads.

In Colonial Heights, with 194 lane miles,  main roads are clear and the side streets are slushy. There, snowplow crews have worked their way into neighborhoods. They aren't just plowing, but also throwing down salt and sand to help provide traction at intersections and hills.