Act of Kindness: Teen stops car to shovel snow for man with walker 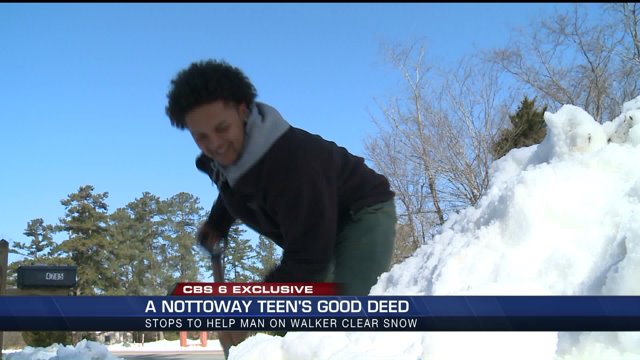 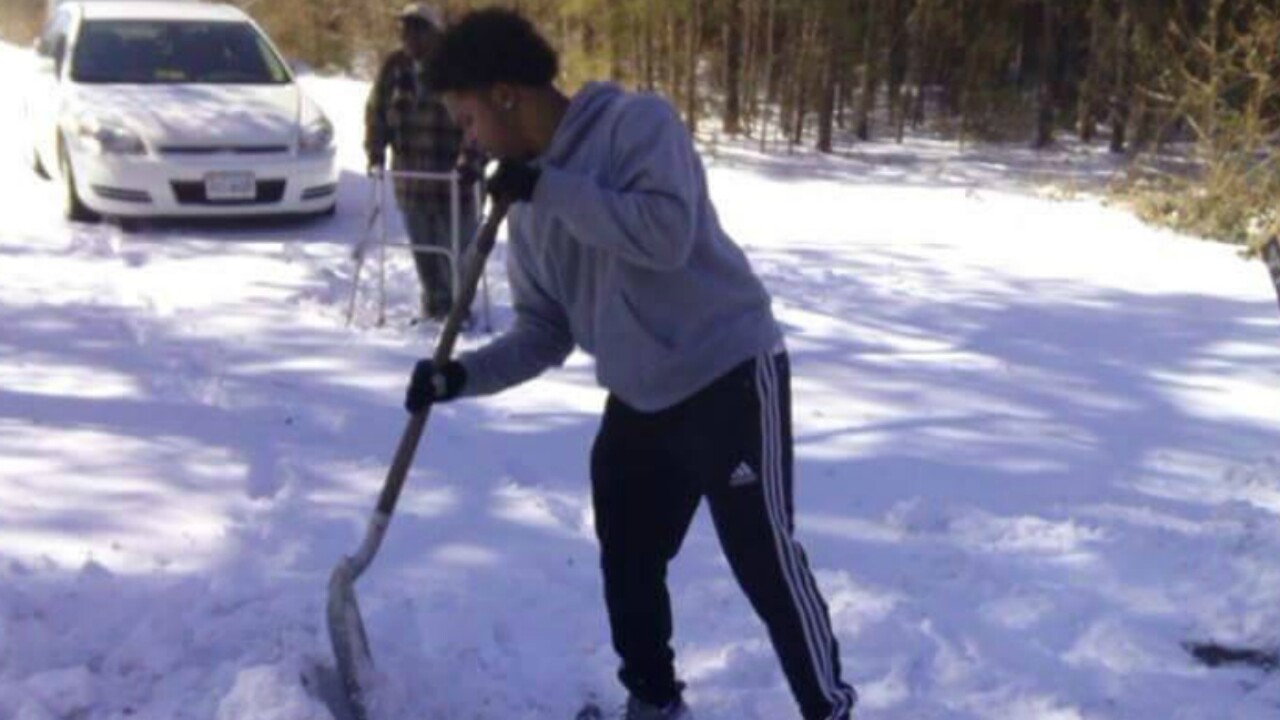 NOTTOWAY COUNTY, Va. -- A Nottoway High School senior who spends snow days clearing snow and ice from neighborhood driveways and sidewalks saw something out of his mother's car window that compelled him to tell her to stop the car. Teresa Adams and her son Tommy were driving home from the DMV when they drove past an older man who was trying to shovel snow from his driveway. The man was using a walker to get around.

He said, "there's an older man with a walker shoveling snow -- I'll help him out," she added.

Tommy approached the man and asked him for the snow shovel.

"He looked surprised," Teresa said. "I was so proud, I started to cry." Teresa snapped a photo of her son's good deed. That photo was later shared on the WTVR CBS 6 News Facebook page.

"He was relieved; he looked tired," Tommy said. "I told him to get back into his car because it was cold. Other people who saw him in the snow should have had the decency to stop."

Tommy said it appeared a plow had driven by and built up the snow on the man's driveway along Old Nottoway Road. He said the snow was deep and it took him more than 15 minutes to clear the driveway for the man.

"He said 'God bless you, the world needs more people like you,'" Tommy recalled.

Tommy said he did not catch the man's name, but he was glad he was there to help.

"I try to do good for the elderly because one day I may need help too," Tommy said.