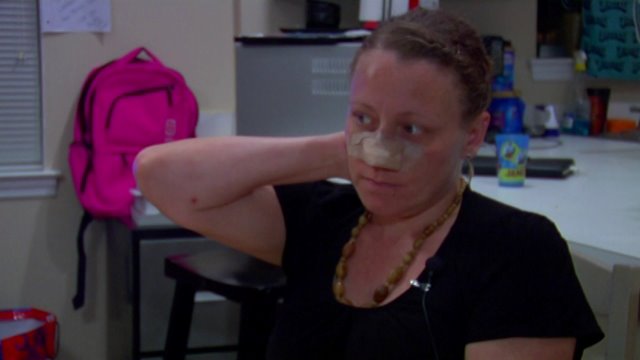 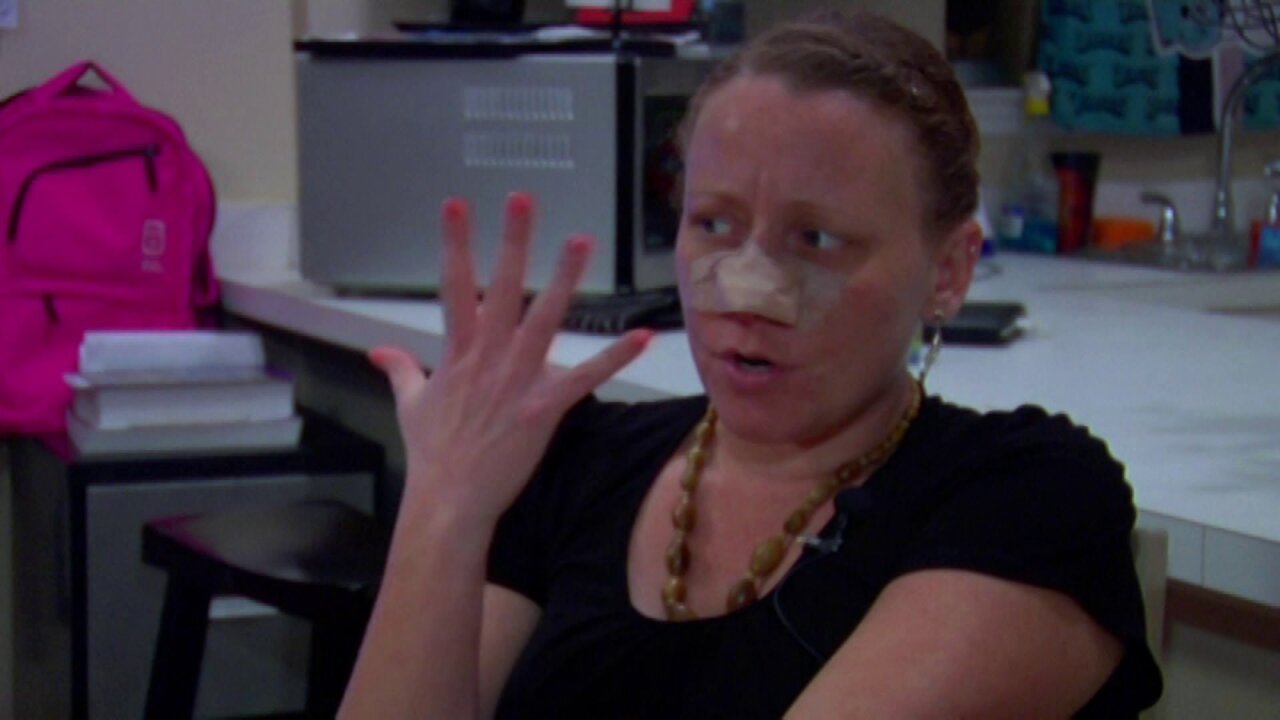 MYRTLE BEACH, South Carolina -- A Myrtle Beach woman is recovering after she said her ex-boyfriend bit off half of her nose in a violent attack at a party earlier this month . Michele Messer, a mother of two, told WMBF the encounter with her ex-boyfriend started off fine. That changed though when they both got into her car.

At first, Messer said , she did not believe the story. Then, she looked down.

"I just saw blood pouring from my face, and then I just kind of looked around and saw blood, smeared and everywhere in my van all over," she said.

A witness called police who arrested the ex-boyfriend. He was later charged with criminal domestic violence. Messer wanted him charged with a more serious charge.

"I was outraged. I remember calling and I was like 'why is that?' I'm sitting here permanently disfigured, a body part is missing and he intended to kill me. That was his intent. I mean, it was very clear what he said to me," she said.

"Even though we've got the charges upgraded, that's still not even half the battle, because between the pleas and the charges being suspended, you know, these men are still walking around every single day," she added.

Messer said she wanted to tell her story to encourage other domestic violence victims to speak out and get help.