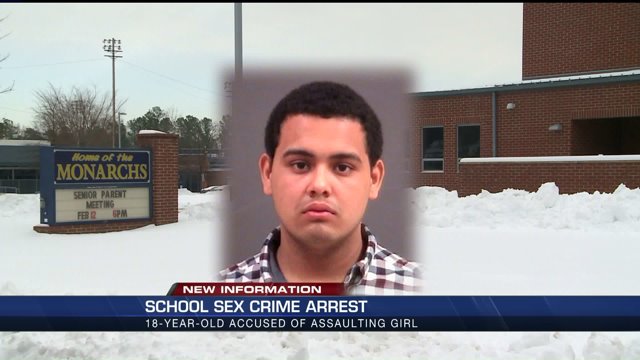 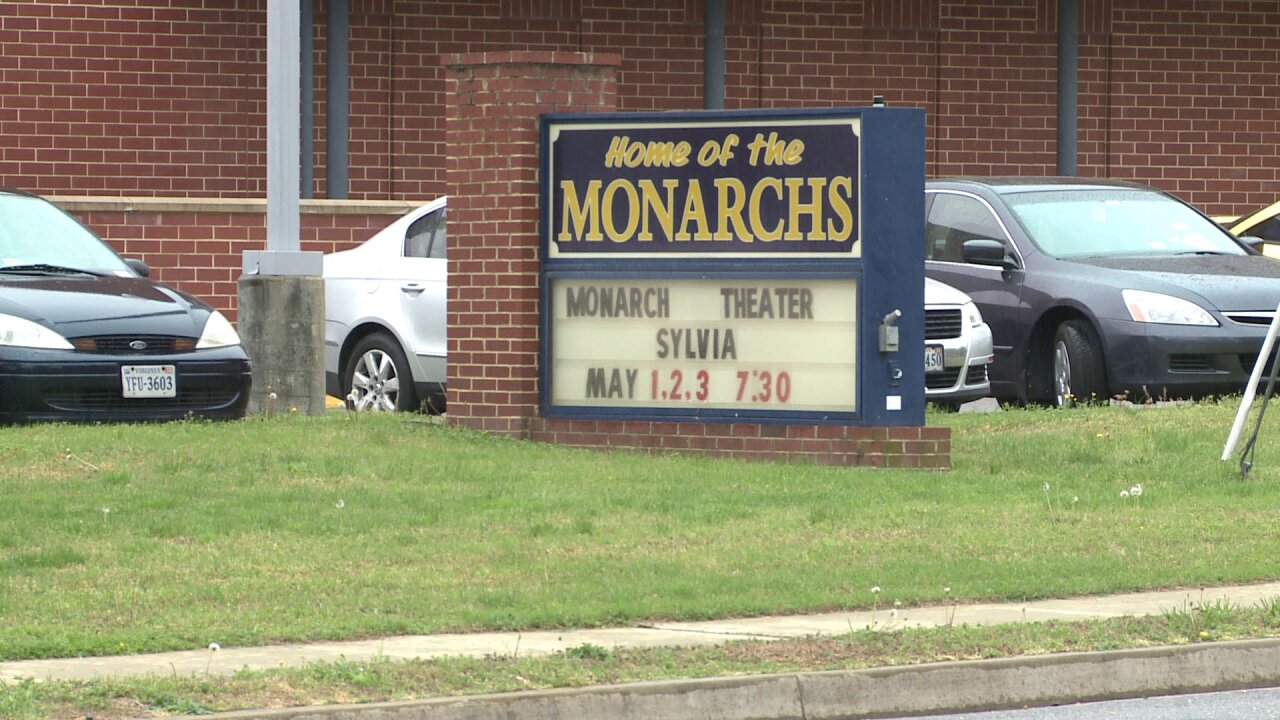 CHESTERFIELD COUNTY, Va. -- A Meadowbrook High School student was arrested and charged with sexual battery, abduction and kidnapping after an incident at the Chesterfield County high school. Francisco Palacios Arias, 18, was arrested on Friday, one day after police said the incident occurred.

"It was reported that a 15-year-old female was touched inappropriately by three known male students, one age 18 and two age 17," a Chesterfield Police spokesperson wrote in an email. "The investigation indicates that Palacios Arias prevented the victim from leaving the room and touched her inappropriately. The investigation into the involvement of the 17-year-old male students continues."

Police said Arias had prevented the teen from leaving a room and so he was charged with abduction and sexual battery.

"Other students were saying he didn't let the girl out of the dark room at Meadowbrook and exposed his private parts," said Caleb Ricks, who has known Arias since elementary school.  He said he was shocked to hear the allegations, describing his friend as respectful and one of the kickers on the Meadowbrook football team.

"Don't nobody believe it,” said Ricks.  “Because everyone knows he's a really good kid."

Arias was arraigned in court Wednesday afternoon.  A judge granted a $5,000 bond and ordered him to have no contact with the alleged victim.

"That means [no contact] at school and outside of school grounds, on top of no contact with social media or Facebook,” said CBS-6 legal expert Todd Stone, who calls the charges serious.

The abduction charge alone could carry a penalty of life in prison, not to mention the “scarlet letter” that goes along with it.

"Starting at the age of 18 [an abductor is put] on a sex offender registry. That's a long time to be on the list, if you are convicted,” said Stone.  “So I’d think this young man would do what he has to do, to make amends and fight this."

Arias is due back in court on March 17th.  He is currently out on bond.

"Students who violate student conduct regulations are subject to suspension and/or expulsion, and, if the offense is a violation of the law, to prosecution," spokesman Shawn Smith wrote in an email. Smith cited student privacy laws from preventing him from discussing what, if any disciplinary actions were taken against the accused students.