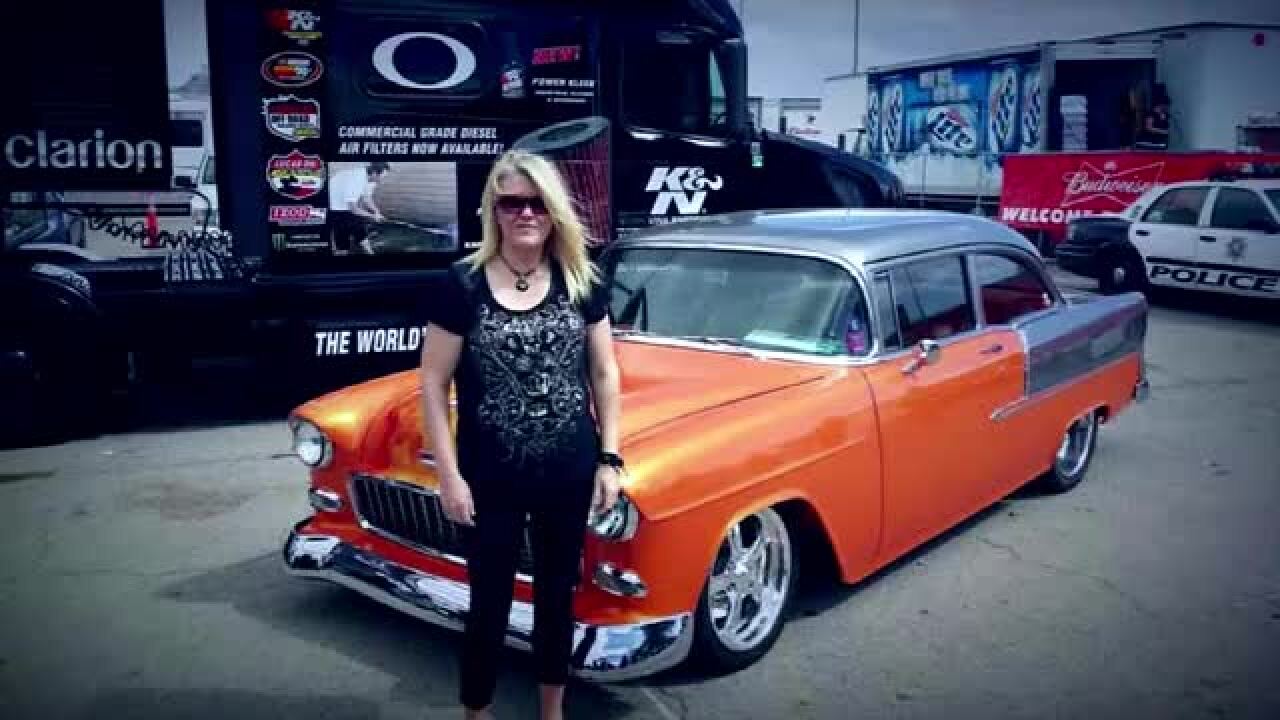 LAS VEGAS –The woman killed in an apparent road rage incident last week returned home to pick up her son and then went back out to find the man now suspected of shooting her, a Las Vegas homicide detective said Tuesday. Tammy Meyers, a 44-year-old mother of four, had been giving her 15-year-old daughter a driving lesson Thursday when she had an encounter with another driver that left her scared and upset, Lt. Ray Steiber told reporters. When she got home, Meyers told her daughter to go into the house, wake up the girl’s brother and have him get in the car. Meyers’ son Brandon, 22, brought a registered firearm with him. Meyers drove back out of the neighborhood to see if she could find the man, Steiber said.

“The vehicles and persons found each other,” he said. “Through the course of them finding each other, at one point Mrs. Meyers was following what we consider a suspect vehicle and then at another point they broke apart and Mrs. Meyers went home.”

Shortly after arriving at her house a second time and getting out of her car, a gray or silver sedan pulled into the cul-de-sac and a volley of shots was fired. The son returned fire, Steiber said. Meyers was struck in the head by one bullet and was rushed to the hospital, where she died on Valentine’s Day after being taken off life support. Steiber said the family called 911 after Meyers was shot.

The driver, described as a man in his 20s to 30, is about 6 feet tall with medium build. He wore a white V-neck T-shirt.

Las Vegas, Nevada, police are searching for the person depicted in this sketch. He is wanted in connection with a fatal shooting of a Las Vegas mother following an alleged road rage incident.

Steiber said authorities believe a bullet from the suspect’s gun killed Meyers, and not one from the son’s firearm.

The initial incident came after the suspect was speeding past Meyers as she drove her daughter home from a driving lesson. Seeing the speeding car, the daughter reached over and honked the horn.

Steiber said the man pulled in front, stopped his car and came back to the Meyers car. His words scared mother and daughter. They did not say anything to the suspect, Steiber said.

Vigil for the victim

Meyers’ husband spoke at a vigil for his wife on Tuesday. He said some of the facts in the case were starting to get twisted by the media.

“My son is not an animal. My son is a hero in my book,” Robert Meyers said. “There were mistakes like everyone of us have made in our lives. But this particular mistake was made to keep a bigger mistake from happening. And my wife paid the ultimate price for it.”

Brandon Meyers said he was trying to protect his family.

“Everyone can think what they have to think,” the 22-year-old said. “I did it for a reason and I’d do it for anyone I loved.”