Jeb Bush speech: ‘I am my own man’ 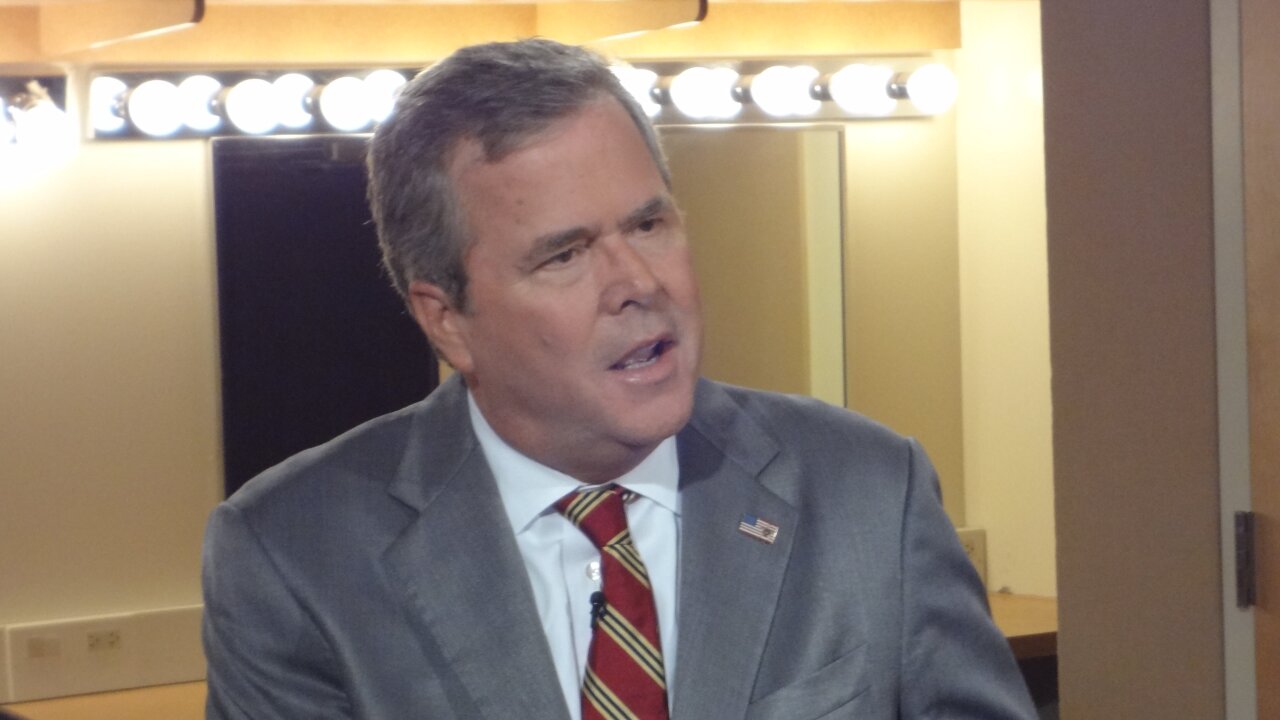 Piers Morgan pre tapes an interview with Jeb Bush for Piers Morgan Tonight at the Republican National Convention in Tampa.

Jeb Bush offered sharp criticism of the Obama administration’s foreign policy Wednesday, while at the same time distinguishing his own views from the legacies of his brother and father.

The former Florida governor argued that the current White House has been “inconsistent and indecisive” on national security — an approach that “no longer inspire(s) fear in our enemies,” according to excerpts of prepared remarks he’s set to make to the Chicago Council on Global Affairs.

“The great irony of the Obama Presidency is this: Someone who came to office promising greater engagement with the world has left America less influential in the world,” he said.

Bush tackled one of the biggest issues surrounding global affairs and Congress, when he said Wednesday that he’s “eager to hear” what Israeli Prime Minister Benjamin Netanyahu has to say when he comes to speak in a joint meeting of the two chambers next month.

“I’m surprised that the administration is upset to hear from a close and valuable ally on such a sensitive topic,” Bush said in speech in Chicago. “If we want to build confidence and trust…we have to listen.”

Netanyahu was just one of several hot button topics that Bush addressed in his speech. Bush also talked extensively of his own experience traveling, and made repeated references to top issues in the Middle East, Russia, North America and Asia. He strongly criticized the negotiations with Cuba that led to a historic thawing between the two countries and freeing Alan Gross.

“The notion that somehow you’re going to have freedom just kind of outbreak in Cuba, I think is false,” Bush said, adding later “I think it was the wrong thing to do. Had they waited…they would have seen economic strains that would have probably brought Cuba to the table.”

While the excerpts make no specific mention of Hillary Clinton, they contain a veiled allusion to the former secretary of state’s 2009 attempt to re-establish relations between the United States and Russia. The so-called reset has become a focal point in Republican attacks against Clinton as she prepares for a potential 2016 run.

While Bush called for more defense spending and a policy of engagement “in often distant places,” he carved out a national security reputation that’s separate from his brother, George W. Bush, and father, George H.W. Bush, two presidents who oversaw the start of wars in the Middle East.

Bush said that he’s “lucky to have a father and a brother who both have shaped America’s foreign policy” and that he admires “the difficult decisions they had to make.”

“But I am my own man,” he said. “And my views are shaped by my own thinking and own experiences. Each president learns from those who came before — their principles… their adjustments. One thing we know is this: Every president inherits a changing world… and changing circumstances.”

Democrats are already planning to make comparisons to his brother a key part of their attack strategy if Bush runs for president, but the former governor has strongly suggested that he plans not to engage in policy disputes over the wars in Iraq and Afghanistan.

Talking to reporters in Bonita Springs, Florida on Friday, Bush said he “won’t talk about past” but about the “future.”

“If I’m considering running it’s not about re-litigating anything in the past, it’s about trying to create set of principles and ideas that will help us move forward,” he added.