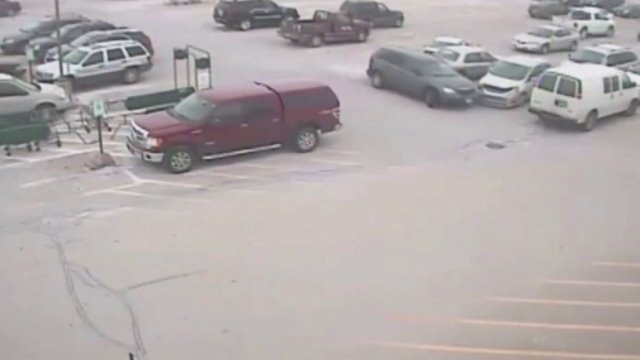 MAYVILLE, Wisconsin -- Police have decided not to charge a 92-year-old Wisconsin man who hit 10 cars parked at a Piggly Wiggly grocery store. The driver struck an 11th vehicle on his way out. Police, who posted video on Facebook and YouTube of the driver slamming into the cars, said it appeared he suffered some sort of medical emergency behind the wheel. The driver told police he got confused and panicked.

"It's a miracle that nobody was injured," Mayville, Wisconsin Police Chief Christopher MacNeill told TMJ. "It could have been a heck of a lot worse, we were very, very fortunate that there was no pedestrians walking out with their groceries."

The incident happened in the middle of the day, at about 12:26 p.m., according to Fox6Now.com.