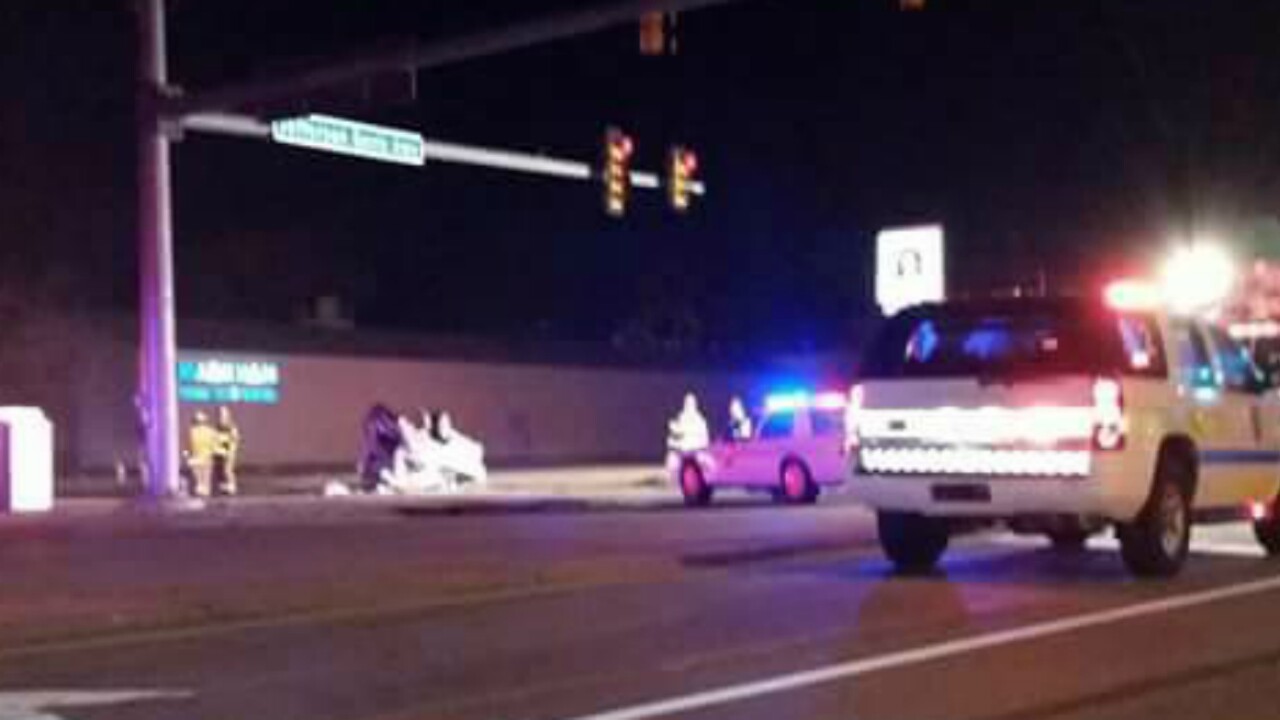 CHESTERFIELD COUNTY, Va. -- A suspected drunk driver whose clothes caught fire after he was Tasered by a Chesterfield Police officer was listed in critical condition early Sunday morning. The driver was injured when he lost control of his car and rolled it several times on the bridge just north of Jefferson Davis Highway and Chester Road. The crash happened around midnight as Chesterfield Police pursued the driver.

After police and firefighters freed the man from the wreckage, he  started to fight with the people who rescued him, police said. That is when a Chesterfield Police officers used his TASER to subdue the driver.

"One officer discharged his TASER at the man in order to bring him under control and this ignited the man's clothing, which may have come in contact with gasoline during the crash," Chesterfield Police said. "Firefighters quickly extinguished the fire and transported the man to VCU Medical Center."

Police have not released the driver's name. He was alone in the car at the time of the crash. All lanes of Chester Road (Rt. 145) were closed near Jefferson Davis Highway as police investigated this incident. The lanes reopened at about 7:30 a.m.