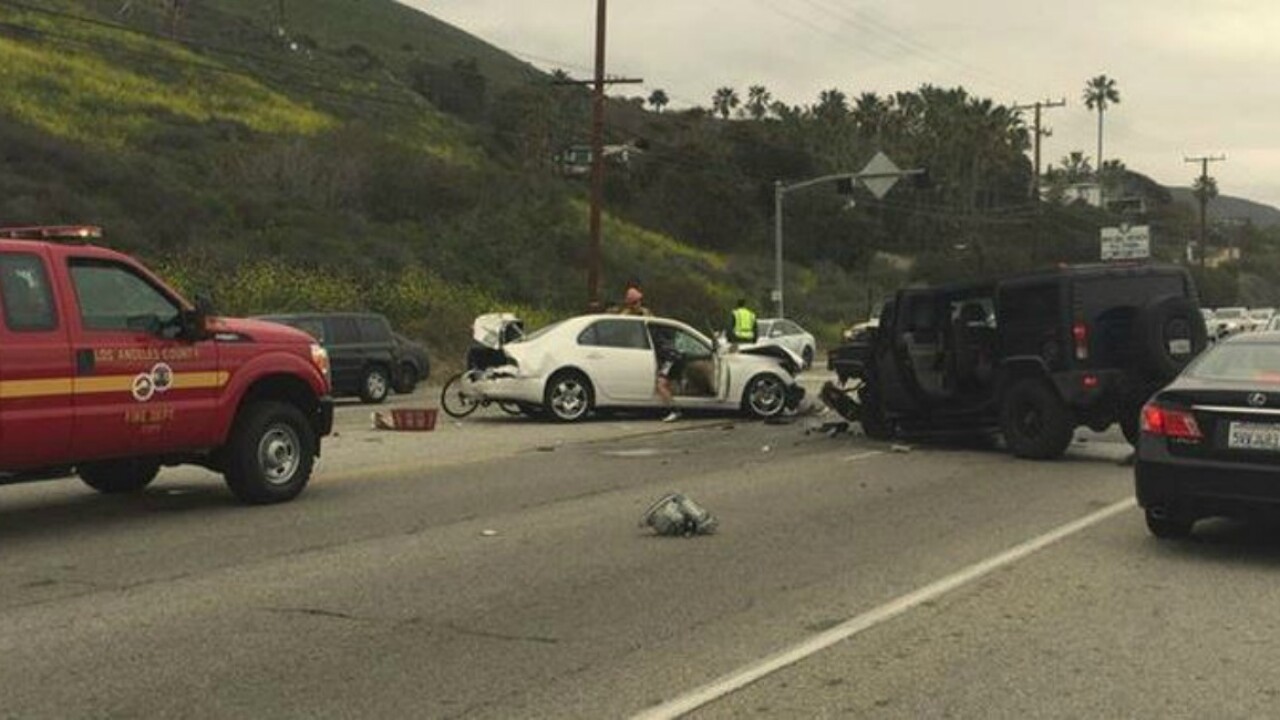 Sgt. Matthew Dunn was unable to say whether Jenner was a driver or passenger.

One person was killed in the wreck and seven others were injured at the intersection of Pacific Coast Highway and Corral Canyon Road, Dunn said, but no information about the deceased was immediately available.

It was unclear whether Jenner, 65, was injured in the crash, but pictures posted by TMZ showed Jenner standing by a damaged car talking with a firefighter.

According to TMZ, several eyewitnesses say the accident happened when Jenner, who was reportedly being chased by as many as five paparazzi, rear ended a vehicle and that car then went into oncoming traffic and was struck by a Hummer.  The driver of the vehicle Jenner struck, a woman, died.