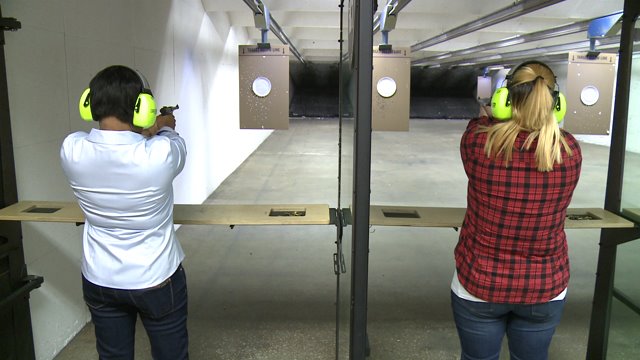 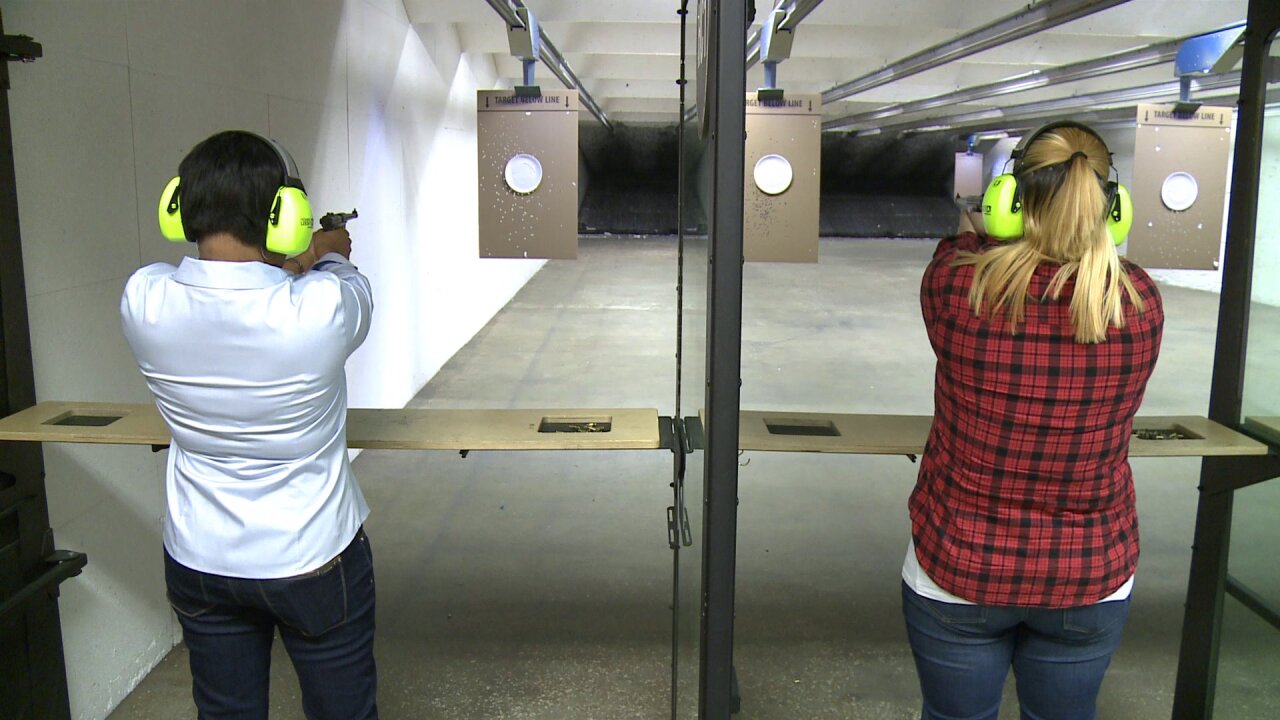 HENRICO, Va. -- Soccer Mom Debra Smith even teaches men how to shoot a gun, but this class at Colonial Shooting Academy is for “Ladies Only”.

“I'm not afraid of guns at all. I would rather be prepared if someone is going to come at me with a gun,” says one of the class participants.

Another class participant, Dianne Hill admits that she has a ‘healthy fear of guns’. Dianne and Kacey are two of the women taking a two-day course at Colonial Shooting Academy in Richmond. It’s where the ladies learn how to handle and shoot a pistol safely without feeling like an outsider in a male dominated industry.

"I hear a lot of people say, "I don't want a man to teach me. He'll think I'm stupid and they'll have a hard time coming to the range themselves,” said Debra Smith, shooting instructor at Colonial Shooting Academy.

Amy Kingery knows the frustration; she’s been shooting off and on for 20 years. Her husband is a retired police officer.

Not only are “Ladies Only” shooting classes booming, there are more female instructors.

“You can relate to girls,” explained Kingery. “There's not of that macho stuff going on - no one being all big man. It's just girls wanting to learn and doing it properly.”

The most recent Gallup poll on the topic shows that 23% of all women own a gun. That’s a 10% jump over a six-year period. A 2012 survey from the National Shooting Sports Association shows 6.4 million women are target shooting; a 67% jump from a decade ago.

“We're moving away from looking at the man as the protector of women and protector of the family,” Smith said. “Women are taking on that role.”

And so they’re taking classes on how to defend themselves. CBS 6 anchor Reba Hollingsworth is one of those women. Reba comes from a family of gun owners. It’s a sport for her father, but Reba’s never touched a gun---until now.

Instructor Debra Smith tried to help.
"When you jerk it, you're going to move the gun and your shots are going to be a little bit off," she said.

The ladies may be focused on hitting a small target, but the powerful gun industry is eyeing an even bigger one. University of Richmond Professor, Laura Browder said women have become the bullseye.
"They kind of took advantage of the women's liberation movement at the time and began marketing gun ownership as armed feminism,” Browder said.

Browder is the author of the book “Her Best Shot.” In it she explores the relationship between women and guns over two centuries, dating as far back as The American Revolution.

“When you had a prominent politician saying the difference between a citizen and a slave was the right to bear homes in defense of one’s country and since women were allowed to do that, they weren't considered citizens,” said Browder.

That forced armed women to disguise themselves as men to go fight in war. In the late 1880’s, gun-toting Annie Oakley would become an American icon.

“One of the biggest shooting stars in the history of the U.S is Annie Oakley,” said Browder.

In the late 1980’s, Browder said gun sales were flat and male hunters were dying off, so the gun industry set its sights on women. They began making smaller guns and creating ads like a famous one of a mom tucking in her child with a gun on the nightstand.

"Gun manufacturers are appealing to women's fears, whereas a 100 or 120 years ago it used to appeal to women's strengths,” said Browder.

Back at the range, retired Henrico Police Officer Reese Haller helped Reba with her aim. Eventually she got better. But outside these walls, Americans continue to debate guns, especially in the wake of several high profile shootings.

At Colonial Shooting Academy, the women have no agenda; they’re arming themselves with knowledge more than anything else.

“Guns are out there and everyone needs to learn how to be safe with them and you can learn that without even shooting a gun,” said Debra Smith.