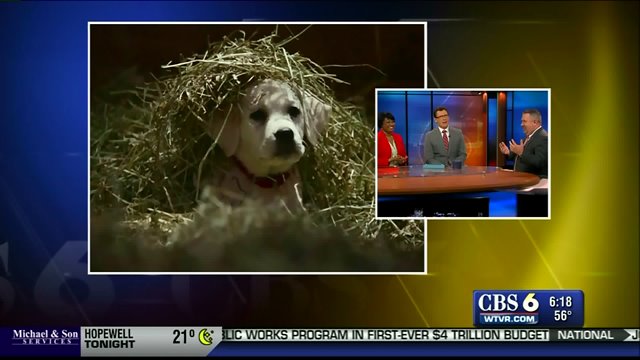 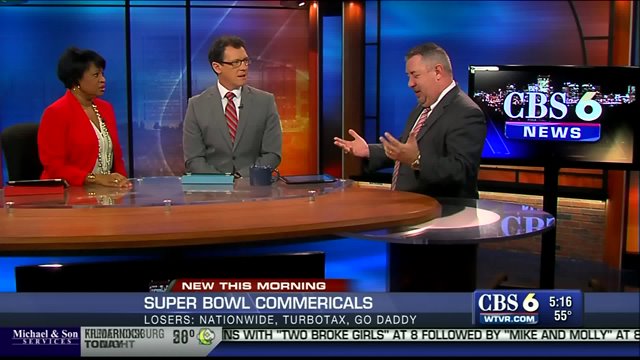 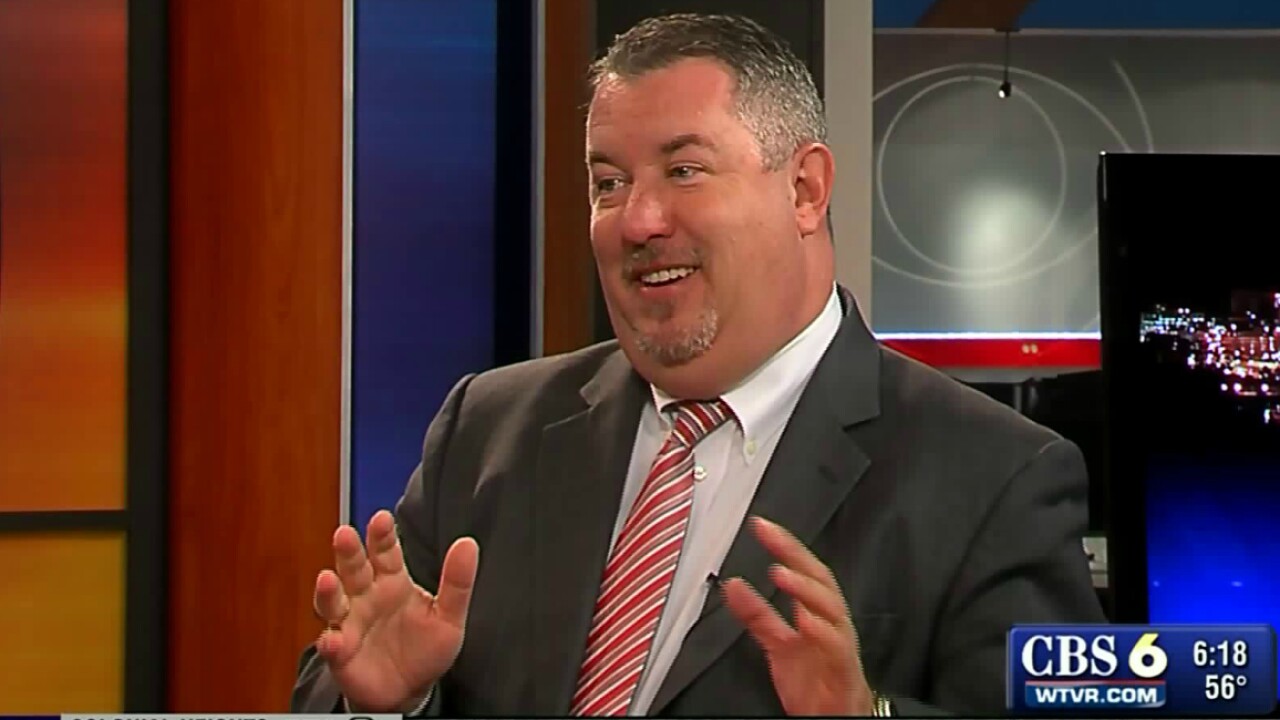 Dave Saunders, the Chief Idea Officer at Madison + Main, appeared on CBS 6 This Morning to share his opinion on the best and worst Super Bowl commercials of 2015. His comments can be viewed in the video players.

NEW YORK —  Who knew that your Super Bowl shopping list should have included drinks, snacks … and tissues? Plenty of tissues. It was a very serious year for commercials, including one from Nationwide that featured an actor essentially playing the ghost of a dead child. The video received thousands of thumbs down on YouTube. One person said it wasn’t the commercial, it was the timing of it during the big game, which is supposed to be the ultimate Sunday Funday. A Twitter user agreed the ad was wrong for the moment.

Our favorite Super Bowl ads usually opt for cute or clever over sentiment, but this year there were more triumphant and thoughtful spots mixed in. A bunch of them featured fathers.

"These #SuperBowl ads make me want to go out and buy like 12 dads," Laura A. Rosenfeld tweeted.

The somber tone of some spots brought the clever out in many viewers.

"A psychologist somewhere just paid off his boat thanks to the Super Bowl ads," Mac Brandt wrote.

Maybe the angst got to the advertisers too. The CEOs of two big cell service companies squabbled on Twitter over their ads, CNNMoney says.

Super Bowl advertisers 'are on trial'

Defying a stereotype of beer-soaked, sex-saturated ads, this year's crop of Super Bowl commercials were by turns triumphant and thoughtful, and at times even downright somber.

There were babies, dads, dogs, celebrities, athletes, and more babies. But there was also a minute-long message about domestic violence and a dead child who "couldn't grow up."

The provocative messages were meant to stand out from the dozens of other spots competing for attention. They might have made for a few awkward moments at viewing parties, but there were still plenty of ads that elicited smiles.

For the companies, Sunday was a $4.5 million moment. Months of planning and weeks of promotion culminated in 15 to 60 seconds in front of more than 100 million viewers -- and those viewers instantly delivered their verdicts via the Internet.

Nationwide's ad showed a boy speaking about the life he would have lived, had he not been killed in an accident.

"I'll never learn how to ride a bike. Or get cooties!" the character said.

"That Nationwide ad just knocked me off my chair," CNNMoney's Frank Pallotta tweeted.

As criticism mounted on Sunday night, Nationwide felt compelled to issue a statement: "The sole purpose of this message was to start a conversation, not sell insurance."

The conversation Nationwide wanted to start was about how "preventable injuries around the home are the leading cause of childhood deaths in America."

Instead, the boy became a meme even before halftime.

"The second I see a kid in one of these commercials I immediately assume they're going to die. Thanks, Nationwide!" comedian Patton Oswalt tweeted.

Paying an average of $4.5 million for 30 seconds of air time, advertisers during the four quarters of the Super Bowl faced extraordinarily high stakes. (And that's just the price paid to NBC -- companies pay huge amounts of money to get the ads produced.)

"There were a lot of tear-jerkers during the game, including Budweiser's puppy ad, Microsoft (boy with prosthetics) and Nationwide (childhood deaths)," said Sean Muller, the CEO of iSpot.tv, which tracked online reaction to the ads.

"This had a lot of people begging for more funny ads, which seemed to be more absent this year -- though FiatUSA, Doritos, Skittles and Avocados of Mexico (yes, avocados!) were hits among funny ads."

One ad right before kickoff that drew immediate commentary: a spot by Chevrolet about the wireless Internet capabilities of its Colorado trucks. "Chevy trucks advertising 4G LTE instead of driving through gratuitous mud. The world has truly gone tech," Mashable chief strategy officer Adam Ostrow wrote on Twitter.

There were also two commercials for mobile games, and for the first time, Snapchat showed up in an ad.

The all-important first ad position after kick-off belonged to Toyota, which had a feel-good spot starring Paralympic athlete Amy Purdy.

Some advertisers tried to capitalize on their multi-million-dollar investment by releasing their ads days ahead of time -- prompting speculation that this reduced game day anticipation.

Muller said "the volume of pre-releases/teasers" was definitely different this year.

Some advertisers, he said, used Facebook's relatively new video features to get attention, "driving up viewing and social activity significantly."

But "the volume of views and activity on Facebook appears to be an additive, meaning it's not taking away from activity on other platforms," like YouTube, Muller said. "And secondly, some brands aren't utilizing it yet -- I suspect that will change next year."

"We can't solve negativity on the Internet, but we can use the world's biggest advertising stage to ask people to think twice before posting negative messages and images," Jennifer Healan, the company's group director of integrated marketing content, said in a statement. "We hoped to inspire Americans to help make the Internet a more inclusive, happier place."

Perhaps the most thought-provoking ad of the game was the one commissioned by the NFL for its "No More" initiative, intended to stop domestic violence and sexual assault.

"The spot, which features a woman calling 911 and pretending to order a pizza because her husband is in the room, is based on a real 911 call," said the ad blog Spot Bowl, which called it a "game-changer."

It said the NFL was giving over "some of the airtime it normally reserves for light-hearted self promos" for the PSA.

Brill, a former executive at the ad agency Carat, noted that the NFL says it is contributing $5 million per year for the next five years to the National Domestic Violence hotline.