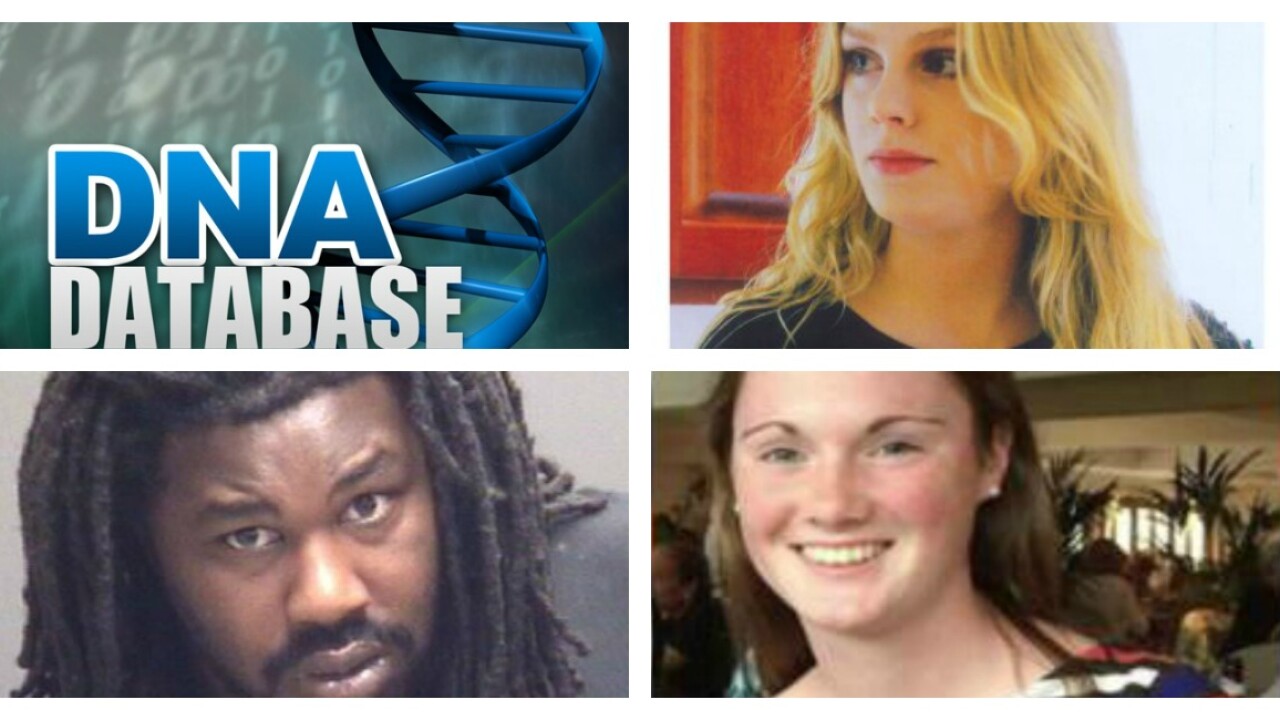 RICHMOND, Va. – A House subcommittee has decided to support the expansion of the state's DNA database to include DNA of people convicted of certain Class 1 misdemeanors. House Bill 1617, introduced, by Del. David J. Toscano (D-Charlottesville), has gained support from law enforcement in Central Virginia including Albemarle County Sheriff Chip Harding. Harding pushed for the bill after the deaths of Morgan Harrington and Hannah Graham.

Jesse Matthew, the man forensically linked to both cases, was convicted of misdemeanor trespassing in 2010. Harding said investigators may have put the pieces together sooner had Matthew's DNA samples been on file. Currently, everyone convicted of a felony must submit DNA to the state -- usually in the form of blood or saliva. The new bill would require those convicted of many class one misdemeanors to submit DNA samples as well.

What's a Class 1 misdemeanor? Offenses like assault and battery, driving under the influence and trespassing. Virginia Governor Terry McAuliffe has expressed concerns over the bill.

“When you start getting into misdemeanors, I think you have the potential of infringing on an individual’s rights,” Gov. McAuliffe said in a recent interview on WRVA radio. “Jaywalking; speeding. All the sudden they’re gonna take your DNA because you may have had a speeding ticket?!”