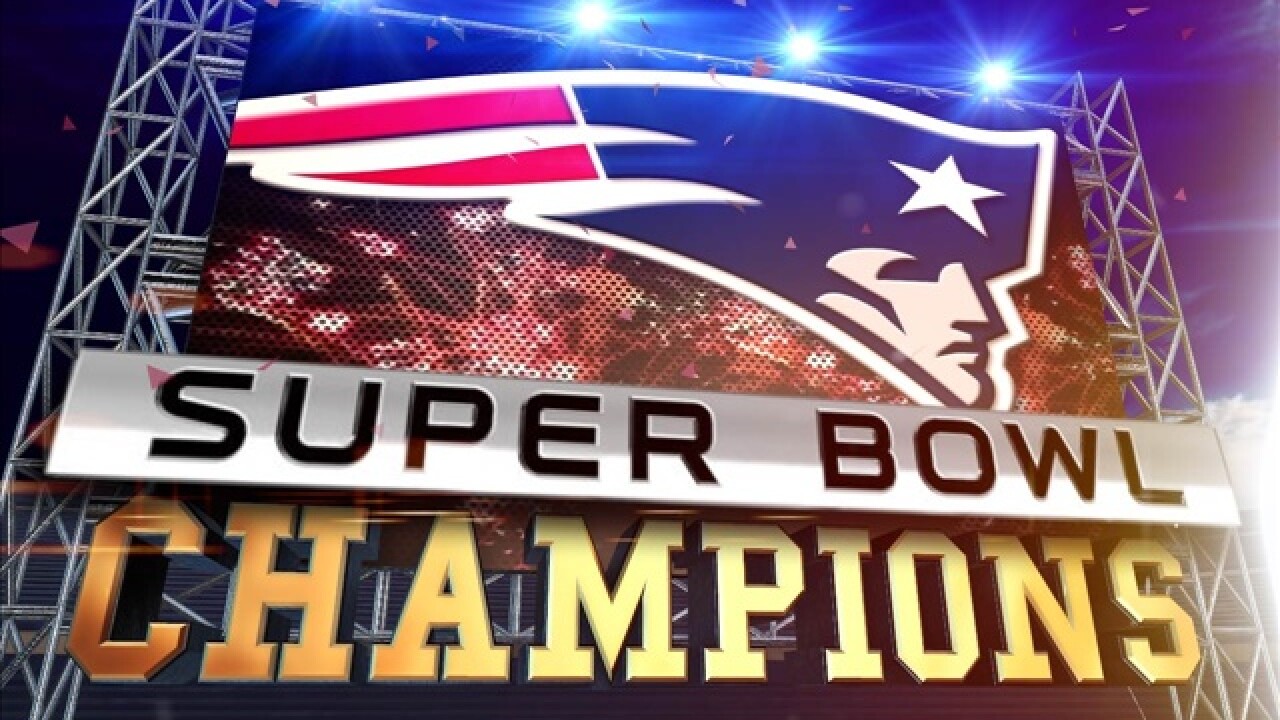 The New England Patriots rallied to down the Seattle Seahawks 28-24 Sunday and win Super Bowl XLIX at Glendale, Arizona.

Brady overcame two interceptions and threw for 328 yards. Julian Edelman caught nine passes and had the game-winning touchdown with 2:02 remaining in the contest.

Seahawks quarterback Russell Wilson shrugged off a slow start to complete 12 of 21 passes for 247 yards, but he threw an interception at the Patriots goal line with 20 seconds to go.

Seattle running back Marshawn Lynch had 102 yards rushing and one score.

The Patriots trailed 24-14 before Brady threw two touchdown passes in the fourth quarter.

The Patriots are the sixth team to win at least four Super Bowl trophies.

Congrats to the @Patriots on their #SuperBowl victory! We're glowing in their colors to celebrate. #PatriotsWin pic.twitter.com/sIqaofaCVN