The Westhampton Theater is slated to close this year 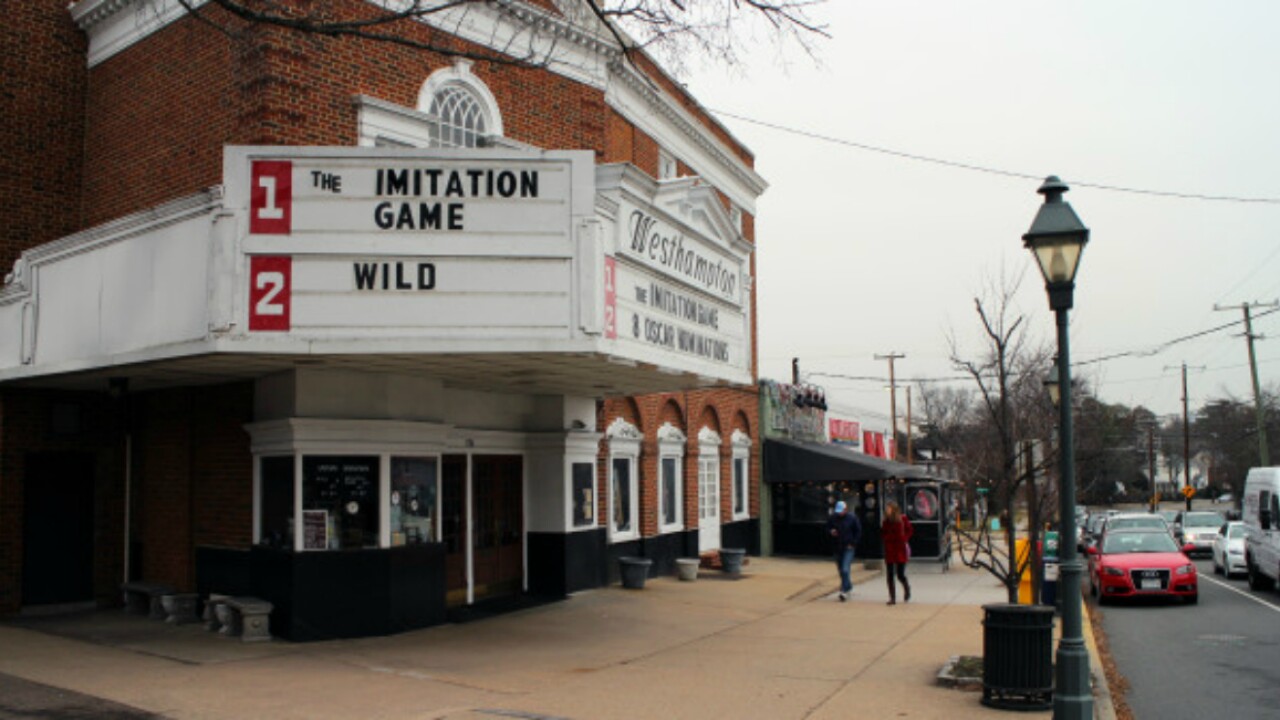 RICHMOND, Va. — The curtains are set to close on a longtime West End movie theater. The Westhampton Theater at 5706 Grove Avenue in Richmond will close at the end of this year as new owners, who quietly purchased the property last spring, consider their options for the future of the 77-year-old movie house.  The property was sold to the Cametas family for $1.75 million in March 2014 through their real estate holding company Westhampton LLC. It had been owned by Regal Cinemas, which still operates the two-screen theater, but has plans to shut it down.

According to a statement, the Cametas family has enlisted broker Jason Guillot of Cushman & Wakefield | Thalhimer “to explore its options in light of the news that Regal Cinemas will be winding down operations.”

“In the coming months, we plan to engage the surrounding community, including neighborhood associations and area businesses, and the City to develop a plan for the property that honors the historical significance of the Westhampton Theater and the Libbie and Grove corridor,” the statement continued.

Guillot did not expand on any additional plans the family may have in store for the 57,000-square-foot theater and its 1.3 acres. But it seems they’re not done snatching up real estate on that block of the coveted Libbie-Grove corridor.

Click here to continue reading about the future of the Westhampton Theater on RichmondBizSense.com.