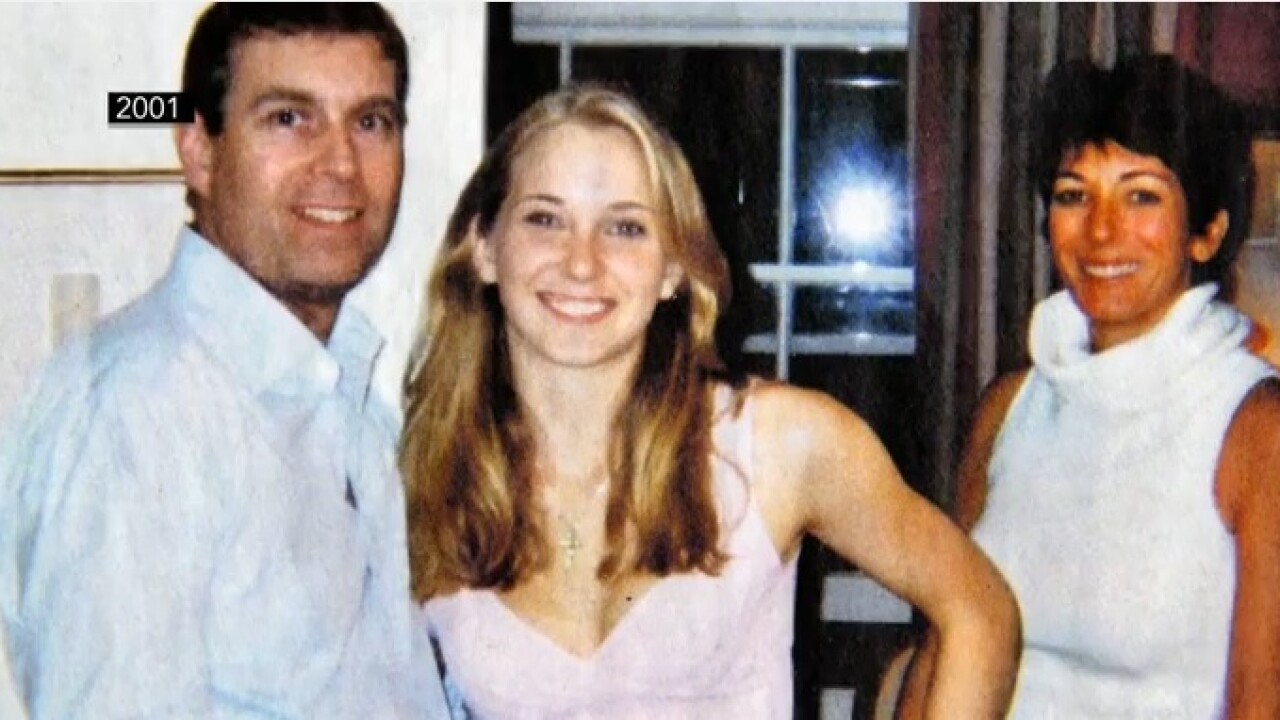 In his first public remarks since being accused of having sex with an underage American woman, Britain’s Prince Andrew briefly addressed the allegation before a crowd in Davos, Switzerland.

“Firstly, I think I must, want, for the record to refer to the events that have taken place in the last three weeks. And I just wish to reiterate and to reaffirm the statements which have already been made on my behalf by Buckingham Palace,” he said Thursday at the World Economic Forum.

Earlier this month, Buckingham Palace issued a statement which said, “It is emphatically denied that the Duke of York [Andrew] had any form of sexual contact or relationship” with the woman. “Any claim to the contrary is false and without foundation.”

Andrew is a son of Queen Elizabeth II and a brother of Prince Charles, the next in line for the British throne.

The court documents showed that her lawyers had sent a letter to Buckingham Palace asking to interview the prince under oath.

In her sworn affidavit, the woman described Buckingham Palace’s denial that sexual contact ever took place between the pair as “false and hurtful to me.”

The woman, identified by Buckingham Palace as Virginia Roberts, first named the prince in a civil motion filed December 30 in the U.S. District Court in southern Florida in which she claims she was forced to have sex with several men. She is referred to as Jane Doe No. 3 in the legal filings.

In the letter the woman’s lawyers sent to Buckingham Palace, attorneys Paul Cassell and Bradley Edwards asked to interview Prince Andrew “under oath regarding interactions that you had with Jane Doe No. 3 beginning in approximately early 2001. Jane Doe No. 3 was then 17 years old.”

The letter includes a picture of the woman and Andrew which was taken around that time, they say. The lawyers also want to discuss subsequent interactions with their client in New York City later that year, the letter says.

New court pleadings involving the relationship between Jane Doe No. 3 and the prince are being prepared, the letter adds, but their filing will be delayed if Andrew accepts the interview request by January 19.

The attorney for her legal team confirmed to CNN that Buckingham Palace had refused to accept the letter to Prince Andrew and that it was returned to them.

Buckingham Palace didn’t respond Thursday when asked by CNN about the letter.

But the woman’s allegations have previously been firmly rejected by Buckingham Palace.

“It is emphatically denied that the Duke of York had any form of sexual contact or relationship with Virginia Roberts. Any claim to the contrary is false and without foundation,” the palace said early this month.

Statement: I just called him ‘Andy’

Prince Andrew is named in the court filing in Florida as one of a number of prominent people who allegedly had sexual contact with teenage girls through self-made billionaire Jeffrey Epstein, who pleaded guilty some years ago in Florida to a state charge of prostitution solicitation.

In her first sworn statement to the court, Jane Doe No. 3 gave more details of the alleged encounters.

“Epstein made me have sex with Prince Andrew several times,” she said, according to the court document.

One day when she was in London, she said, Epstein told her she would be meeting a “major prince.”

She continued: “Epstein told me ‘to exceed’ everything I had been taught. He emphasized that whatever Prince Andrew wanted, I was to make sure he got.”

When the prince arrived, she was introduced, she said, and “we kissed formally, cheek to cheek.” The group went for dinner and to a nightclub where she was served alcohol before returning to the townhouse. The picture referred to in the letter, of the prince with Roberts, was taken there, she said.

After the pair were left alone, she said, “We went to the bathroom and bedroom, which were just steps away from where the picture was taken. We engaged in sexual activities there. Afterwards, Andy left quickly with his security.”

She said she had reported back to Epstein on the encounter next day, telling him, “It went great.”

“I told Epstein about Andy’s sexual interests in feet. Epstein thought it was very funny. Epstein appeared to be collecting private information about Andy,” she added.

Roberts also gave details of two more alleged occasions when the pair had sex. One was in Epstein’s New York mansion in spring 2001, she said, when she was 17.

“I was around 18 at the time. Epstein, Andy, approximately eight other young girls, and I had sex together.”

Roberts rejected the palace’s denial of the allegations and said she hoped Andrew would agree to be interviewed under oath. “I did have sexual contact with him as I have described here — under oath,” she said.

“Given what he knows and has seen, I was hoping that he would simply voluntarily tell the truth about everything.”

Roberts and another woman are seeking to join two other women who are arguing in federal court for the U.S. government to reexamine its case involving Epstein.

The investment banker agreed to a state plea deal in 2007 and began serving an 18-month sentence in 2008, according to court documents. He pleaded guilty to solicitation of prostitution and procurement of a minor for prostitution.