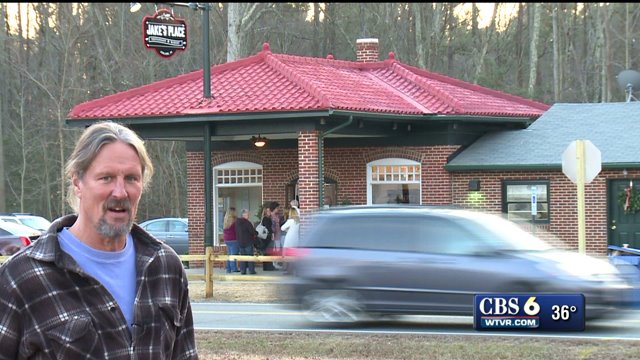 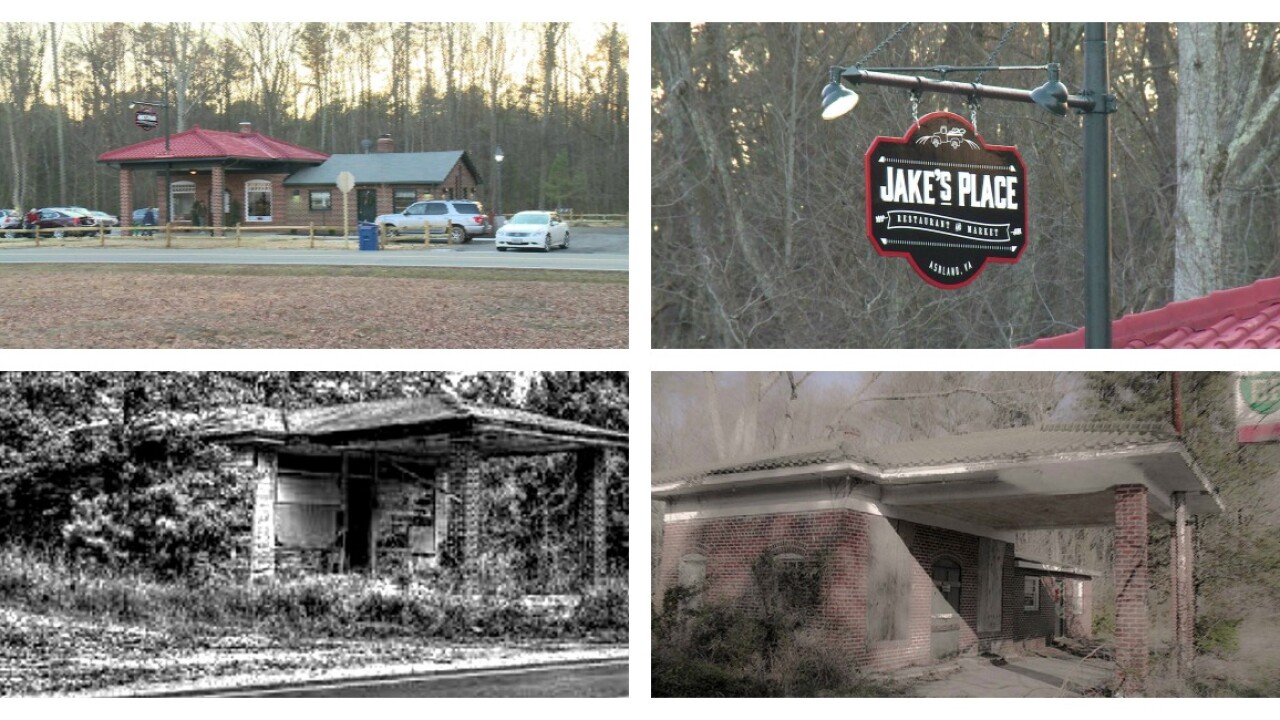 ASHLAND, Va. -- For the better part of 30 years, Jacob “Jake” Speers' old  gas station and dry goods store on the western edge of Ashland was a an eyesore.

“A wreck,” recalled one fully grown man whose school bus used to drive by it every day.

“It looked like mission impossible,” said John Yohman, the co-owner of the new restaurant that just opened in the old BP station. “I thought I was in for a long battle, and I was.”

The transformation of Speers’ old dry goods store and gas station into a sweet restaurant is the talk of Ashland --and beyond this so-called “center of the universe” 15 minutes north of Richmond.

Back in the 30s, 40s, and 50s, Jake Speer’s place was a prime gathering spot. You could find the mayor there, or the police chief, or any number of country bumpkins dreaming of hunting gear.

“I started buying my sporting goods here when I was a kid,” recalled Tuck Davis as he settled in for a meal Thursday evening. “My first fishing gear. My first gun.”

Patrons fondly recalled the somewhat eccentric Jake Speers, a man who had his goods stacked up like a hoarder, with paths cutting through the stock. If you could name it, he could find it. It might be in battered box, but it would be the real deal.

And Jake’s wife, Rosalee, was a much-admired figure in this once very countrified slice of Hanover County. Davis recalled how she would take young folks out in front of the store to show them the Northern Lights.

Jake’s eccentricity bumped up a notch after his wife died. The old gas station fell apart as the elderly  Jake (reportedly rather  wealthy)  wheeled around the area in his convertible Cadillac, often in the company of young ladies, a rather obvious wig on top of his head and wearing a layer of makeup you might see at a drag show. He died about 15 years ago. (I remember, as a much-younger man, seeing him and saying hello in the Ashland Ukrops. I can’t recall someone rocking such a garish wig so happily.)

Wendy Yohman recalled watching the distinctive gas station languish as a young girl, wondering year after year who would fix it up and finally reopen it.

As it turns out, it was her, her husband and the building’s relatively new owner, Sumpter T. Priddy, who finally dug all the debris away, filled in the swamp around the store and set the table for the like-new rehab job.

Jake’s Place Restaurant and Market, which is in its second week of operation, specializes in “Southern Comfortable” food and features homegrown goodies from the Yohman’s commercial garden operation a few miles away.

Patrons I spoke with absolutely loved it.

I had fried pickles and green tomatoes, brisket, pulled pork and catfish. I also got to taste the collards and shrimp, grits and scallops. Because the place was so crowded, I had to sit with a stranger who didn’t mind sharing.

It was all superb. I didn’t know these folks until I went, so I’m not giving them special treatment.

It is one of the most remarkable turnarounds of a keystone business that I can recall. The western entrance to Ashland no longer looks so sketchy.

Both Wendy and John Yohman (who was a longtime roller coaster mechanic for King’s Dominion) said it’s very gratifying to see and hear the positive response after all the hard work.

As Wendy said, “I’ve had a couple of people who have come in, stick their heads in the dining room . . . and say, ‘You’ve brought all the people back.’”