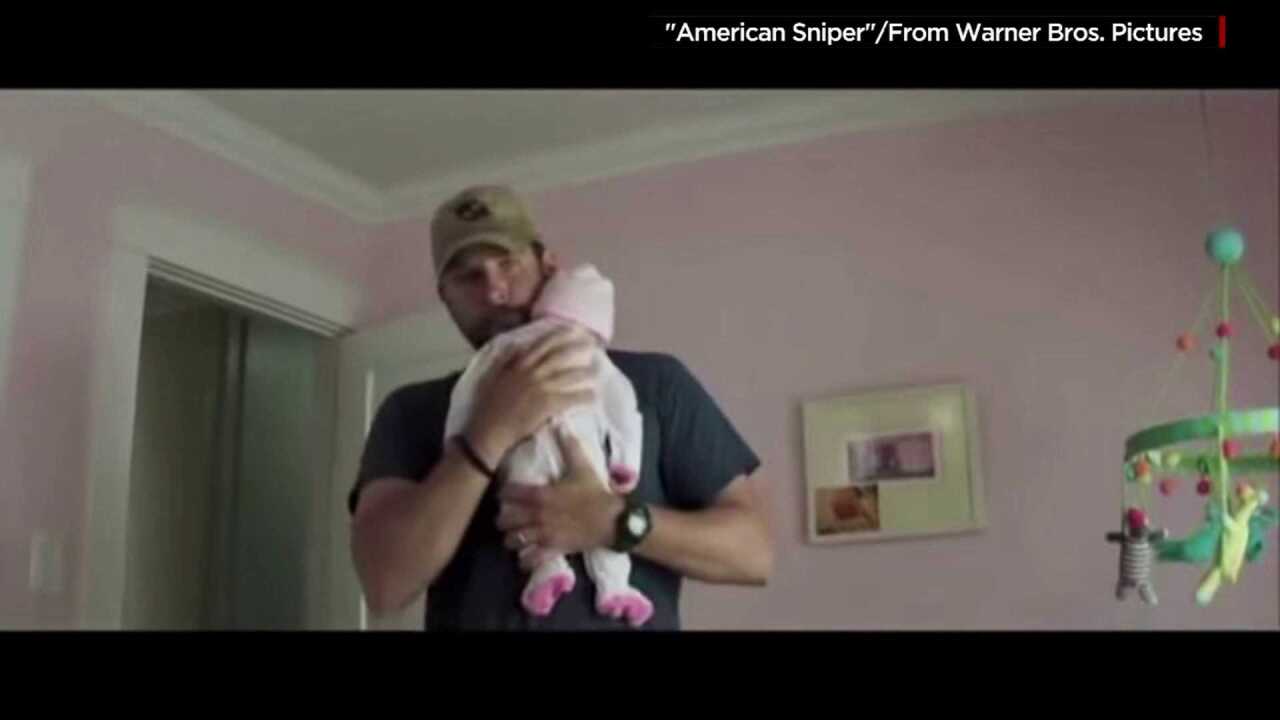 Can you spot the fake baby in the most popular movie right now in America? Critics are taking potshots at "American Sniper" -- over a plastic doll.

In fact it’s hard to resist sniping at 'American Sniper' once you notice what's wrong with the scene.

She may sound like she's crying, but she doesn't have a heartbeat and moviegoers weren't fooled.

“Like, why couldn't they get a real one?" asked moviegoer Merrell Daly.

"Yeah, during that scene which was a heavy scene, I started laughing; then had to bite my hand 'cause nobody else was reacting,” commented McWeeny.

But they are now, with tweets like, “If that fake baby from American Sniper doesn't get a best supporting fake baby nomination, I will be outraged.”

BRADLEY: I worked out 4 hours a day for months to realistically depict a Navy SEAL CLINT: here is a plastic dead baby

I don't get all the American Sniper love. But I do understand Bradley Cooper's nom.He had to hold that fake baby and not laugh.That's skill!

Bradley Cooper and his movie wife, Sienna Miller, did their best to make the fake baby convincing, but for Mcweeny, "When that baby hit, everything went away except that baby."

The filmmakers did try to use a real baby, but things went amiss. In a since-deleted tweet, screenwriter Jason Hall said, “Hate to ruin the fun, but real baby #1 showed up with a fever. Real baby #2 was no show. Director, Clint Eastwood voice:"Gimme the doll, kid."

Why would Clint Eastwood settle for a fake?

"Eastwood shoots so fast, and is notorious for one or two takes; then you move on,” McWeeny said. “I'm guessing the baby was the last thing he cared about in that scene."

But of course fake baby now has her own Twitter account, and tweeted, “I am not straight from Toys R Us. Thank you very much.”

In the midst of this deadly serious scene, Bradley Cooper moves his thumb to make the baby's arm move. Cooper deserves an award for best grunt while picking up a practically weightless plastic baby.