Child lobbying for medical marijuana has seizure at General Assembly 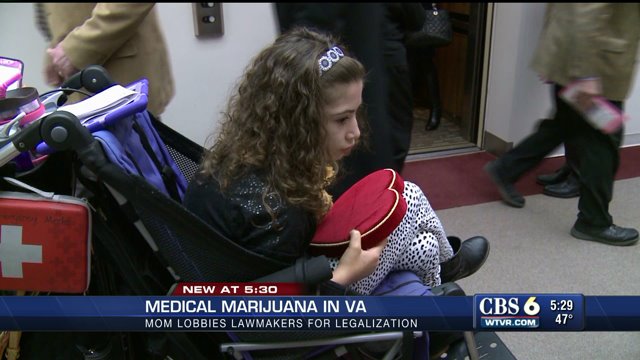 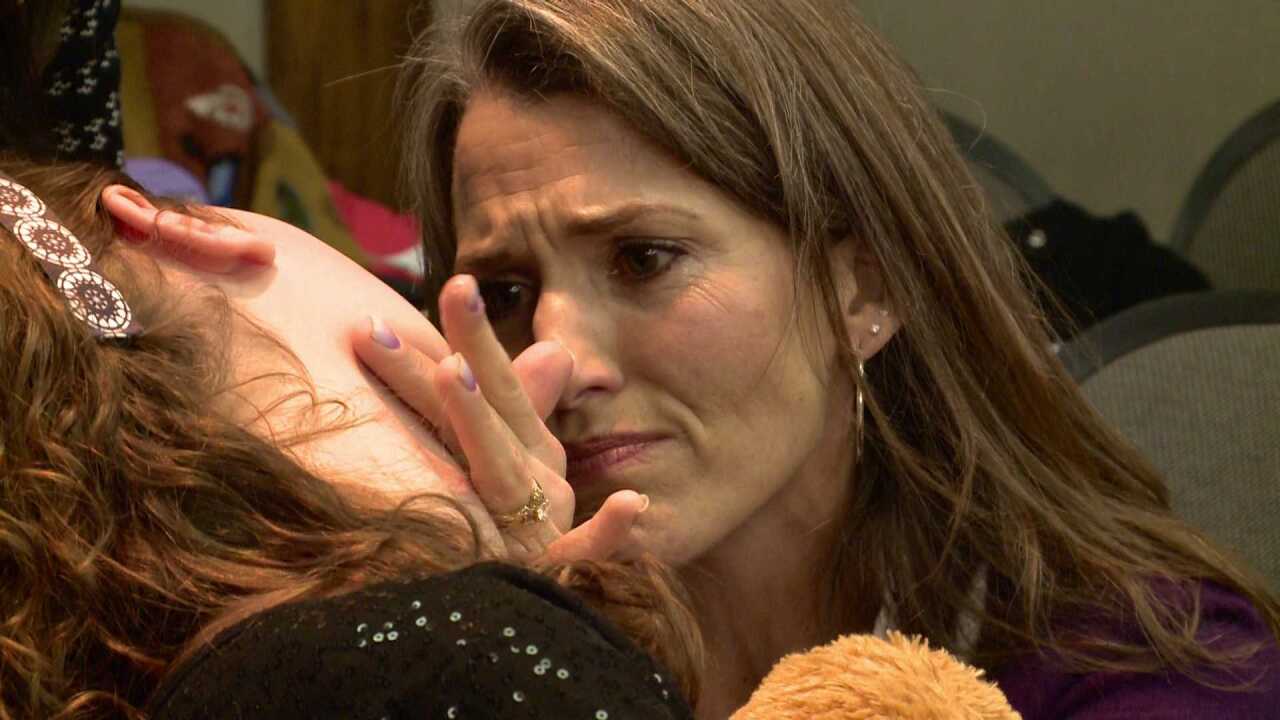 RICHMOND, Va. -- A young girl whose family has been leading the charge to expand Virginia's medical marijuana laws had a seizure at the General Assembly Thursday. Northern Neck mother Lisa Smith thinks her daughter Haley should be permitted to use medical marijuana, because the cannabis oil helped her daughter’s seizures. CBS 6 first met Lisa Smith in March of 2014.

Cannabis oil is derived from the leaf of the marijuana plant and often put into a syringe to consume orally. Smith and Haley joined other families who went before a Senate committee to talk to lawmakers about expanding the state's current laws. Last year, Haley, who suffers from Dravet Syndrome, had 1,200 seizures -- about 400 more than she had in 2013. Haley suffered a seizure on Thursday, in front of the committee.

"I think it opened their eyes to see it is real," her mom said. "There is nothing left for Haley to try -- only a medical marijuana study.”

CBS 6 spent the day with Haley as she lobbied lawmakers with hugs, carrying her Big Heart candy box given to her by Delegate Ken Plum.

The Smiths weren't alone Thursday. They were joined by other families seeking the right to use medicinal marijuana, including the Collins from Northern Virginia. Jennifer Collins, 15, suffers from seizures as well, and while she used medical marijuana when she lived in Colorado, she can't now that she is back in Virginia.

"I could do better in school, I could get off my meds which has outrageous side effects," Collins said.

Critics, including many in the General Assembly, are skeptical.

Some lawmakers are concerned that the science isn't there yet to prove cannabis oil really works. Others have reservations about passing something that Congress still deems illegal.

"I need to see the research," Senator Jeff McWatters said.