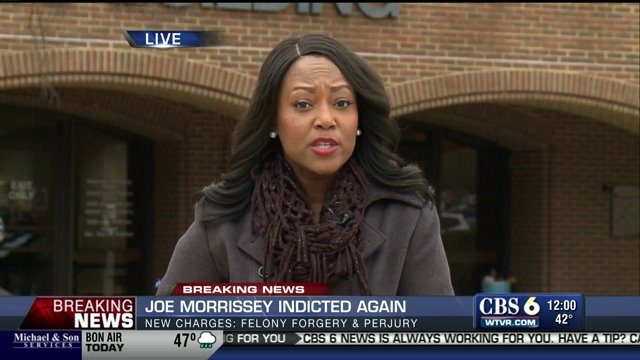 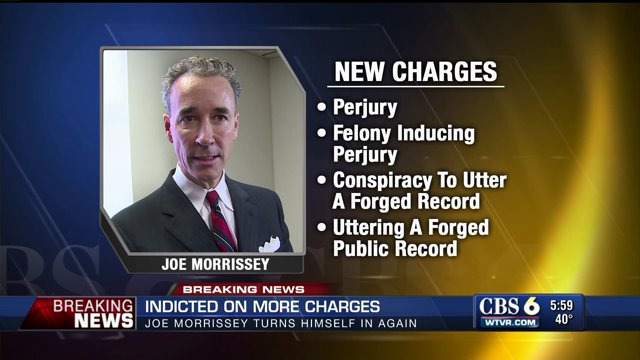 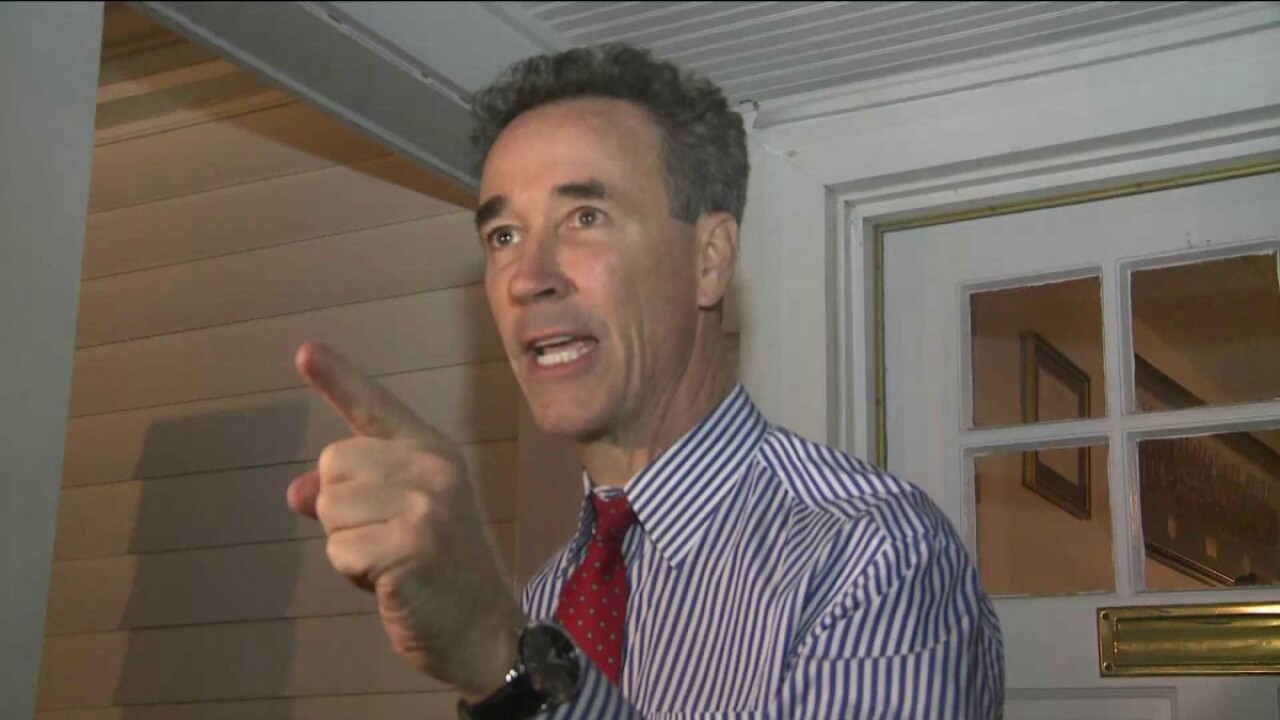 "I keep moving forward one step at a time. "This is a very harmful, mean spirited blow but I'll do what I've always done I'll prevail," Morrissey told CBS 6.

The charges were related to an allegedly forged document used in his recent trial over contributing to the delinquency of a minor charges.

The mother of the teenager at the center of the initial contributing charge was also indicted. Deidre Warren faces felony charges related to the document,  along with a perjury charge and conspiracy.

"Morrissey caused [the teenager's] mother to testify at his plea hearing in which she falsely asserted that the forged order was true and correct, which is alleged to constitute perjury, a felony punishable by up to 10 years in prison," special prosecutor William Neely wrote.

"The Henrico detectives, after they received a complaint, went to the Chesterfield juvenile court files and discovered there is no such order there - never has been," Neely said to CBS 6 in an exclusive interview Wednesday morning.

The document in question was presented as evidence during the hearing and entered into the official court record, according to police and court documents. It was purportedly a court order that spelled out how the teenager's father would pay child support to her mother. The father, Coleman Pride, said his signature on the document was forged. Police also noticed irregularities, like the lack of a judge’s signature and an official inked stamp.

Henrico Police searched Morrissey's two law offices in the days following his trial for evidence about the allegedly forged document.

The official release from the court stated that the Alford plea previously entered by Morrissey did not cover any new felony charges. In doing so, Morrissey admitted there was enough evidence for a jury to convict him on charges tied to an inappropriate relationship with a former teenage staffer. He was sentenced to six months in jail and was permitted to serve time on work release.

Interesting Morrissey was actually inducted on 1/12 however it was sealed...prosecutor tells me he believes judge want election integrity

After his arrest, conviction and sentencing on the contributing charge, Morrissey won a special election to keep his seat in the Virginia General Assembly. He was asked to step down by Democrats, and he did. He then ran again as an Independent in the special election.

The indictment was actually sealed on Jan. 12, which was the day of the special election. The prosecutor said he believed the judge wanted election integrity.

"This is a truly painful and embarrassing chapter." - House Speaker William Howell

"This is a truly painful and embarrassing chapter for the oldest continuously operating legislative body in the world," House Speaker William Howell said in a statement upon learning about the most recent Morrissey indictments. "The House will evaluate these new indictments as it pertains to disciplinary action. As I have said before, we are considering all options as we determine the appropriate path forward for the House of Delegates as an institution and the Commonwealth of Virginia."

On Wednesday the judge presiding over the case said that he wanted a new special prosecutor to handle the next phase of this case.

Morrissey has accused Neely of "having a vendetta against him."

CBS 6 reporter Joe St. George has learned the latest indictment has renewed efforts in the General Assembly to expel him, something that has not been done since the 1800s.

"I think he needs to go," Delegate John O'Bannon said.