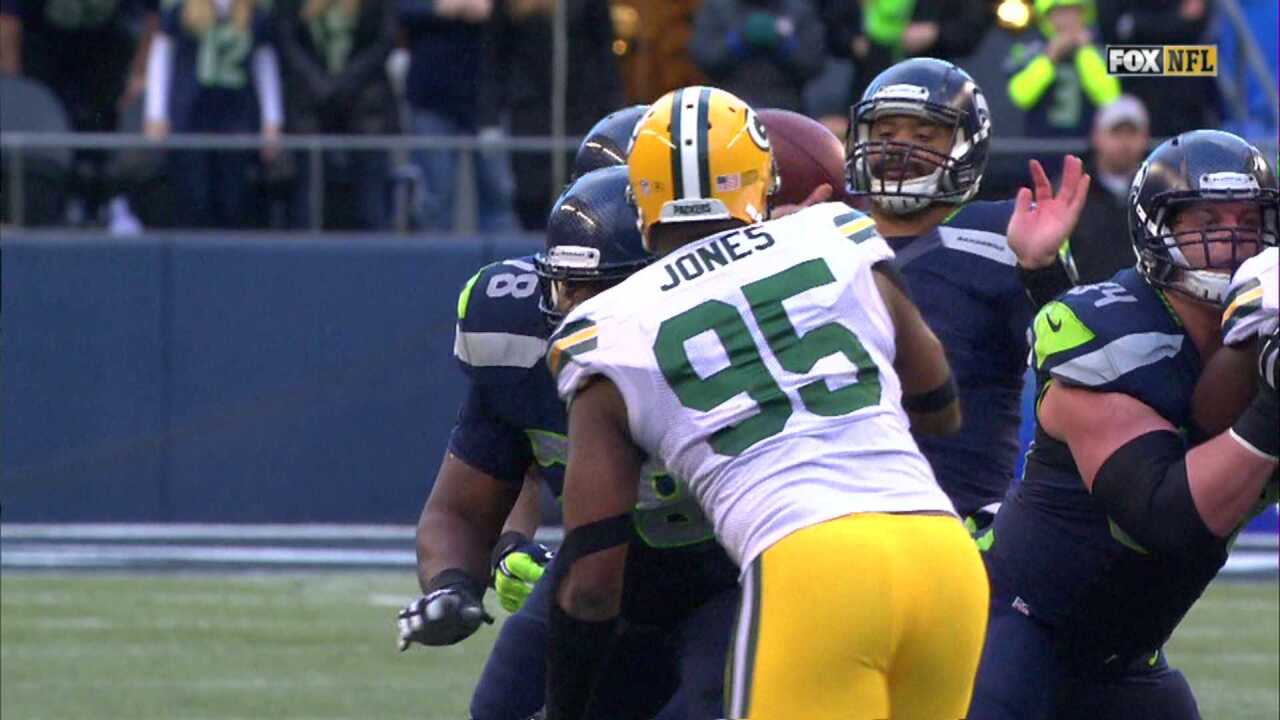 SEATTLE — Not every Green Bay Packers fan was heartbroken following Sunday’s overtime loss to the Seattle Seahawks in the NFC Championship game.

One Packers fan posted an emotional “thank you note” to Seattle on Craigslist, according to a report on Q13Fox.com.

“First of all what a great game yesterday. Both teams had their ups and downs and as a Packer fan I must say the end was not what I expected. The reason I am posting today is to let others know of the kindness shared to my 10 year old son by a 12 year old girl from Seattle at the game .

My son lost his best friend in the world last week after a short illness. He grew up with Boo from about one year old. Boo was my sons dog, his best friend, the one who played with him, shared most all home meals with him and loved him no matter what. About 3 months ago Boo was just not himself and after a vet visit we all learned his time on earth was very short. Well Boo went to dog heaven last week and my son knew for the first time in his short life the feeling of losing someone you love.

I was lost as how to help him heal , and out of no where a dear friend offered us two tickets to the game in Seattle. I got the tickets, bought the plane tickets and called a friend of mine in Seattle to see if we could bunk for the weekend. All was ready so I told my son. He was very excited and for a minute seemed to be doing better.

Off we went and boy what a great time we had. Seattle is such a wonderful city and to see our much loved Packers play could it get any better. Sunday arrived and off we went to the game. Great seats, loud, exciting, nothing better then this I thought.

We were seated next to a large family of Seattle fans so what joy we were having kidding them as our Packers run off to a lead. My son was sitting right next to a young girl of 12. They talked and seemed to be having a great time.

Well we all know that the Packers played a great game but a win was not to be had. After Seattle scored in overtime I noticed the young girl was crying and still sitting in her seat. Her father talked to her and gave her a hug. When we were leaving I asked the father if the girl was crying for joy by the win and to my shock he told me no, she was crying because she wanted the Packers to win because she knew my son had lost his dog and she thought he needed this more then she did. I kept this to myself on the flight home.

While my son was having our dinner meal he looked at me and said he was glad that Seattle had won. I was surprised and ask him why. He looked at me and told me the girl sitting next to him had lost her cat to a dog attack only the day before and he wanted her to have something to help her feel better.

Football will never be the same to me. So Thank You Seattle for the great game, and Thank You God for putting so much love for others to these two young people. Wishing Seattle only the very best but know the Pack Will Be Back!!!!!!!!”