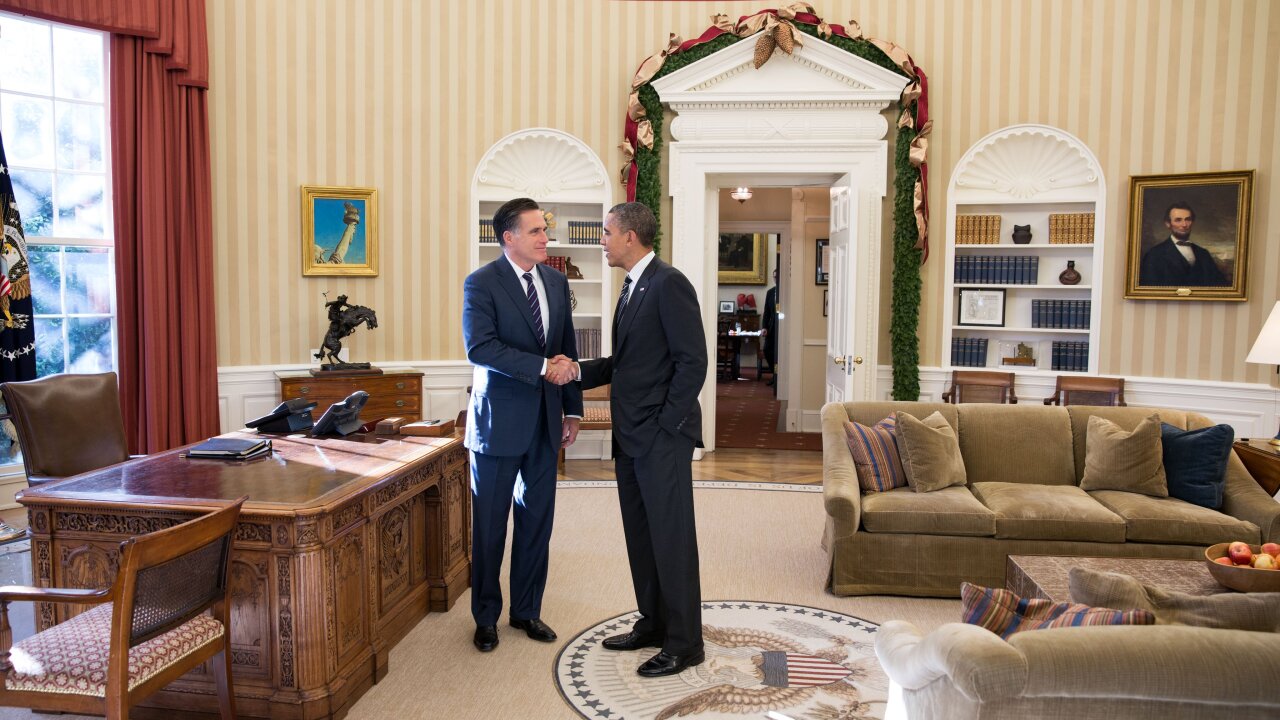 WASHINGTON DC — The political world has had plenty to say this week about the surprising, sudden and very real new potential for a third White House run by Mitt Romney.

But not President Barack Obama, the man who beat Romney when the two squared off in 2012.

Asked at the end of a long, unrelated question about Iran sanctions if he’d also like to say anything about Romney, President Obama broke into a broad grin.

“Um,” said the President. “On your last question, i have no comment.”