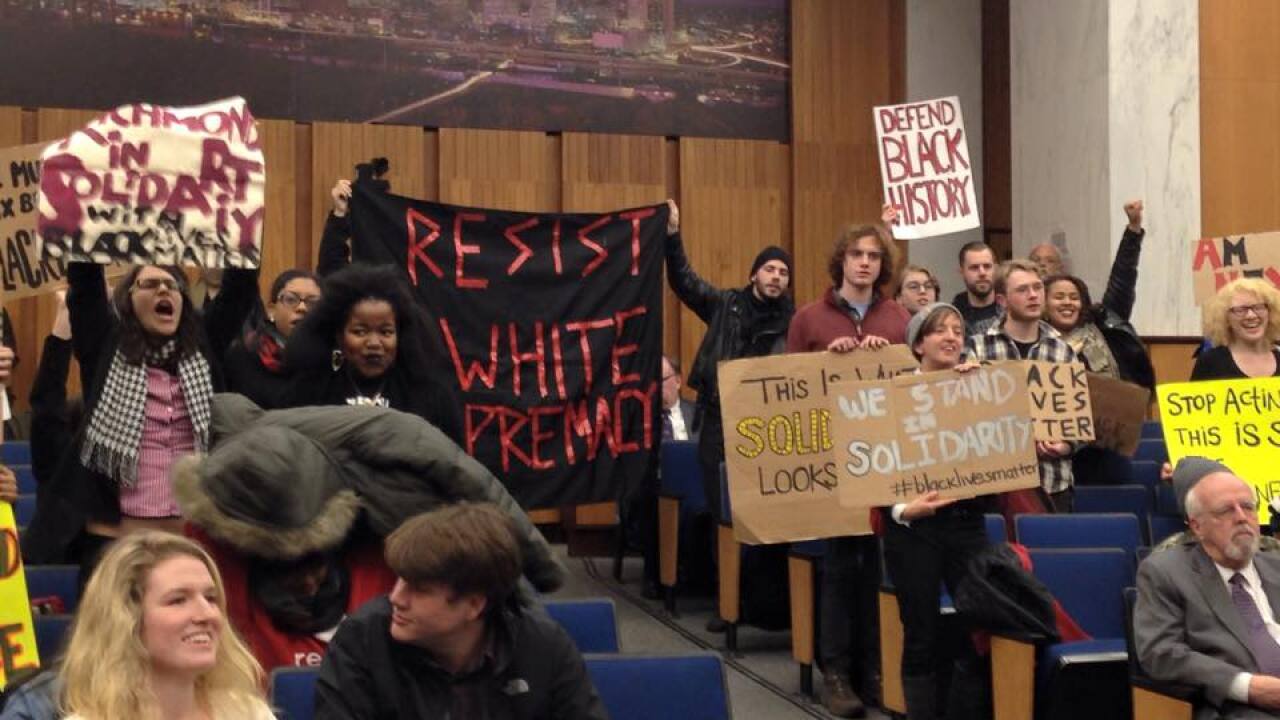 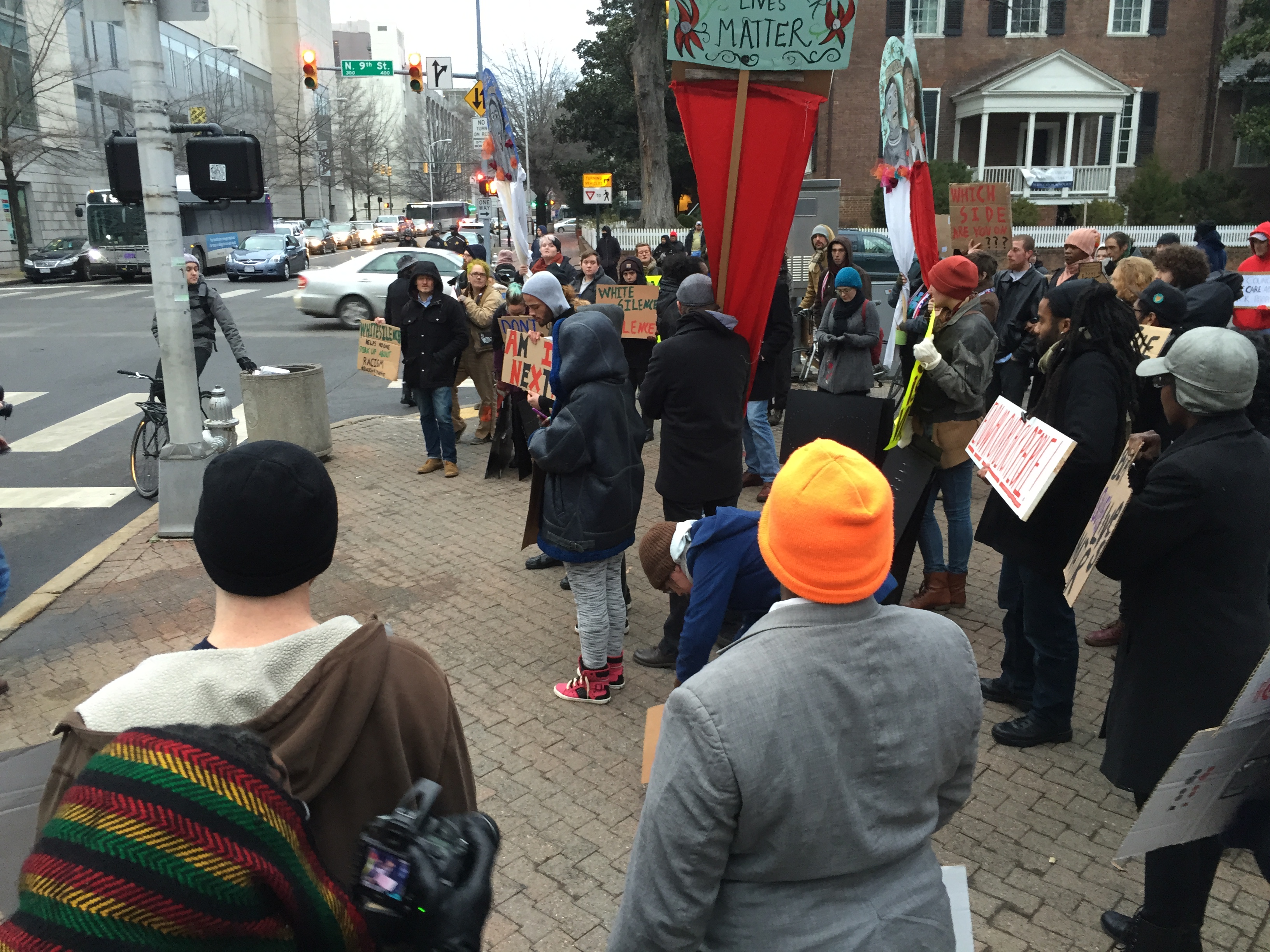 RICHMOND, Va. — Justice RVA, the group that held a #blacklivesmatter demonstration at a Richmond City Council meeting on Monday night, planned to hold several vigils around the city. The demonstrations are part of the National Day of Action and will continue through Martin Luther King Day on Monday, the group said.

“Tonight the community will be gathering for a vigil and speak-out to articulate the ways in which black lives are challenged, disrupted and taken by a local and national system that doesn’t value those that are black and poor, queer, trans, disabled, hungry, young, old, working, sick, incarcerated, in schools, in public housing or even black and just breathing,” the organization wrote in a statement released to the media.

The vigils are scheduled to take place at the following locations:

“Signs will be demonstrative of how the #blacklivesmatter movement encompasses the vast array of issues that disproportionately oppress Black people in Richmond,” a group spokesperson wrote. “Grievances include the neglect of Richmond Public Schools at the same time that Mayor Dwight Jones is attempting to build an expensive baseball stadium in Shockoe Bottom; the lack of monuments and sites of honor for black historical figures from Richmond, the lack of affordable housing and conditions in public housing; and the displacement of public bus service from the Broad Street corridor as the city prioritizes the UCI Road World Championships over ordinary Richmonders’ public transportation needs.”